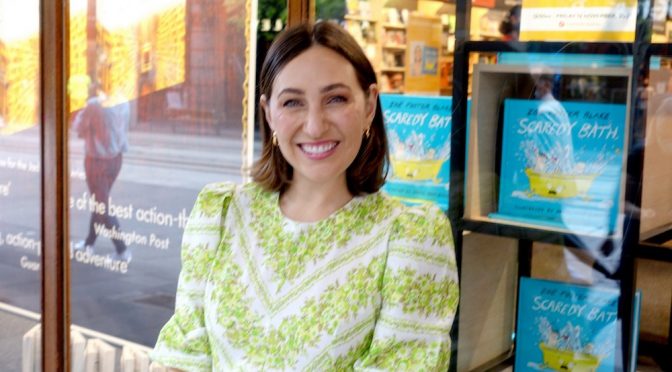 Zoe Foster Blake is best known for her beauty and skin care products which she sold for $89,000,000 to beauty company BWX but retained 68% of her company.

She is also known as the partner of radio and television personality Hamish Blake.

Prior to her marriage and giving birth to her two boys she was also a successful novelist.

She was at Dymocks bookshop to promote her fourth children’s book, ‘Scaredy Bath’. It’s about a bathtub who feared bath time because of the chaos that occurs with writhing children in it, the heat of the water, sticky goo, poo and the occasional vomit.