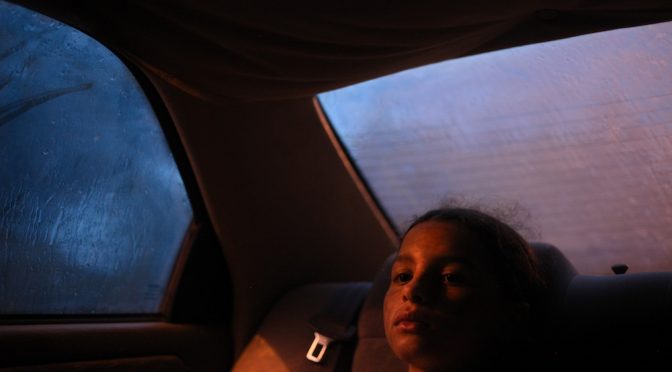 An image of a pensive young girl in the back of a dimly lit car has taken top honours in the annual Australian Life photography competition.

The image was captured by the competition’s youngest ever entrant and winner of the $10,000 cash prize, 19 year-old Georgia Brogan from Blackheath, NSW.

Georgia, who is studying a media arts and production degree at the University of Technology Sydney, took the image of her 11-year old sister during Sydney’s 2020 lockdown.

The image was selected from hundreds of photos and 28 finalists for its cinematic beauty by a panel of judges including National Geographicphotographer Michaela Skovranova, Magnum Photo Agency member Trent Parke and TV personality Justine Clarke.

“The colours and look of the image are nostalgic and romantic – it’s absolutely beautiful,” said Trent.

“Every time I see it, I want to put it on the cover of a book. I absolutely love it.”

“The photo encapsulates what we’re going through at the moment – we don’t know where we’re going or what’s happening. It questions freedoms of movement and uncertainty – it’s a beautiful image,” added Michaela.

With the annual outdoor exhibition of finalist images cancelled due to Covid, Lord Mayor Clover Moore announced the winner today during a live stream on YouTube and Facebook.

“Since it began 18 years ago, Australian Life has become one of the most popular events in our year-round celebration of Art & About,” the Lord Mayor said.

“It’s become such a favourite, I think, because it gives us all the opportunity to reflect on life in Australia over the past year – and what a year this one has been!

“We had hundreds of entries this year and, since we broadened the focus nationally, they are now coming from all around Australia – from Papunya to Bathurst Island and Canberra to Mount Kosciusko.

“The finalist images are all well worth seeing, and I’m so pleased we were able to create a digital gallery to give everyone that opportunity and the chance to vote for their favourite.”

For the first time, a People’s Choice winner was also announced. It Always Rains Before Kick-Off features a young football fan feeling the rain on his face minutes before kick-off for the Tiwi Islands grand final. The image was captured by Elise Derwin from Lismore Heights, who won a $5,000 Olympus photography pack.

Here are some other pics from the Australian Life online exhibition.