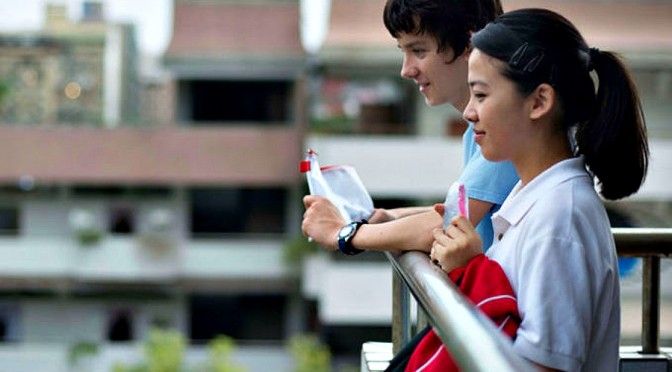 Asa Butterfield plays Nathan, a number crunching nerd on, as they say, the spectrum, although his Asperger’s is as benign as an asparagus and it’s noughtism rather that autism that drives his binary braininess.

His social arrhythmia seems to be subtracted when focused on factors, centered on integers, pining for primaries, and longing for logarithms.

His mum, played with affable fragility by Sally Hawkins, is at her wits end to fathom the fraction of affection she is returned by her distant son, but like all caring, supportive and loving mums, perseveres in trying to understand his perverse emotional boundaries.

A gruff maths teacher engagingly played by Rafe Spall suggests Nathan apply for The Maths Olympiad and through his encouragement Nathan finds a place in the UK team and finds himself in competition in Taipei against the sum of all peers.

It is here that the pangs of first love penetrate even Nathan’s nerdy reserve in the person of Jo Yang, beautifully observed by Zhang Mei.

True, the narrative is formulaic, but it’s a formula that works when the equations feature a superior cast, including the ever reliable Eddie Marsan as the chef de mission of Nathan’s national number-nerds.

Morgan Matthew’s mainstay has been documentary films, a discipline that has transferred marvellously to this material.

It’s as simple as A B C to fall for X + Y, a stunning small film that suffers no subtractions only additions and multiplications. Do the maths.