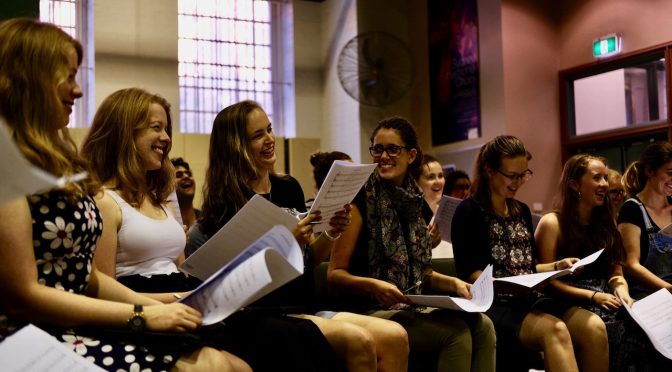 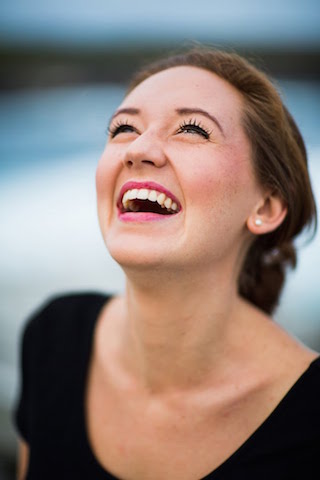 Vox is the young adult choir under the umbrella of the Sydney Philharmonia Choirs. Its latest concert, ‘Wonder’, presented original choral works and arrangements for choir which explored the joy and fragility of childhood.

This vivid hour of music was thoughtfully programmed and narrated by Vox’s conductor and musical director Elizabeth Scott is an asset to Sydney Philharmonia Choirs and wonder-ful musical parent to the talented vocalists of Vox.

The choir’s crisp and agile unison voice, a cappella precision, timbral diversity and impressive composite talents of Vox members in ensemble and solo roles were keenly showcased in this compact concert event.

Through varied pieces and solo spots, joy or wonder were explored alongside tragedy and loss. The emotional predicaments leading to the ten composers’ creations were always developed in clear,
colourful and slick performances.

A joyous resilience and sharp momentum resulted from Vox’s refined attack and arsenal of technique with which to manipulate their choral sounds to instantly achieved the required pure and intense emotions. Exquisite ensemble blend, controlled soft singing, instrumental-like vocal accompaniments and staggering control with flexibility of tone to emphasise even single syllables of text were the order of the afternoon.

The clever and entertaining vocal works of Martin Wesley-Smith should be more frequently programmed. Here, Vox promoted this composer with excerpts from his work Who Killed Cock Robin (1979) for chamber choir. We also heard the Wesley-Smith’s conservation song Who Stopped the Rain?

All pieces were a delight and the choir devoured the intricate textural challenges and complex musical humour. ‘Freddie the Fish’ and ‘I’m a Caterpillar of Society’ were offered to us by Vox with candid and complete caricature as well as a modern child’s affinity with conservation.

Heartache in Eric Whitacre’s When David Heard was sung with a wealth of word painting across a well-handled myriad of languages. In this work one line of biblical text on King David losing his child Absalom is repeated in several languages and musical guises. Vox delivered these intensities and linguistic challenges with skilful musicianship and focussed sorrow, fulfilling the composer’s wish to convey sorrow and grief after a friend’s son died.

The return after that to English only for excerpts from John Rutter’s Five Childhood Lyrics featured continued clear text delivery despite the texture or vocal part structure. The choir were as always sympathetic accompanists for their colleague’s solo voice in Rutter’s quirky manipulation of childhood nursery rhymes.  The requisite subtle atmosphere and balance in Rutter’s work were successfully supplied.

Profound sorrow and measured degrees of stillness were produced across the choral parts early in the hour as Vox sunk into the grief of Australian composer Nigel Westlake’s Nasce la gioia mia (My Joy is Born). Continued demonstration of precision, balance of parts and cutting-edge colouring of music and words across any language featured in this outpouring.

One exciting creative force in the programmed music was Ella Macens, a local composer who was present on the day. Her beautiful lullaby in Latvian text, Neviens Putninš was in good hands with Vox.

Contemporary choral devices which can challenge choirs were many in this work. Birdsong sound effect, a flux of shifting tensions and eventual resolutions, greater division of the standard vocal parts and the chance to float with timeless modern lyricism were mastered like veritable childs-play by this athletic choir. The result was a memorable performance of Macens’ choral extension of the original Latvian tune.

The concert concluded with arrangements by Australians of pop songs ‘Fragile’ (Sting arr. Carl Crossin) and ‘Isn’t She Lovely’ (Stevie Wonder arr. Andrew Piper- from Idea of North). Again the pieces benefitted from contrasting individual  sounds of two soloists from the ranks of Vox. These vocalists were engagingly pitted against  the vocal band’s intricate accompaniment.

These familiar pop songs ended the concert with in exciting and innovative style. The success of these arrangements again owed as much to Vox’s virtuosic ability to deliver lyrics and emotion as well as be fit enough for the gymnastics required to bring the score to life, sounding quite effortless.

Throughout ‘Wonder’ we as audience often watched the performances in youthful, joyful and justified wonder as Vox entertained us with prodigious talent, disciplined and timeless choral communication and an ability to create stunning sonic atmospheres.