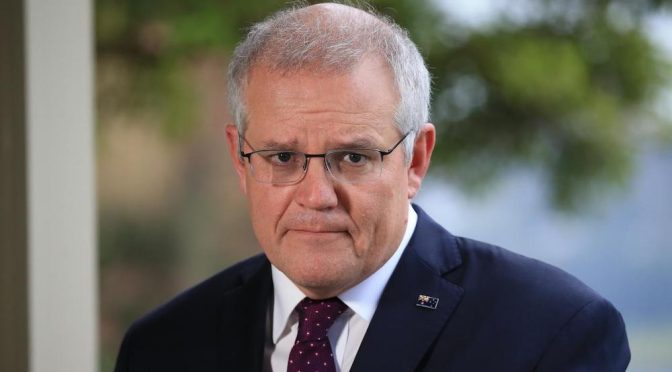 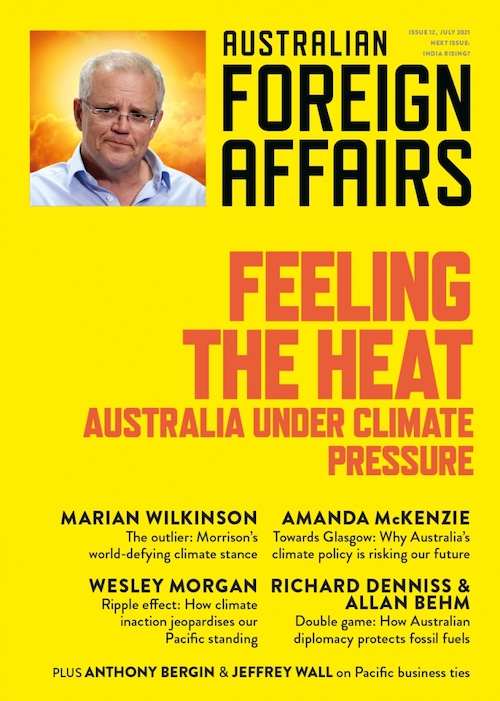 Feeling the Heat, Australia under climate pressure, an article published in the latest edition of  the Australian Foreign Affairs journal, comes just at the time Australia prepares for the Glasgow Summit (COP26).

The battlelines are drawn. Will the Federal government declare the target of net zero by 2050? Will the upcoming demonstrations and other calls for climate action across the country be heeded? Does the Australian government understand that the European Union’s imposition of a carbon border adjustment on our exports demonstrates its determination to create a level playing field?

While the EU intends to reduce emissions by 55% by 2030 and reach net zero by 2050, Australia prevaricates, obfuscates and procrastinates. Does the government understand how it is risking our future?

This issue of Australian Foreign Affairs (AFA) addresses these questions. AFA is an independent, non-government publication. Its contributors are some of the best minds in the country.

The contributors to the article  present a powerful explanation in easy-to-read language that sets out the foolishness of our government. The contributors are: Marian Wilkinson, author of The Carbon Club and highly respected journalist; Amanda McKenzie, CEO of the Climate Council; Wesley Morgan of the Griffith Asia Institute; Richard Denniss, Chief Economist at the Australia Institute; and Allan Behm of the Australia Institute.

Marian’s article is not a summary of her esteemed book The Carbon Club. Mostly new material in clear language here, she “probes how Canberra is responding to international pressure on climate and asks if we are at the political tipping point”. She reveals the mechanism behind Australia’s decades of inaction and how influential science sceptics and some business leaders control much of the government.

This AFA issue confirms my view that these controlling miscreants care little for the global calamity. They only care about delaying their own inevitable calamity to the detriment of us all.

The carbon purveyors attempt to fool the public. But we aren’t fooled. Surveys reveal that 80% of Australians want serious climate action. Not listed in Feeling the Heat but now becoming public knowledge are the many actions planned before the Glasgow Summit. These include the October 15 School Strike for Climate (International) with many major Australian climate groups joining the action, including the Climate Justice Union.

On October 17 and 18 Australian Religious Response to Climate Change (ARRCC) has a nationwide event. There are dozens of petitions circulating on social media gaining thousands of signatures. As we move toward the Glasgow Summit there will be more and more pressure on the Government.

Together these five prominent Australians set out the current state of play. Can the 80% of Australians defy and defeat the fossils in Government in time for the Glasgow Summit?

Australian Foreign Affairs is published three times a year by Schwartz Books, an independent publisher based in Melbourne.