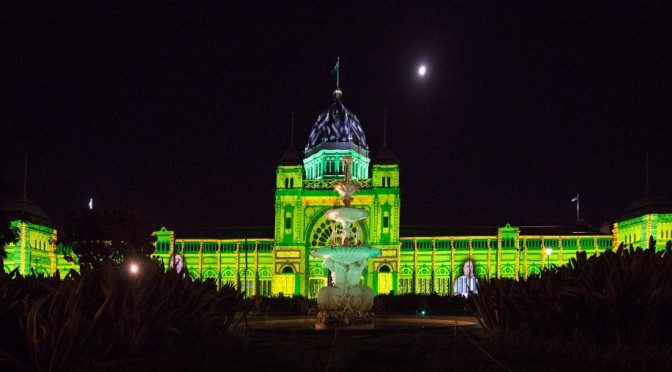 Many were left feeling disappointed at last weekend’s fourth annual White Night event in Melbourne despite the comments by the event’s current Artistic Director, Andrew Walsh, “Last night was an incredible night, Melbourne turned out with joy in their heart. White Night again exceeded expectations with an increase in numbers and across the board Melbourne’s creative community delivered a spectacular night of art and culture.”

While the city and its landmarks looked and glowed spectacularly, there were still fewer projections and visual displays in close proximity than in previous years.

Most noticeable was the Flinders Street Station facade, which usually has an amazing array of colour and light, was left blank. Walking down the street, it became very clear that there wasn’t enough on display with hundreds of people idling and wandering around wanting more to see.

Some 600,000 people, including tourists and international guests, crammed into the streets of Melbourne on Saturday night which featured more than 130 free events. There was not a spare table at any of the restaurants, bars and hotels. Extra public transport services were added to accommodate the mass crowds.

The main highlight was the Golden Monkey hanging of the front of Melbourne Town Hall. The State Library and the Royal Exhibition Building was another attraction, both dazzling in colour.

Hundreds watched in awe of the electrifying performance of acrobatic dancers and artists of Circus Circus.

White Night Melbourne will return in 2017.