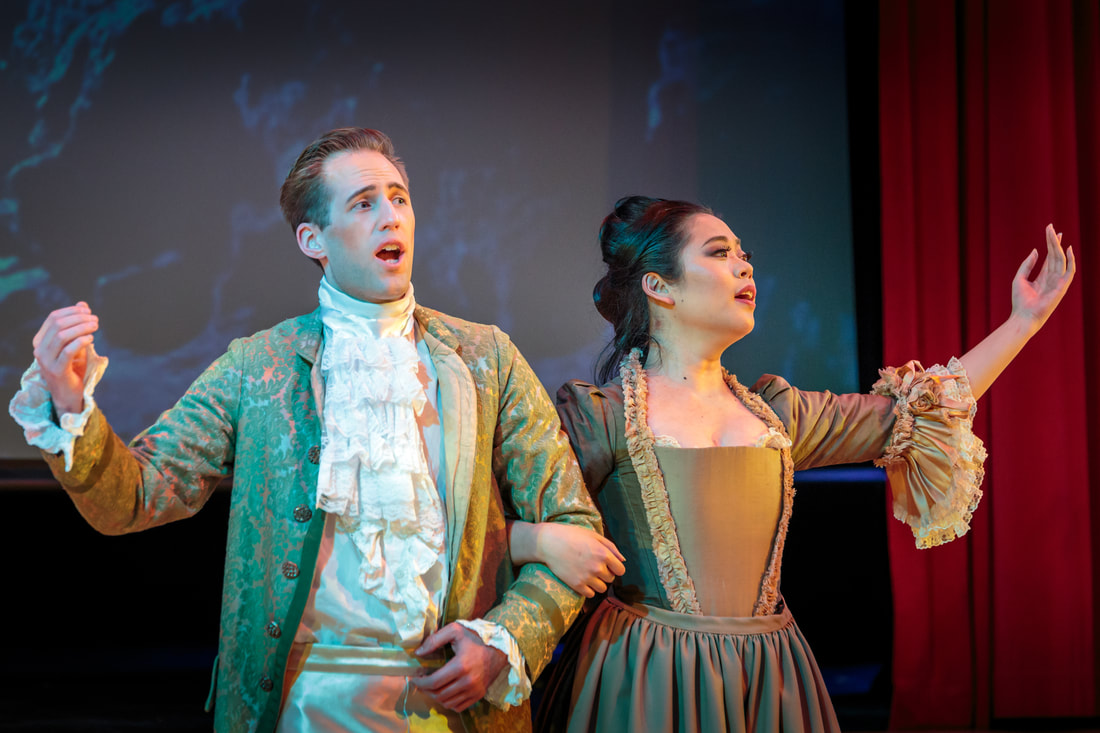 One of Mozart’s lesser-known operas (written at eighteen!) LA FINTA GIARDINIERA is the story of men who throw a tantrum when women don’t want them.

Before I submit any statement on the performance itself, may I just say that I could empty the Champs Elysées and still not be half as attractive as The Independent Theatre. It is a hall of cream, gold and mahogany swirls, mazes and other such intricate embellishments. Each trimming is beguilingly summoned by another as per the Art Deco style. The high point, pun intended, is the ceiling. I also love the columns framing the stage with those fantastic metallic touches! #venuecrush

Now, back to angry men.

The modern day adaptation of this opera is a libretto set by most males called Entitlement, but they call it Being In The Friend Zone. It was set to music by – well – them, to their whinging and whining and insisting they’ve been wronged because a woman doesn’t want them. They feel ‘led on’, or in this case, led up the garden path.

The Disguised Gardener follows the trials of Count Belfiore and his lover Violante after he stabs her in a jealous rage and leaves her for dead. Violante and her servant live disguised in the mansion of Podestà, as the title suggests, pretending to be gardeners. The Mayor (whose house this appears to be) is in love with Violante. Violante’s servant, with whom she is in disguise, is in love with the maid of the Mayor, then Arminda and Count Belfiore show up and we witness a whole lot of nincompoopery.

In Act II, the plot overcomplicates and Violante and the Count Belfiore actually start hallucinating, believing themselves to be figures of Greek mythology.

All you know for sure is that Cavalier Ramiro, Arminda’s rejected suitor, is the most tedious, odious, pathetic character in all opera. He has been scorned, and my oh my, he is saltier than the seven seas. He takes to abusing her and telling her oh how much she’s missing out on.

Naturally, this technique is effective on Arminda, given the tale was written by a man. She goes back to him (because men are always right and women don’t have brains) and so too does Violante go back to the Count, even after he stabbed her and then swore himself to another woman.

It is an awkward ‘comedy’ to the modern audience. Misogyny is a staple in historical works, however with the plot amounting to nothing other than a second-rate Much Ado About Nothing, the intention to make an audience laugh at the policing of women’s behaviours, feelings and decisions becomes more and more uncomfortable. This here is not a comedy; it is a tragedy. Rebecca Hart’s performance of Cavalier Ramiro was a harrowing and evocative reiteration of male dominance in society throughout history.

Hart’s interpretation of the loathsome Ramiro was nauseatingly brilliant. She strode back and forth with her insatiable need for vengeance and attention. Hart’s superb lower voice accompanied her terrific portrayal.

Nathan Bryon, a master comedian, brought his talents to the role of the ‘Podestà’, who unsuccessfully albeit eagerly sought the union of Belfiore and Arminda. All singers are to be commended for their vivaciousness onstage, particularly Tristan Entwistle. Silken-voiced tenor Spencer Darby made a compelling Belfiore and Pamela Andrews took the role of Arminda to glorious vocal heights.

Sarah Ampil was sombre and utterly humourless in her performance of the pretend garden maid. Belfiore’s attack on her felt devastatingly personal. Her horrors and losses are historically pertinent as they are topical, and I sensed that she felt as much as she sang the role. Unquestionably woeful, unfair and unrelenting, the tragedy of the garden maid hit close to home. Bravo.

The decision of stage director Joseph Restubog to repeat Violante’s stabbing at the end of the show seemed conceived as a bashful apology to a modern audience for the injustices committed by the male protagonists. In the ‘amended’ finale, Violante is assaulted once more by Belfiore in a bid to redeem the plot by positing to women, as I understood it, that ‘men never change’ or such the like, when it is continuously and deeply problematic that women ever receive such advice. ‘If a man harms you once, he’ll harm you again.’

Well, hang on, why won’t they change? Why can’t women hope to be safe? Why can’t women go back to their lovers in a civilised, modern society? Why can’t men just… not be violent? History must be left as it is and progress must be made. The men in this plot have no defence and this opera must sentence them.

Women are not liable for the violence of men. How many times can we say this? The controlling, objectification and abuse of women is irredeemable, as is this opera.

THE DISGUISED GARDENER is the story of men’s ownership of women. In fairness to the women who have lived as monetised, transferable objects all throughout history, this story must be preserved in all its horror to document the the violence in the attitudes of men that we are still fighting to eradicate today.

There can be no addition, reconciliation or ‘improvement’ in such a plot. No apology will suffice. It is vital that this opera remain untouched because it has indifferently cast the violent essence of patriarchy as a comedy. That is some dark stuff.

This opera is staged, as far as I can see, for its premonitions of genius musically. It is otherwise convoluted and repetitive. It is not a great work of art. Operantics’ performance was laudable, I enjoyed the fine singing on Friday night, however we must be careful how we stage a ‘comedy’ about the abuse of women. I’m not laughing, but if there is a joke, the joke’s on men.