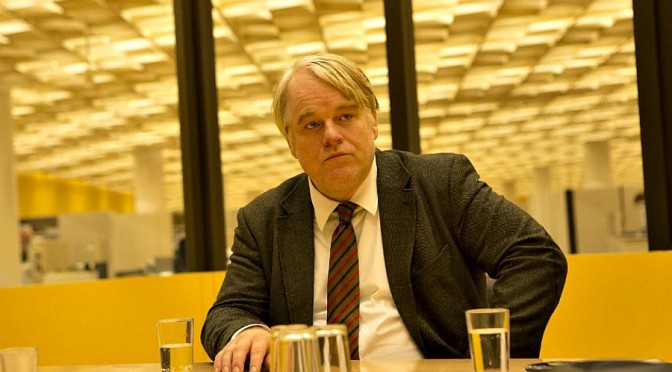 “It looks like a pen, writes like a pen, listens like a pen”. That’s about as James Bond as the sensational spy thriller A MOST WANTED MAN gets, yet this film remains intriguing, gripping, and suspenseful.

Based on the book of the same name by John Le Carre, A MOST WANTED MAN is an intelligent tale about intelligence in post September eleven paranoia.

Set in the hotbed harbour of Hamburg, the habitat of Atta in 2001 where he planned his plane site twin tower atrocities, the picture begins a decade later with the illegal arrival of a Chechen man-urchin washed ashore.

Bedraggled, bewildered and, by Western eyes, possibly bedevilled with jihadist dreams of mass murder and martyrdom, he comes to the attention of the head of a small counter terrorist squad, Gunther Bachmann, who is bit by bit building a network of infiltration in the Islamic community.

As in all Le Carre stories, it’s the characters that drive the plot, fleshed out multi dimensional characters, and Andrew Bovell’s script is exemplarily from exposition through execution of its economical and nimble narrative.

Philip Seymour Hoffman is phenomenal as the unkempt, chain smoking, booze fuelled Bachmann, whose slovenly sartorial style belies the sharp minded surveillance meister “who is trying to make the world a little bit safer.” His German accented English is subtle, as are the gestures and nuance that pack this powerhouse portrayal.

Director Anton Corbijn’s casting coup does not end there though, for he populates the entire scenario with similarly precise performances.

Nina Hoss as Gunther’s number two is as shrewd an operator as he, a great protégé and fiercely loyal. Again gesture and nuance convey as much, if not more, than words.

A pricklier verbal sparring relationship is that between Gunther and the CIA ice maiden, Martha Sullivan, played with steely coldness by Robin Wright. Gunther does not trust her or her agency, blaming them for the destruction of his spy ring in Beirut, which led to the deaths of agents who had put their trust in him.

The dichotomy of their characters is marked. He is old school; she is too cool for any school. She is the epitome of the shadow land where any appeal to loyalty and the old decencies was little more than the rhetorical prelude to a stab in the back.

It’s the great irony of the trade of spying that prying and lying go hand in glove, cloak and dagger with building trust on the foundation of deceit. No wonder it is prone to catastrophic collapse.

Whether it’s being driven by capitalism, communism or caliphates, the business of subterfuge needs money, funds are fundamental, and so bankers are inevitable.

Willem Dafoe’s Tommy Brue is a true blue financier who is inextricably linked to the Chechin who has an interesting inheritance to say the least.

Add to the mix an idealistic left leaning lawyer played by Rachel McAdams, and a bunch of bureaucratic bad boys that consider Gunther a dinosaur and you have a rich recipe for a banquet of duplicity, danger and skulduggery.

Philip Seymour Hoffman’s performance is worthy of a posthumous Oscar nomination at the very least, following in the footsteps of other superbly realised Le Carre characters that have garnered Academy glory. Rachel Weisz won an Oscar for The Constant Gardner in 2006, (the same year Hoffman won his Oscar for Capote) and Gary Oldman and Richard Burton were nominated for Tinker, tailor, Soldier, Spy and The Spy Who came in from the Cold respectively.

Shot in a style that could be dubbed autumnal industrial by cinematographer Benoit Delhomme, the look of the film is as indelible as the plot and performances. A delicately nuanced, almost imperceptible score by Herbert Gronemeyer adds to a wonderfully conceived acoustic ambience, which includes Tom Waits’ Hoist the Rag.

A MOST WANTED MAN demands and deserves to be the most watched film of the moment.