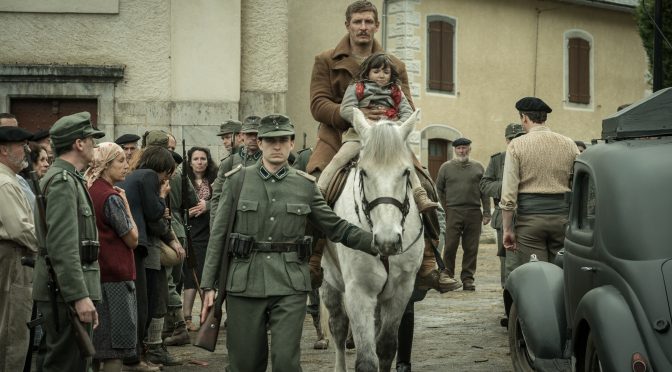 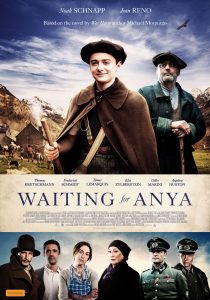 Script and direction can be ever so drab, but art direction, costume design and vivid performances can be rescuers.

In WAITING FOR ANYA, the Pyrenees is the saving grace.

The well trod trail of a tale depicting the smuggling of Jewish children out of France into Spain is travailed again in this Euro pudding, with accented Americans and English competing with French and Germans to deliver stage dialects performed in English.

Based on a novel by War Horse source, Michael Morpurgo, WAITING FOR ANYA is directed by Ben Cookson with such pedestrianism one aches for a spot of spirited jaywalking.

Thankfully, some venerable star power picks up the pace, with Jean Reno and Anjelica Huston doing their grand-parental schtick.

The good German/bad German trope is in good hands with Thomas Kretschmann great as the human face of the Third Reich and Tomas Lemarquis as the bald faced, bald headed epitome of the pitiless barbarian.

WAITING FOR ANYA is a paint by numbers lest we forget the Holocaust story, with the horrors and harrows hosed down for a presumably younger audience, a sort of Little Golden Book of World War Two.

Still, it will hopefully resonate with younger audiences who puzzle over the creation of refugees, their flight and plight, and the wearisome, worrisome winds of war that fan odious discrimination.