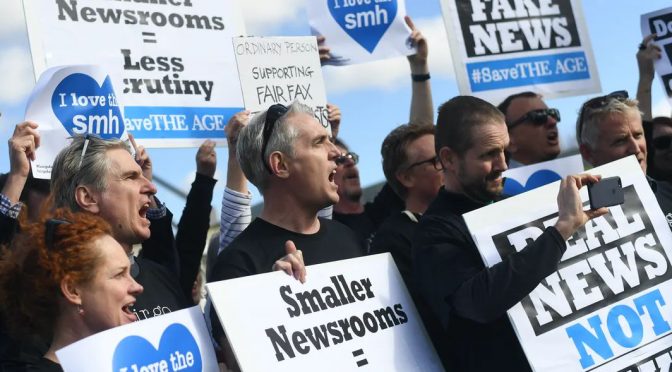 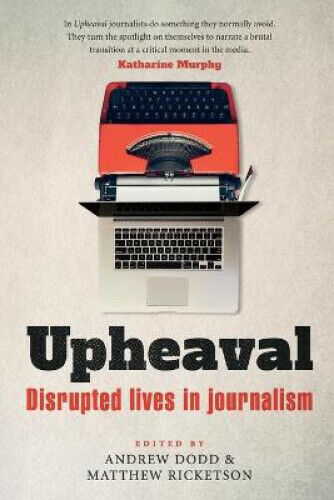 A generation ago Australian journalists experienced an upheaval in the industry as the news process evolved from print to digital. Revenue from classified advertising was replaced by online and social media promotions. The hurly burly of the newsroom deadline was replaced by solitary writers clicking away on laptops delivering constant updates. No more rushing to get the plates ready for tomorrow morning’s edition. The news was already out there on the readers’ tablets. Thousands of journalists lost jobs. UPHEAVAL includes a 15 page redundancy timeline from 2012 to 2020 listing the thousands of photographer, cadet, reporter, correspondent and administrative jobs axed. The transition has been long and torturous for journalists and media organisations.

UPHEAVAL is a collection of interviews with 57 Australian journalists who were made redundant between 2012 and 2016. Edited by Andrew Dodd and Matthew Ricketson, these stories come from every state, from local to metropolitan papers and from investigative journalists to sports reporters. The disruptions in the journalists’ union, the concentration of media power, sexual harassment in the industry, the Press Council politics, the strange cadet system and the trauma of reporting from war zones are touched on. The lives of the foreign correspondents were particularly difficult.

Some of the 57 journalists interviewed retired. Others transitioned to new careers. Flip Prior got a good post with Twitter. Many remained in the industry and discovered that changing papers was a life saver. David Marr says of switching to the Australian Guardian, ‘Such a different newsroom. Small and quiet. Nobody shouts. Nobody cracks loud jokes. They do not try to disturb each other.’

The book will particularly appeal to the older reader interested in how the news industry functioned pre-digital and to recall major events in Australian history. The stories are intense, amazing and slightly scary. Scary, because some of the way news was collected and reported are unsettling. As Ross Gittins wrote in the Sydney Morning Herald just this week, ‘Polling shows that as an occupation, journalists don’t rank highly, held roughly in the same esteem as politicians and people selling used cars…not greatly trusted by our readers.’

This is a tragedy, because journalism is what holds people in power to account and protects democracy. Journalists are there to counter fake news, promote understanding and get the ‘bad guys’. These 57 interviews make you appreciate the difficulties journalists faced a generation ago. Amanda Meade’s interview, for example, describes her politicisation caused by the severe inequality she saw growing up in South Africa. She wanted to become a journalist to report on such issues and to make the world a better place. This is the case for most journalists.