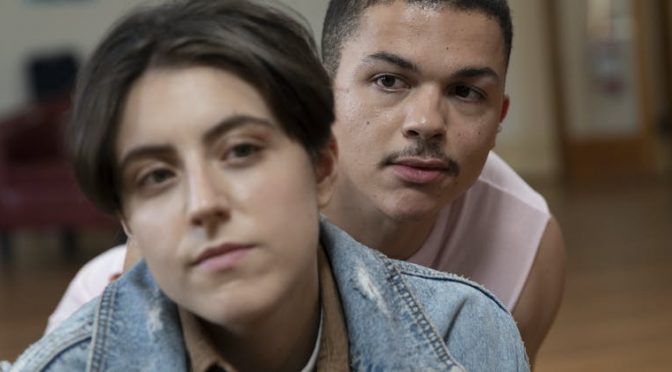 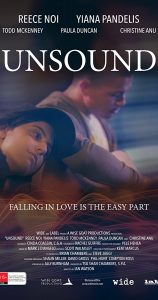 The new award-winning Australian LGBTQ+ film UNSOUND will be screening exclusively in Sydney at Dendy Newtown from today , March 18 with Descriptive Open Captions.

UNSOUND ticks a couple of boxes for greater inclusiveness, it’s a film about Deaf culture and gender identity.

Directed by Ian Watson and written by Ally Burnham, UNSOUND focuses on Finn, a vibrant, young and proud, Auslan-only speaker who works at and runs, with her fiercely supportive father, a local centre and nightclub for his deaf community on Sydney’s northern beaches.

The club is under threat from neighbours, ironically for noise pollution, and from within, as some in the culture do not want to admit hearing patrons.

Finn is stressing over the future of the club while dealing with her transitioning gender and although her doting dad, a beautifully understated performance by Todd McKenney, is supportive, Finn is in need of some romantic affection.

Enter Reece Noi as Noah, a bad boy muso, lately disconnected with his musical mentor, a star turn by Christine Anu and recently reconnected if not reconciled with his estranged mum, played by Paula Duncan.

There are tropes trowelled on, but UNSOUND avoids being trite or twee, thanks largely to a powerhouse performance by Yiana Pandelis as Finn. Feisty, focused, headstrong and heartfelt, it’s a portrayal of frustration, passion and fulfilment.