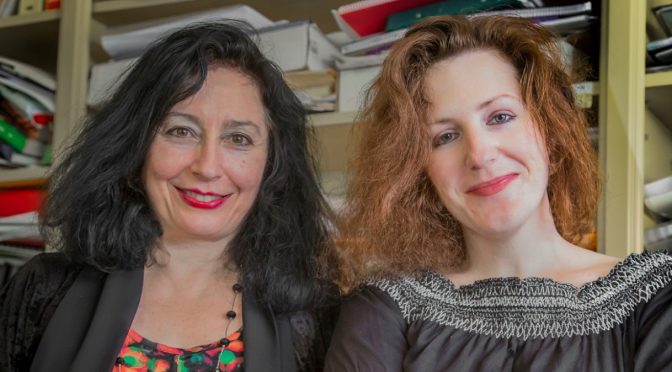 The latest in the delicious series of Live at Lunch concerts under the artistic direction of internationally renowned flautist Jane Rutter was entitled UNSENT LOVE LETTERS: MEDITATIONS ON ERIK SATIE for all us romantics at heart.  This time the two friends joining her were Tamara – Anna Cislowksa and Elena Kats-Chernin both on pianos.

The opening bracket consisted of , firstly , Russian Rag by Kats- Chernin for two pianos . It was seemingly joyous but with hidden turbulent undercurrents .

This was followed by the Naïve Waltz by Kats – Chernin for Rutter and Kats-Chernin in a fluid, fragile haunting and delicately aching performance .

Rutter and Cislowska then performed the crystalline , waltzlike Je Te Veux by Satie .

Next we were treated to a shimmering , wistful  Gnossienne no.1 by Satie  , Cislowka on piano .Balletomanes will think of Ashton’s  Monotones .

We then heard the rippling , whirling yet fragile  Unsent Love Letters by  Kats- Chernin as performed by Cislowska and  Kats-Chernin. It had the atmosphere of heartbreak , of falling snow – or teardrops at the loss of love .

That was followed by the haunting Les Chemins de l’Amour -by Poulenc full of flurries of memories and the various intersecting paths of love.

The next bracket consisted of  Kats-Chernin and Cislowska first in a  fast ,sharp and spiky duet full of breathless scurrying also  written by Poulenc his Sonata for Four Hands .

The joyous , emphatic passionate dialogue of  the Andante from Shostakovich’s  Piano Concerto No. 2 in F major, op.102  followed and then the exquisite lyrical  reflective dialogue of Kats -Chernin’s Russian Sonata .

Another bubbly , flurried piece was Deep and Bitter Flood ( by Kats-Chernin) which was followed by the  passionate , volcanic dialogue of her Eggshell capturing the pain of heartbreak – which suddenly turned melting and lyrical like tears falling .

Rutter used her piccolo while the trio played the darting scampering Pink Breasted Robin in the Silvery Light by Kats- Chernin .

There was much enthusiastic cheers and applause – and the trio presented a fragile ,crystalline yet fluid encore Eliza Aria by Elena Kats-Chernin, which the audience enjoyed immensely and then we had to depart for lunch , possibly buying a CD on the way ….

Live at Lunch : UNSENT LOVE LETTERS: MEDITATIONS ON ERIK SATIE   was at The Concourse Chatswood, September 12 , 2018.