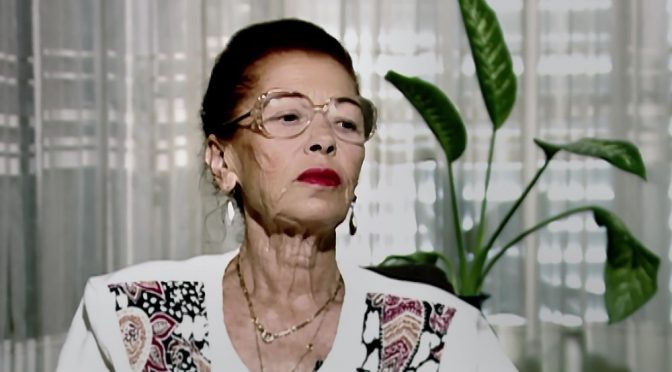 And the recently departed Christopher Plummer in deprecating dulcet.

Hollywood legends united in grief and gratitude to pay tribute to the extraordinary filmmaker, Alan Pakula in the splendid and sublime documentary, ALAN PAKULA: GOING FOR TRUTH.

This film is one of the many jewels in the crown of this year’s Jewish International Film Festival.

Alan Pakula’s body of work is amazing – as producer: To Kill a Mockingbird, Inside Daisy Clover, Fear Strikes Out, Baby, Te Rain Must Fall.

Through interviews with family and film collaborators, ALAN PAKULA: GOING FOR TRUTH tells the rich and deeply personal story of one of Hollywood’s greatest filmmakers, before his tragic death in 1998.

Also going for truth is LOVE IT WAS NOT.

LOVE IT WAS NOT is the title. If not love, then what was it?

Can love in a time of holocaust even exist?

LOVE IT WAS NOT is the conflicted relationship between a Jewess and an officer of the SS in a concentration camp during World War II.

But life, perhaps more so in a time of Holocaust is confounding, conflicting and confusing.

Israeli filmmaker, Maya Sarfaty, delves deep into archival footage and eye witness anecdote to present the extraordinary story of Helena Citron and Franz Wunsch, a forbidden attraction that may well have yielded hope in a time and place consumed with hopelessness.

Franz’s “love” might have been mere fascination, manifesting itself in fetish, his fantasies of a future with Helena taking the form of photo-montage. Through interviews with Franz’s daughter, Dagmar, we discover he made multiple copies of a photo of Helena so he could cut it up and place Helena in different clothing and more pleasant surroundings.

Taking inspiration from this fact, filmmaker Sarfaty makes brilliant use of a more complex photo-montage technique to illustrate dramatic events within the story.

Both Helena and Franz survived the war, she went to Israel, he was repatriated to his homeland, Austria. Years later, a forced reunion occurred when Helena was subpoenaed to testify at Franz’s war crimes trial.

Attrition and contrition, the twin progeny of pardon and forgiveness, are examined, cross-examined, with verdicts considered through the prism of time.

Helena used Franz’s infatuation to influence positive outcomes for fellow prisoners. What may have been perceived as collaboration contributed to the survival of some who otherwise would have perished.

LOVE IT WAS NOT is documentary filmmaking at its best.

ALAN PAKULA : GOING FOR TRUTH and LOVE IT WAS NOT are just two of the exceptional films showing at this year’s Jewish International Film Festival from February 18 to March 17 at Randwick Ritz and Roseville Cinema.

Sydney Arts Guide has two double passes to give away to JIFF. Please email editor.sydneyartsguide@gmail.com with JIFF PROMOTION in the subject heading.  The two double passes are for the documentary film ‘ALAN PAKULA : GOING FOR THE TRUTH. The screening is on Tuesday 23 February at 6.30pm at  Randwick Ritz. The screening comes out at 8.40pm. The two winners will be advised by email.

Stay up to date with JIFF:

Featured image : A picture of Helena Citron in ‘Love It Was Not’, a film screening as part of JIFF 2021