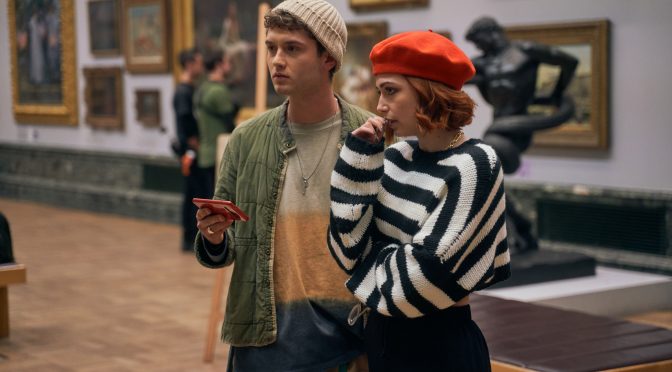 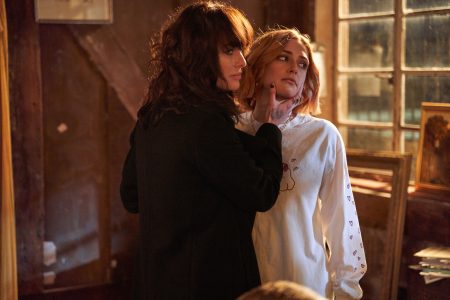 Olive or twist is something I associate with a martini. The decision is whether I want it dirty or zesty.

These young hustlers become heist-meisters in the pursuit of righting an historical hijacking of a Hogarth, that saw a respected art dealer morph into the pilfering Fagin.

Michael Caine plays the Old Codger with a fondness for capital punishment.

Oliver, known as Twist, is played by Jude Law’s junior, Raff Law, who has the inherited looks and talent of a born for movies career.

TWIST twists the gender of key character Sikes, now the sadistic lesbian enslaver of Nancy, who has become Red, Oliver’s secret love interest. Sikes is played with villainous relish by Lena Headey and Red by the luminous Sophie Simnett in a scene stealing, show stopping performance.

David Walliams has fun with the vain and vulgar villain, Losberne, but the addition of two numbskull detectives seems tacky and tacked on- they seem to be characters out of another script- perhaps the Nitwit Papers?

What the Dickens? TWIST has more twists than a proficient practitioner of parkour, the uber pedestrian practice of getting from one point to another over an urban landscape reducing obstacle to thoroughfare. Parkour is the preferred mode of transit for these pickpockets and the picture revels in roof top sprints perfectly framed by London’s skyline.

Directed by Martin Owen, TWIST, for all its energy and bright young things, doesn’t quite land on its feet, spraining the comedy and straining the drama.

Any great expectations are dashed by the excessive run time – a nifty ninety minutes would give TWIST a turn at something more engaging rather than being an odd curiosity shot.