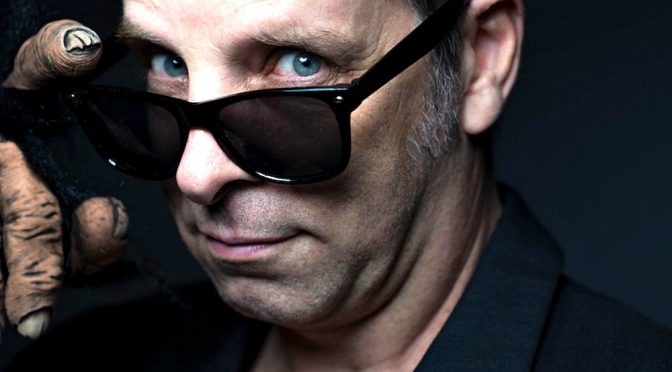 Rehearsals are well under way for the Sydney premiere of Nick Jones’ absurdist tale TREVOR at the Kings Cross Theatre.

I spoke to director Shaun Rennie and lead actor Jamie Oxenbould during a lunch break from the rehearsal regime. They are very excited to be presenting this play.

Rennie said that the Jones’ inspiration for the play came from a real life incident which took place in America in 2009 where a woman had raised a chimpanzee up until it was eleven years. The chimp did television advertisements. Then one day, out of the blue, the chimp went out of control and attacked the neighbour, causing severe facial injuries,

It didn’t take long in talking to both of these theatre makers to see that here is a play with plenty of themes to play around with, to explore.

TREVOR is about a teenage chimp who thinks and acts like a human being, a difficult human being and one who thinks he is a spectacularly good actor. He has done some television roles and now has his sights firmly set on Hollywood.

Jamie Oxenbould is very excited to be playing the role of Trevor, a role he has had his eyes on for years. An added bonus for him is that his real life partner Di Adams will be playing opposite him as his owner, Sandra

The relationship that develops between Sandra and Trevor is one of a troubled parent trying to deal with a wayward teenage child who is rattling his ‘cage’.

Oxenbould is very excited about the comic possibilities of his role. There’s a lot of physical comedy in the part of Trevor, something which Jamie is renowned for. Jamie says the play is ‘mostly a very funny play’.

In discussing the play Rennie says that the’ primary  theme is about the lack of good communication between the characters. Trevor keeps his thoughts to himself, speaking only in monologues.

Rennie said that in the subtext the play is saying “ we’re all good people. That doesn’t mean that we aren’t dangerous to each other”.

It all sounds fascinating. TREVOR will run straight through, at a relentless pace, for ninety minutes. It will play the Kings Cross Theatre, up top of the Kings Cross Hotel, between the 14th June and 6th July, 2019.