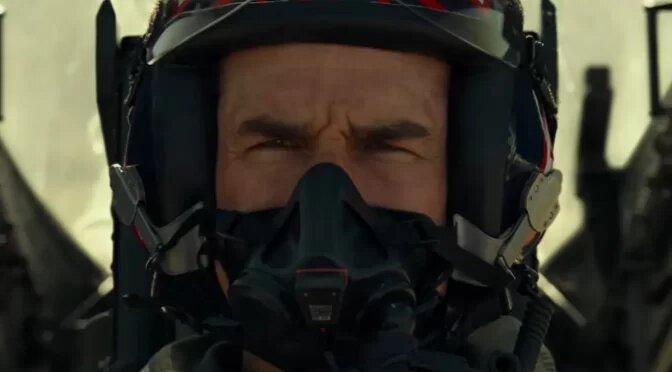 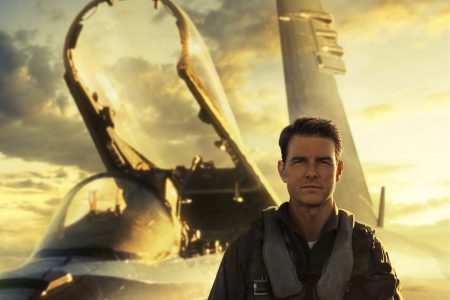 TOP GUN: MAVERICK is that rare bird, a sequel as good if not better than it’s progenitor.

Thirty odd years after the first film, Tom Cruise’s Maverick is still pushing the envelope, a test pilot testing the patience of the brass and the capacity of his own brass balls.

He should have made Admiral by now, like his pal Iceman, but he’s a lowly lieutenant, a decorated dog-fighter somewhat of a dinosaur in the dawning age of the drone.

After a supersonic act of subordination, instead of being canned, Maverick is posted to a teaching position to impart his combat skills to a team of top guns so that they will be ready to fly a precision mission against a nuclear enrichment plant run by an unidentified rogue nation.

Complications arise when it is revealed that, Rooster, the son of his deceased buddy, Goose, is one of the trainees. There’s a bristling resentment brewing in Rooster and a patina of guilt covering Maverick over Goose’s demise, creating a looming front for an emotional storm.

The fire and bite of battle is exuberantly executed, with exhilarating aerial choreography and Tom Cruise’s portrayal of Maverick succeeds in keeping about him the mischief of youth to soften the discipline of maturity. It’s no longer about solo ego, it’s about team building, and Maverick has to tutor these individual over-achievers into a crack squadron.

It’s a poignant moment when the fliers are back for debriefing after a failed training exercise that would have proved fatal in reality and Maverick barks “Don’t tell me. Tell the families of your fallen comrades.”

Poignancy is also to be found in a reunion between Maverick and Iceman, acknowledging Val Kilmer’s struggle with throat cancer and their evolved dynamic as characters.