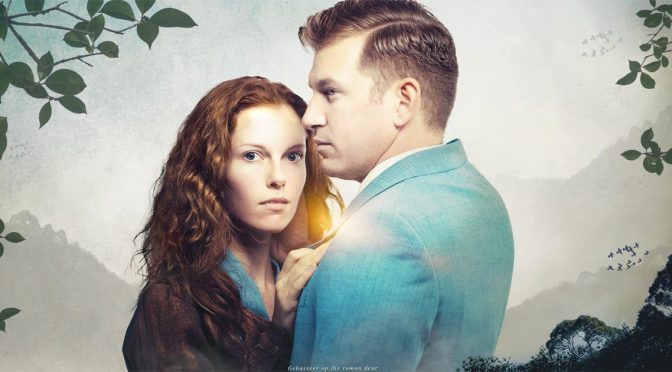 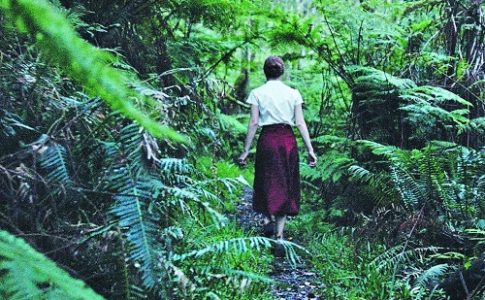 The ardour of the arbor permeates every frame of TOORBOS, a rich and verdant film about forests, foliage, and feminism.

TOORBOS begins in 1933 in the Knysna Forest in the far south of South Africa. Here we are introduced to Karoliena Kapp, a seventeen year old white forest dweller. Her father was hit by a bolt of lightning so now she lives alone with her mother in a shanty among the trees and ferns.

These women are considered poor white by the authorities and subject to the Carnegie Commission deemed needing to be moved on. In South African society at this time, poverty is the realm of the Bantu, not the superior Afrikaans.

Karoliena sees things differently, seeing the riches of the forest, making friends with the fronds, her roots just as much in the forest as the trees and vegetation.

When Johannes, a former forest feller now a successful city slicker comes courting, she certainly feels attraction but tells him to come back in a month.
He does and they are engaged and he takes her into town to be taught the ways of polite, white society. They are married but after their wedding night she realises she has not settled and that her ardour for the arbor is far greater than her fondness for her husband.

In the town she is a lie, in the forest she is a truth, she explains to her exasperated mother.

TOORBOS is a beautifully made and captivating film full of real human emotion as well as a pinpointing, pin-pricking probing of the pernicious notion of progress, a perceived positive that persistently impacts negatively upon people and the environment.

The resettlement of residents and the deforestation of the land seemed like a good idea at the time, but the road to perdition is always paved with good intention. Or, more accurately, with greed intention.

There is a fine, quiet, feisty quality to Elani Dekker’s portrayal of Karoliena, redolent of Judy Davis in My Brilliant Career. She is luminous as both ingenue and instinctive old soul.

Production design is first class and the apparel without parallel. Cinematography by Brendan Barnes is suitably sumptuous, a rich canvas of canopy and thicket contrasted with street-scapes of suburbia.

Based on the novel by Daleene Matthee, TOORBOS is written for the screen and directed by René van Rooyen. It is a compellingly accomplished film and one of the highlights of the South African Film Festival.

A glorious online event, the films selected for the South African Film Festival (SAFF) reflect South Africa’s diverse population, rich tradition of struggle for democracy and equality, and complex political and economic reality.
All ticket proceeds go to supporting Education without Borders programs that assist young South Africans in some of the country’s most disadvantaged communities. The funds generated by this year’s Festival will support vulnerable groups in South Africa, of particular importance this year given the impact of COVID-19.

The Festival program, tickets and the full line-up of films available at www.saff.org.au
THE DETAILS
What: South African Film Festival 2021
When: Wednesday 12 May to Monday 24 May 2021
Where: online at www.saff.org.au*
Tickets: $8.00 single screening. $60.00 for full program, single person and $80 more than one person.
*Closing night screenings of Barakat will be at Cinemas in Bondi Junction and Castle Hill