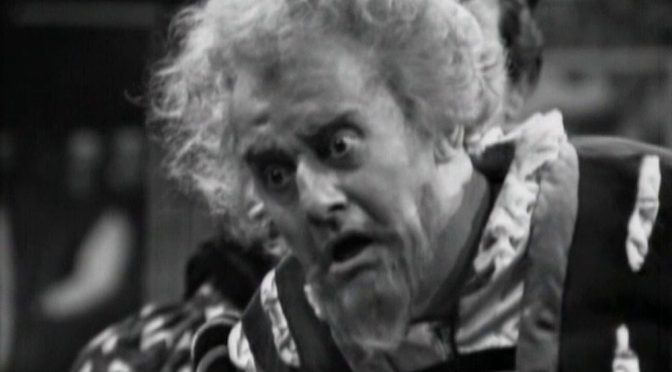 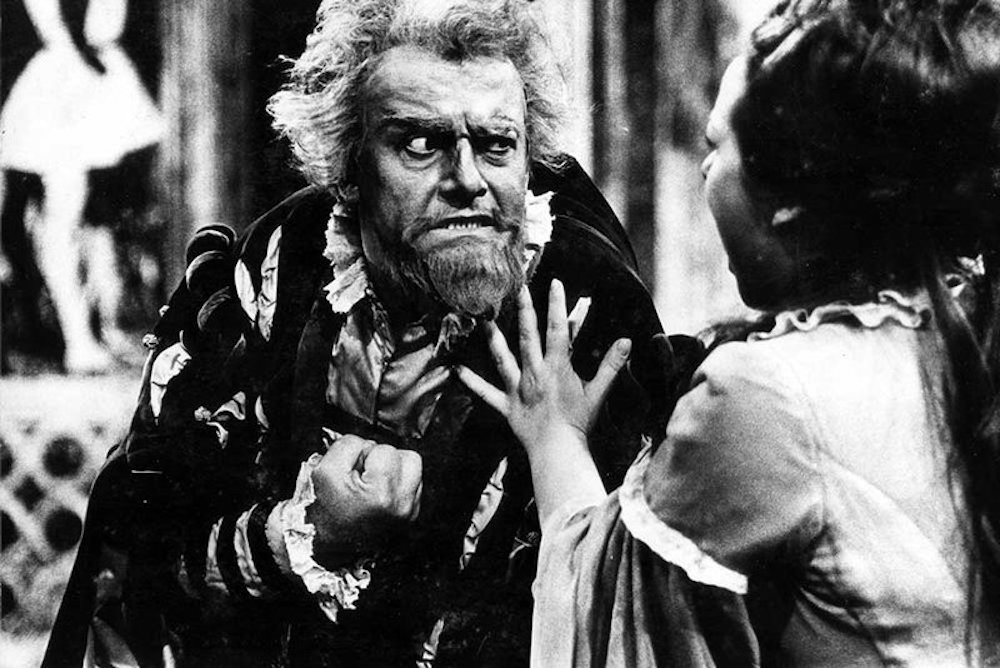 Tito Gobbi (1913-1984) was the Italian operatic baritone of his era.  Suave, charming, good-looking, opinionated. He also carried a whiff of arrogance about him.  Just a glance at his portrait in the role of Scarpia from Puccini’s Tosca will attest to that.  But then he was playing a ruthless man, an autocrat used to getting his own way, a man described by Tosca herself as “before him all Rome trembled”.

He was, of course, Tito Gobbi, the singer the late EMI executive Walter Legge always referred to as the ‘acting voice’. Gobbi died in 1984 but his legend lives on.  Although he made his operatic debut in 1935 as Count Rodolfo in Bellini’s La Sonnambula his career didn’t take off until after World War II when he appeared in a popular 1948 British film set in war-torn Italy, entitled The Glass Mountain.  But his main claim to fame was as an operatic singer, and he first appeared in Covent Garden in 1950, having already broken his foreign-appearance-duck in San Francisco in 1948.  Thereafter, his fame spread and he was in great demand especially when singing some of the great baritone roles Verdi wrote in such operas as Rigoletto, Don Carlo, Otello and Falstaff.

Gobbi was the first singer to introduce verissimo in his singing especially when portraying the role of Rodrigo in Verdi’s Don Carlo at the Teatro Reale in Rome. In that instance, he realised that most baritones sang Rodrigo’s final aria ‘O Carlo ascolta’ with full voice even though the character had been fatally wounded.  Gobbi sought permission from Tullio Serafin, then Artistic Director at the Teatro, to sing the dying phrases of the aria con voce sofferente (with voice full of suffering).  Serafin refused at first, later relented and allowed Gobbi to experiment on his second performance.

“On that night,” writes Gobbi in his autobiography, “I sang to the very best of my ability until the last dying phrases, when I allowed pain and weakness to reduce the tone and then I choked.”  Gobbi received a standing ovation.

Gobbi’s voice was never a thing of beauty, not like Thomas Hampson’s or even Bryn Terfel’s, yet his voice was perfectly suited to playing unsympathetic roles.  It was direct with a minimum of vibrato.  His greatest portrayals were either out-and-out scoundrels like Scarpia in Tosca and Iago in Otello or forceful personalities like Rigoletto and Falstaff – roles that demanded tremendous stamina, a high vocal line coupled with a voice capable of interpreting ever-changing emotions.  His voice was never big but it enabled him to sing Giorgio Germont in La Traviata with a lyrical tone which nobody prior to him had attempted, especially when singing the aria ‘Di Provenza il mar il sol’.

Ever the professional, Gobbi was meticulous with his choice of wardrobes and demeanour.  In Rigoletto, for example, he made use of padding and string to make his legs look mis-shapen and inserted a huge hump into his costume which in turn was attached under his wig to the nape of his neck.  It gave him an unnatural tilt of the head which added to the grotesqueness of the character.

For Iago, Gobbi liked to keep things simple. “A dark costume is best,” he writes, “..black tights and short black boots giving length to the legs.”  He wore rubber soles to enable him to walk around unnoticed and stalk his prey like a panther.  Make-up was also minimal… red lips, large eyes and a “reddish wig which left a careless quiff of hair over the forehead, giving a youthful attractive air to an otherwise dangerous face.”

Always a great interpreter of Verdi’s works, Gobbi’s voice had a definable quality.  Sufficiently definable that an orchestra member friend of his once confessed: “I don’t particularly like your voice Tito.  But when you sing, I forget to play.”