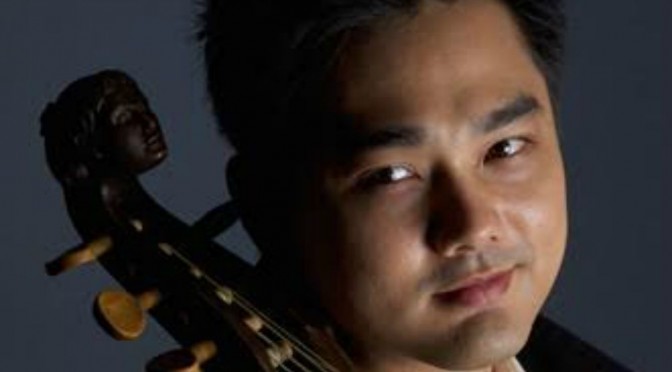 THE VIOLE DIVINE at St Luke’s Church Mosman was a concert which took a satisfying glimpse at music featuring the seven-stringed viola da gamba. All five items on the programme revealed the nature of eighteenth century chamber music.

This concept exposed the audience to a varied display of the expressivity, characteristic mellowness and agility of the viola da gamba as written for by major French and German composers. Shaun Ng’s playing was sensitive and well-nuanced. He showed a desired restraint but was always ready to switch to fiery virtuosic playing when required.

French composer Marin Marais thrilled French audiences when performing as a viola da gambist. His playing during the reign of Louis XIV and legacy of compositions including his instrument contributed much to the development of the viola da gamba and its repertoire.

The Marais work in this Thoroughbass concert was a special treat. The successful performance of ‘Sonnerie de St Genevieve du Mont de Paris’ (1723) was the evocative highlight of the entire programme. As always in this concert, Tara Hashambuoy’s baroque violin part was well balanced, expertly-phrased and penetrated the church acoustic nicely. There was keen communication between Diana Weston’s harpsichord and the other two parts.

This chaconne-like piece by Marais began with firm and solid bass repetitions on the viola da gamba. However it was not long before Shaun Ng was able to reveal to us the stunning possibilities of his instrument in flight as he made light work of the challenging techniques scored by the virtuoso Marais.

Bach’s ‘Sonata in G minor BMV 1029’ was composed around the same time as the Marais work.

Through this performance we were shown that Bach was also attracted to this instrument’s capabilities. Weston and Ng’s performance was in good contrast to the surrounding French works by Rameau and Marais.

Most successful was their playing of the slow movement and final Allegro in this Bach work. The sparse Adagio was nicely measured and displayed a formidable lyricism. Both the expressive potential of the harpsichord and viola da gamba were showcased here. The sonata’s Allegro possessed an admirable cohesiveness and Baroque momentum.

Rameau’s Concert movements, characterised by references to real people, were played with sufficient contrast of character. The ensemble listened well to each other as they moved steadily through each movement adorned with much filigree. Once again the viola da gamba cemented its place in the period ensemble with a display full of poise, subtlety of shapes and a wealth of tone colours.

As is often the case at a Thoroughbass concert, the concept, programme notes and explanations to the audience were enlightening. In addition to this were several moments of simply beautiful playing and accomplished ensemble blend for the audience to absorb.

The concert ended with an effective trio arrangement of Bach’s organ chorale prelude “Ich ruf’ zu dir, Herr Jesu Christ”. It was a tender moment indeed. Such beauty was a suitable coda to the energetic display of intricacies witnessed in the rest of the event.

Thoroughbass performed this programme at Burradoo and Mosman this month. Their next concert of folksong and a CD release is at St Luke’s Mosman on Sunday November 8.