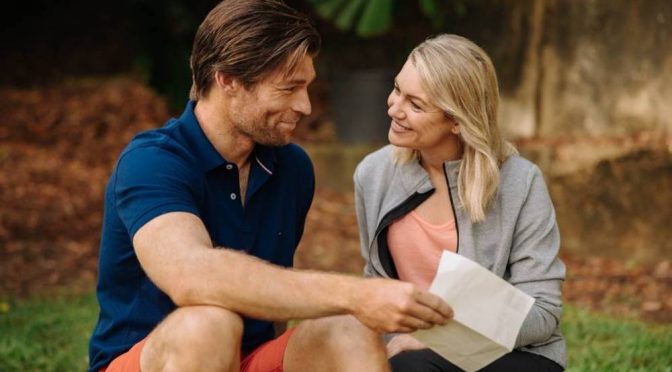 Following its world premiere at the Gold Coast Film Festival, the charming romantic comedy THIS LITTLE LOVE OF MINE will release in cinemas on Thursday April 22, 2021. In an innovative move, the distributor will donate 100% of their theatrical release net profit to Cancer Council Australia.

Starring Saskia Hampele (The Heights) and Liam McIntyre (Spartacus: Vengeance), THIS LITTLE LOVE OF MINE follows Laura Price, a successful San Francisco lawyer on the cusp of promotion – a far cry from her childhood growing up on a tropical island with best friends Chip and Gem.

When the firm’s biggest client – Chip’s grandfather – asks Laura to travel to the island and deliver a contract to make Chip his heir, she leaves behind her practice and fiancé Owen, to convince her childhood friend to sign a contract that will make him a billionaire.

As Chip and Laura grow closer, she questions whether she’s engaged to the right man or if she belongs back on the island with her childhood sweetheart.

THIS LITTLE LOVE OF MINE  has been written by Georgia Harrison (Rip Tide) and is the directorial debut of Christine Luby. Luby comments “To me this film speaks to childhood nostalgia, to long distance friendships and to following your heart. It’s a classic love story in all the right ways and reminds us to slow down and enjoy the small things. It was a dream come true to film this modern-day rom-com in stunning Palm Cove, and I’m excited to share this sweet story with audiences.”

THIS LITTLE LOVE OF MINE was filmed in picturesque Far North Queensland in July 2020 by The Steve Jaggi Company, and was the first feature film to go into production in Queensland under pandemic conditions. The production team assembled in Palm Cove and creating a production ‘bubble’, adhered to strict COVID-safe filming practices. With post-production completed by Serve Chilled in Brisbane, the film is the second feature in the Rom Com genre from The Steve Jaggi Company, following the success of Romance on the Menu in late 2020, which reached no. 3 on Netflix Australia.