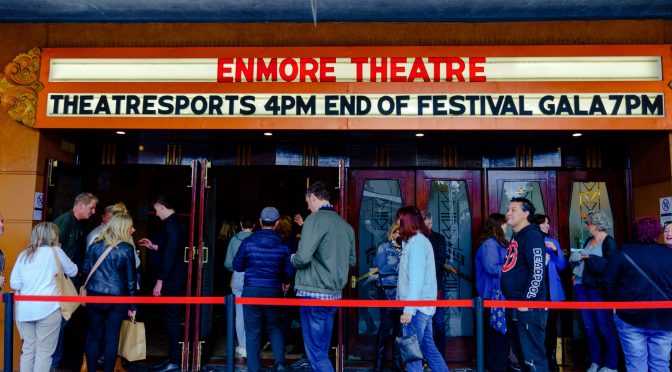 For the last night of the 2022 Sydney Comedy Festival, THEATRESPORTS ALL STAR GALA has improvising delicious side-splitting comedy delights. This show fully delivered massive entertainment with all the amazing all-improvising all-star quick-witted comics.

Spectacular improv comedy scenes/stories/songs and complimented by clever improvised music, all unrehearsed and imagined into life by the quick witted comic teams. THEATRESPORTS ALL STAR GALA provided each specific challenge, each time with crazy quite ridiculous restrictions, much like those seen on television with shows like “Whose Line Is It Anyway?” and “Thank God You’re Here”.

Skits were initially timed to be 2 or 3 minutes each, and these constantly fast remarkable and inventive performers, and in their uncontrolled way, they plunged unhesitatingly and fluently into their improvisations.

Great comedy usually requires a fully staffed “writers room” with twenty plus skilled comedy writers, all tasked with creating all of the ninety minutes of comedy. THEATRESPORTS ALL-STARS is always so much better than having a “writers room”.

YES unscripted comedy defies the paradigm that “it is extremely difficult to prove a negative” however they faithfully misuse improv to stunningly improve on the proposed negative situation of the skit, and caused continuous howls of laughter from the audience.

The best of their best hilarious improv, constantly extremely funny and totally overboard with laughter galore. To those with the unlimited imaginations of these master-class improv comics, there are no restrictions. Highly Recommended. 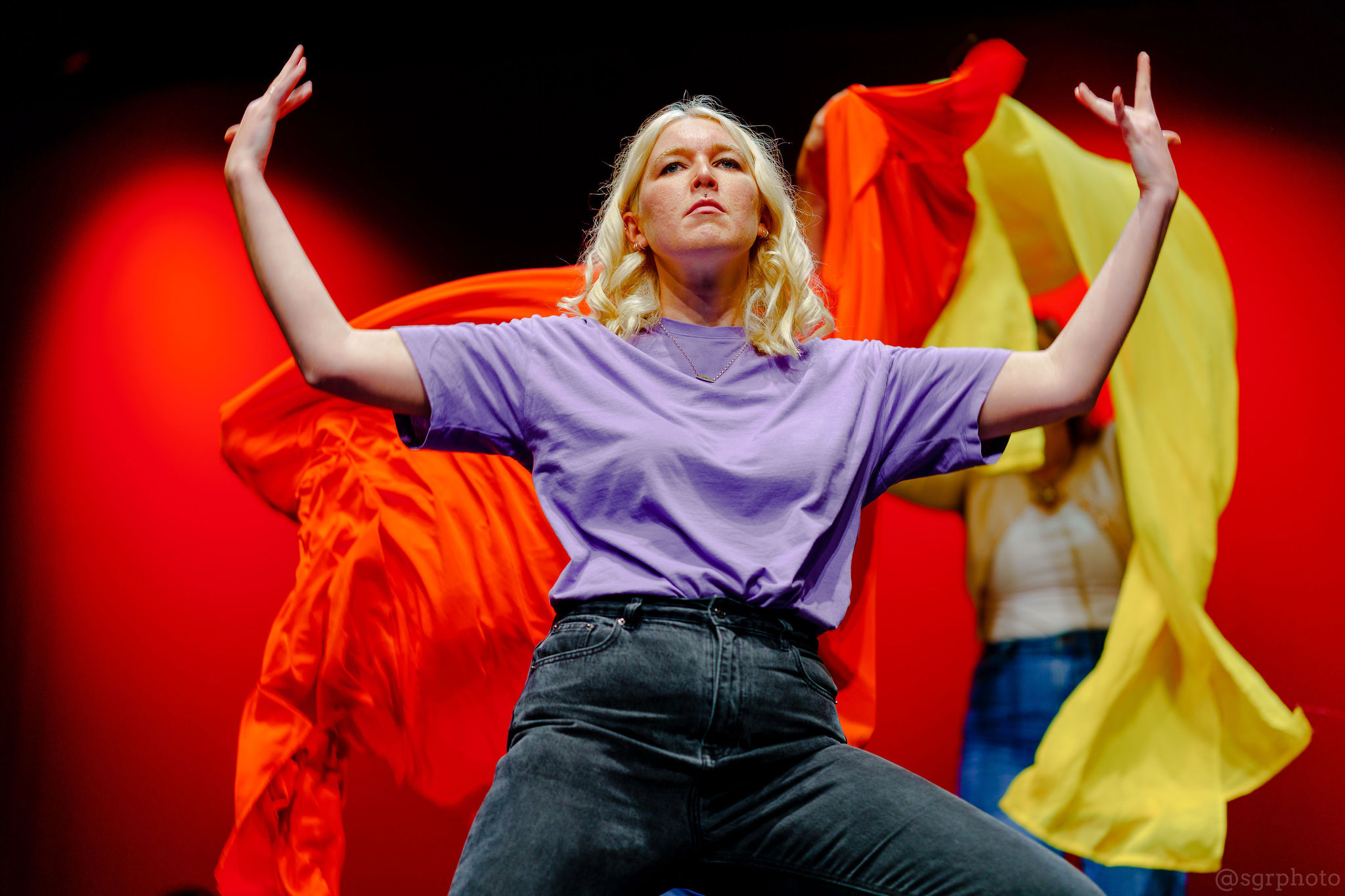 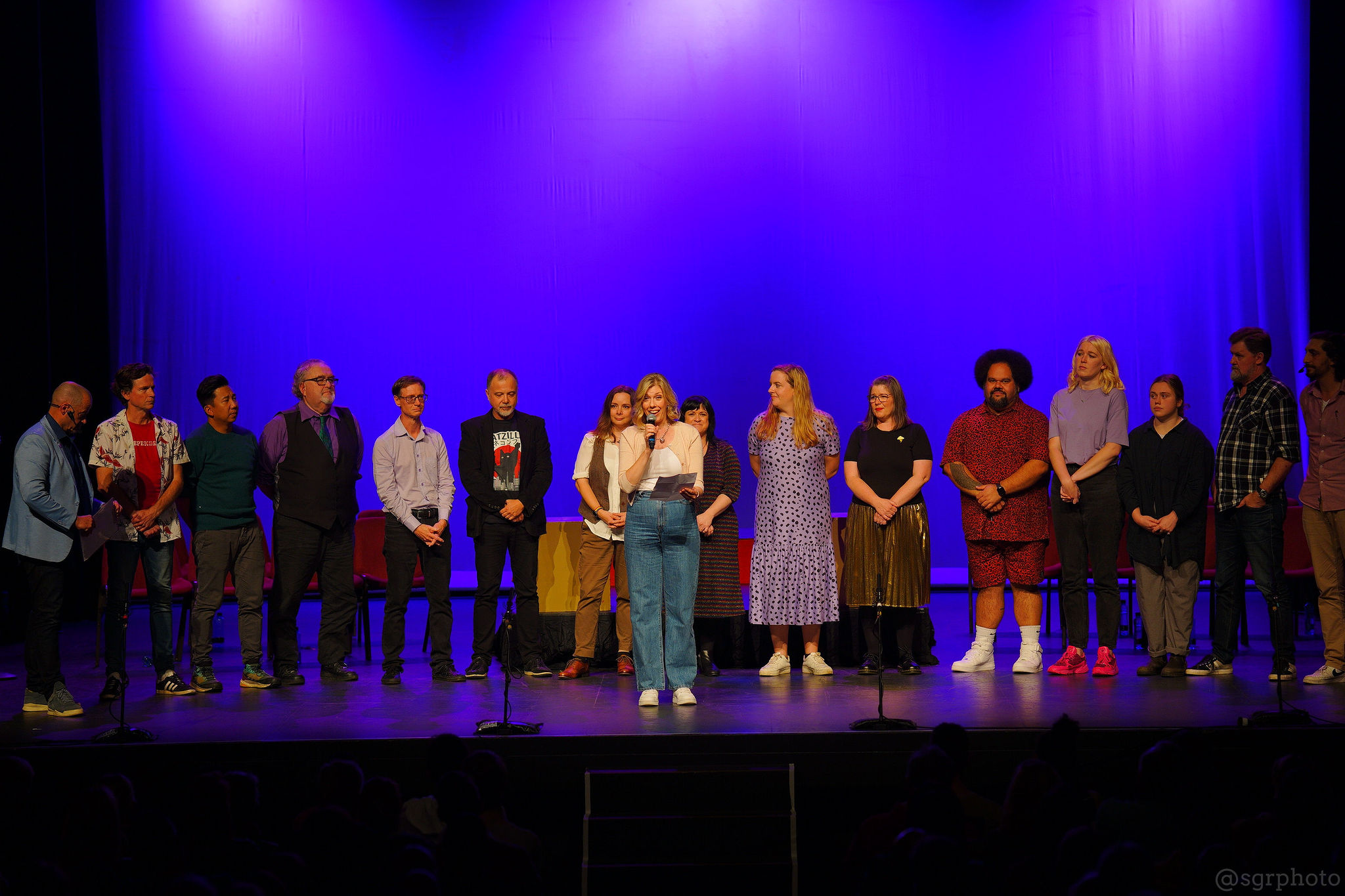 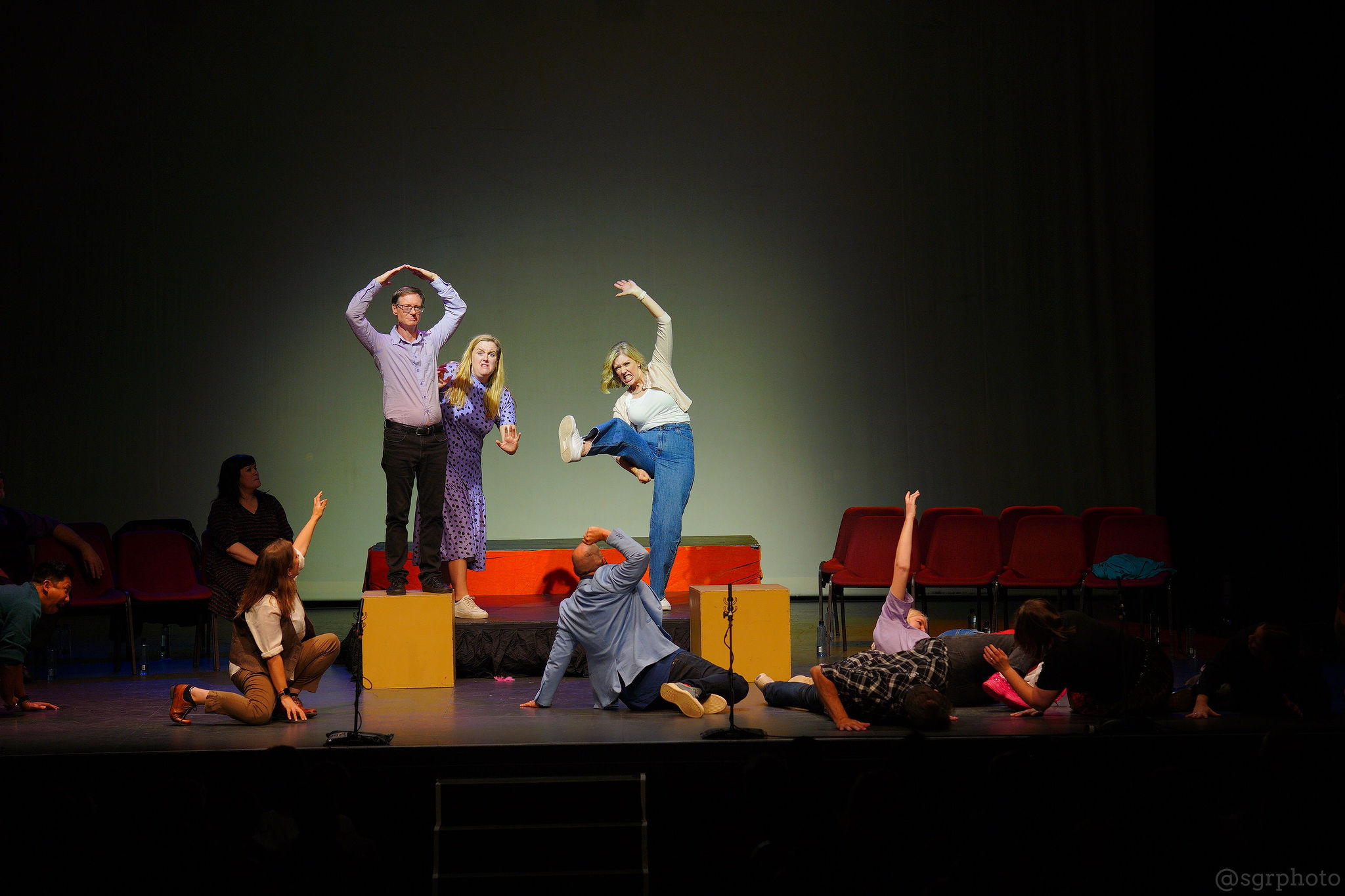 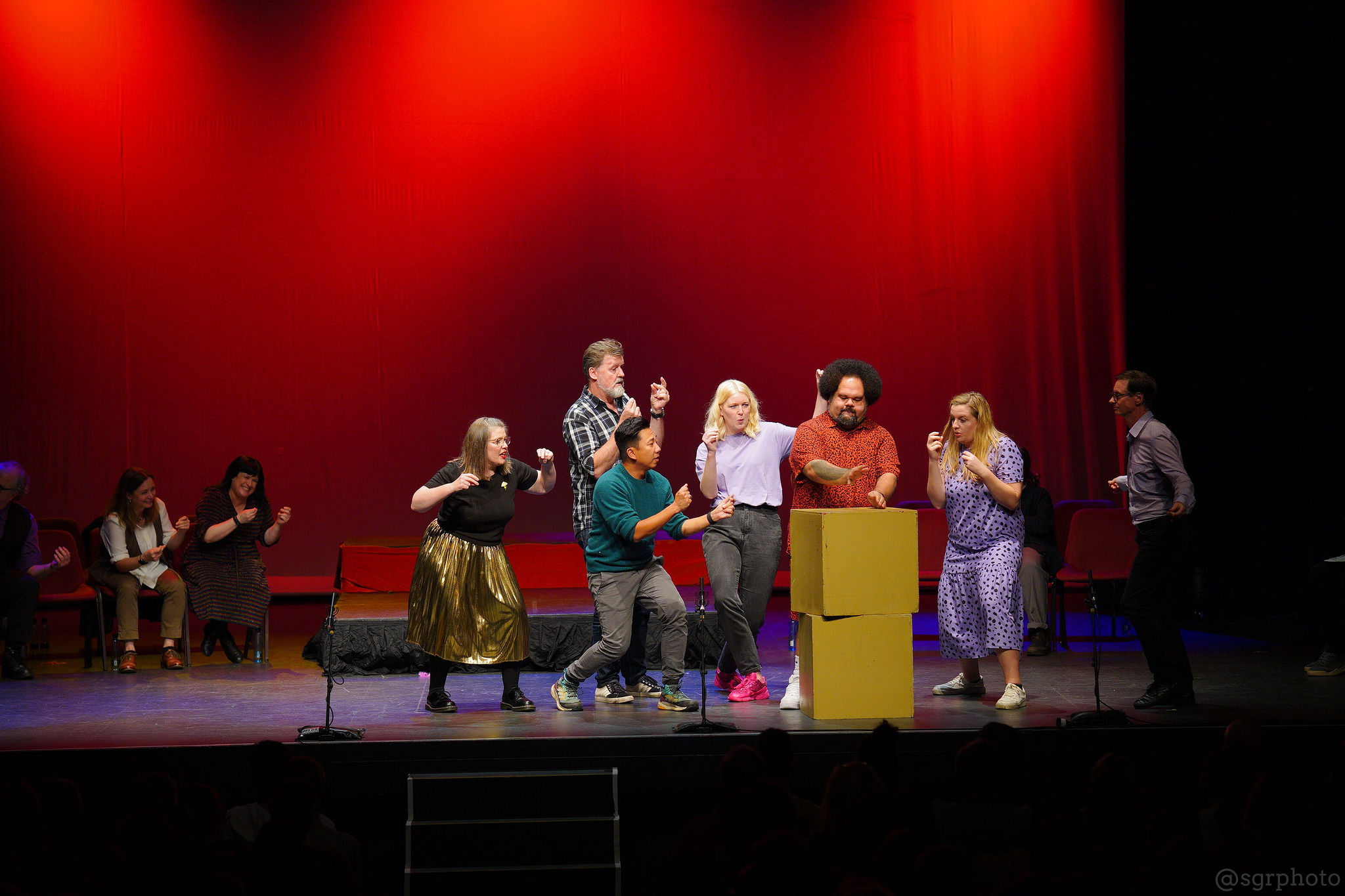 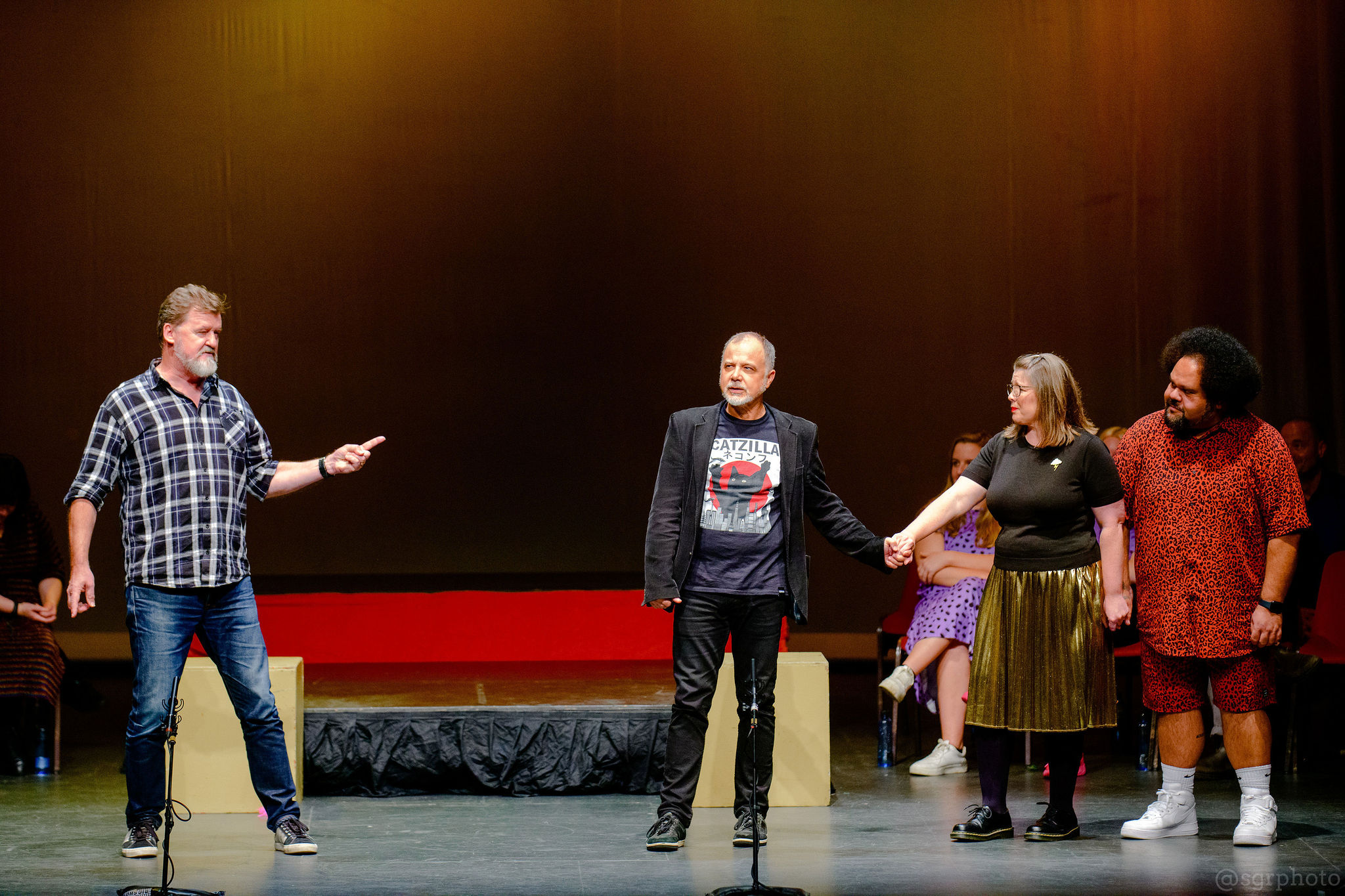 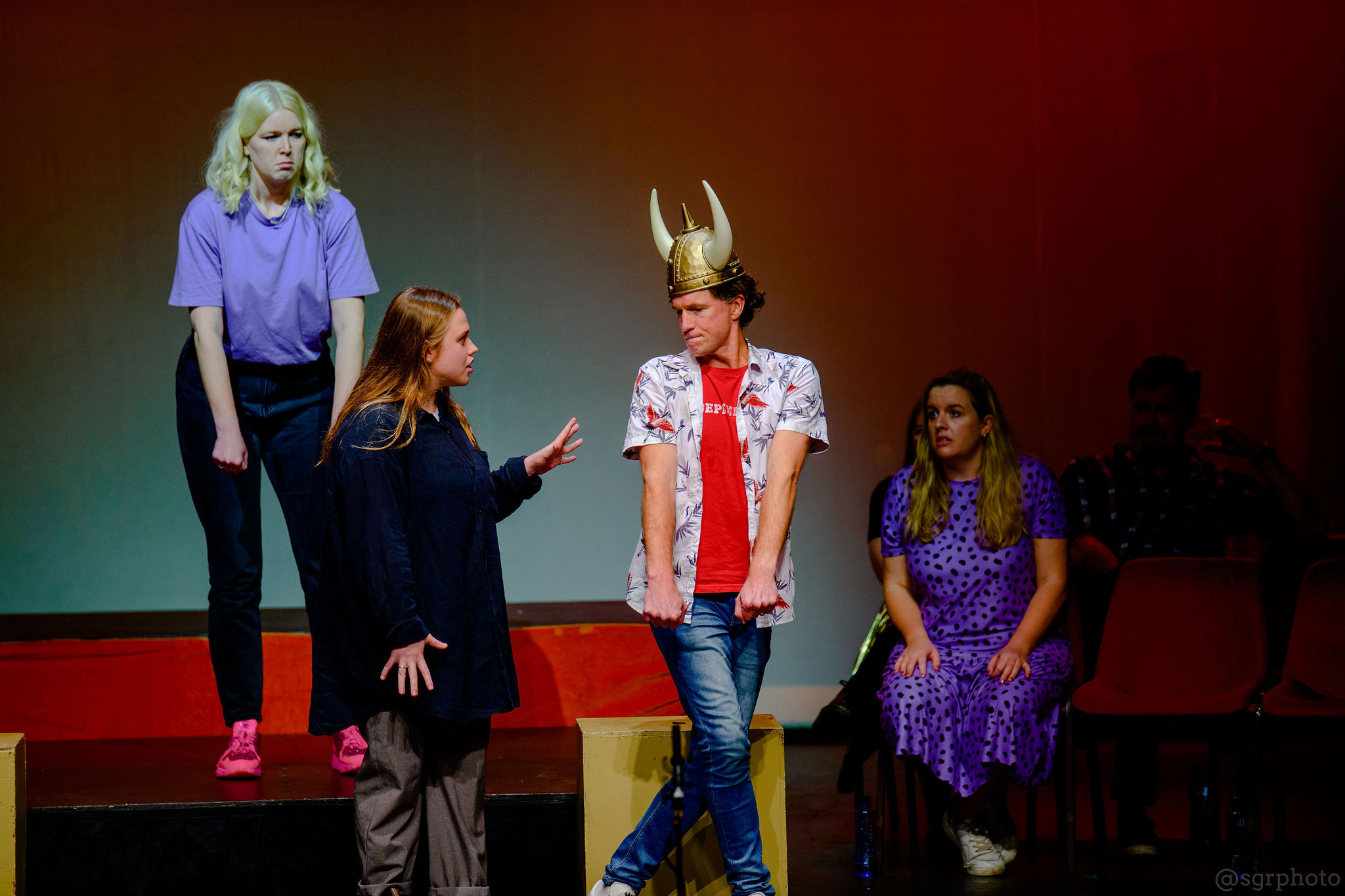 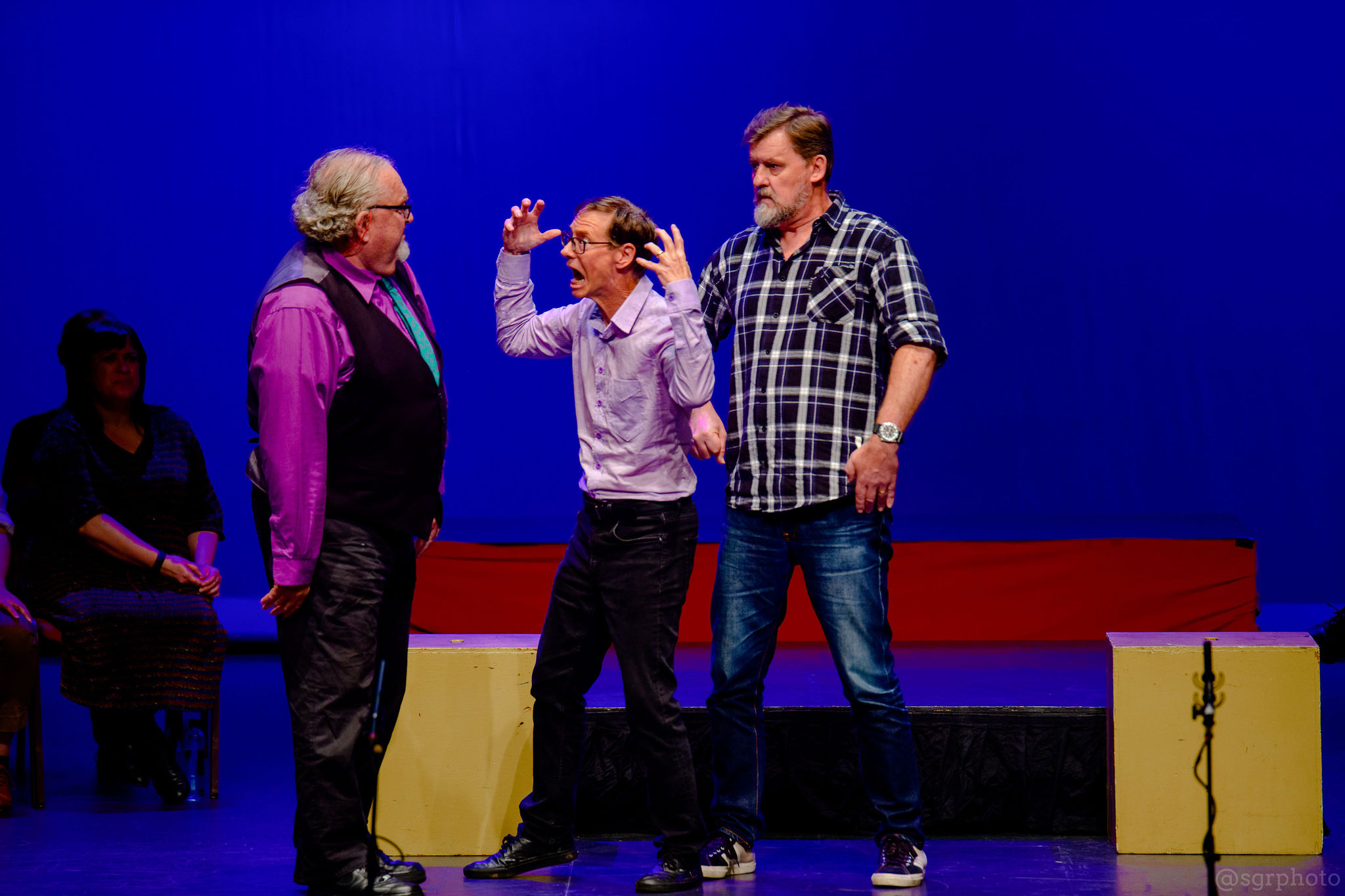 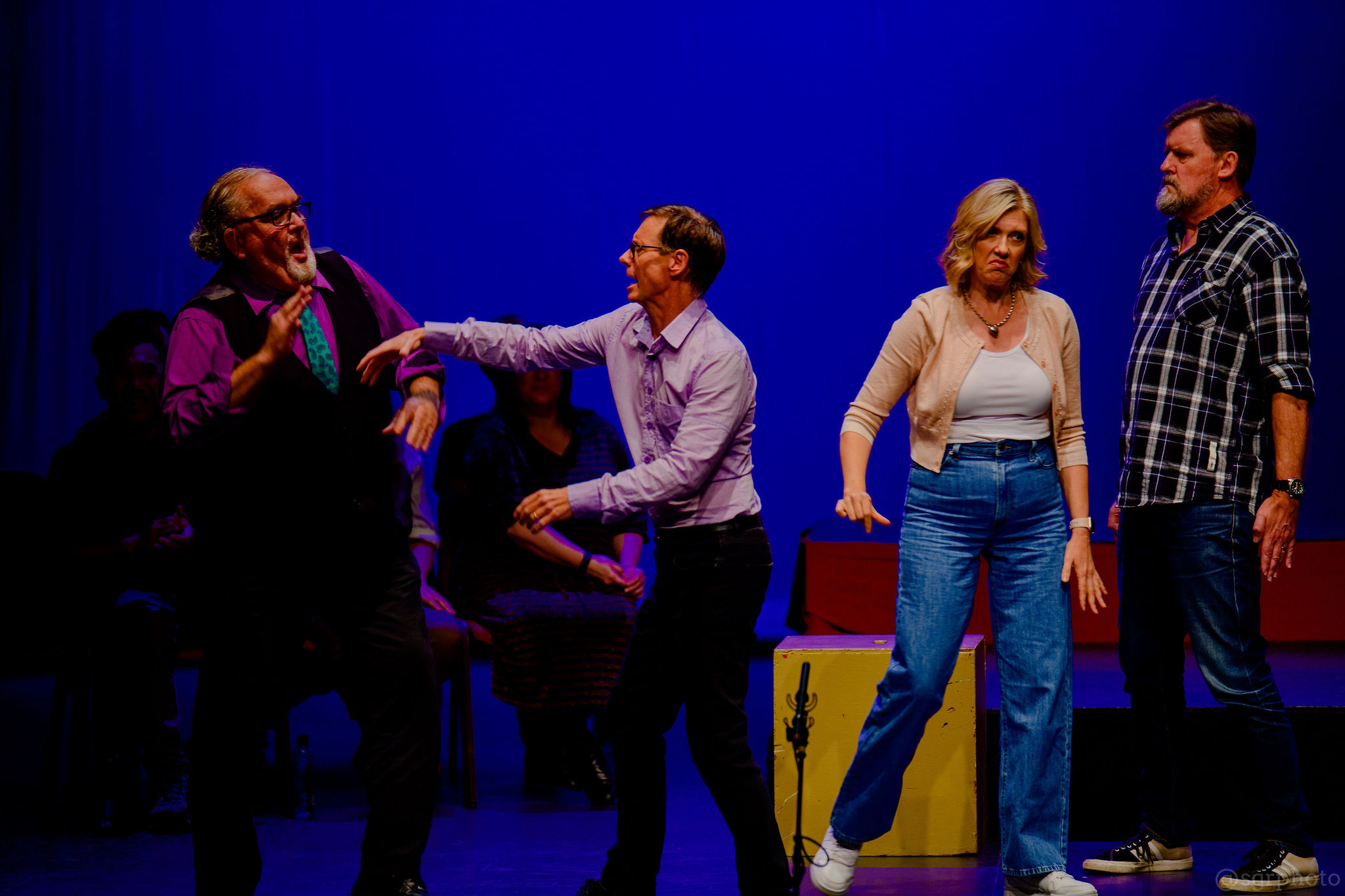 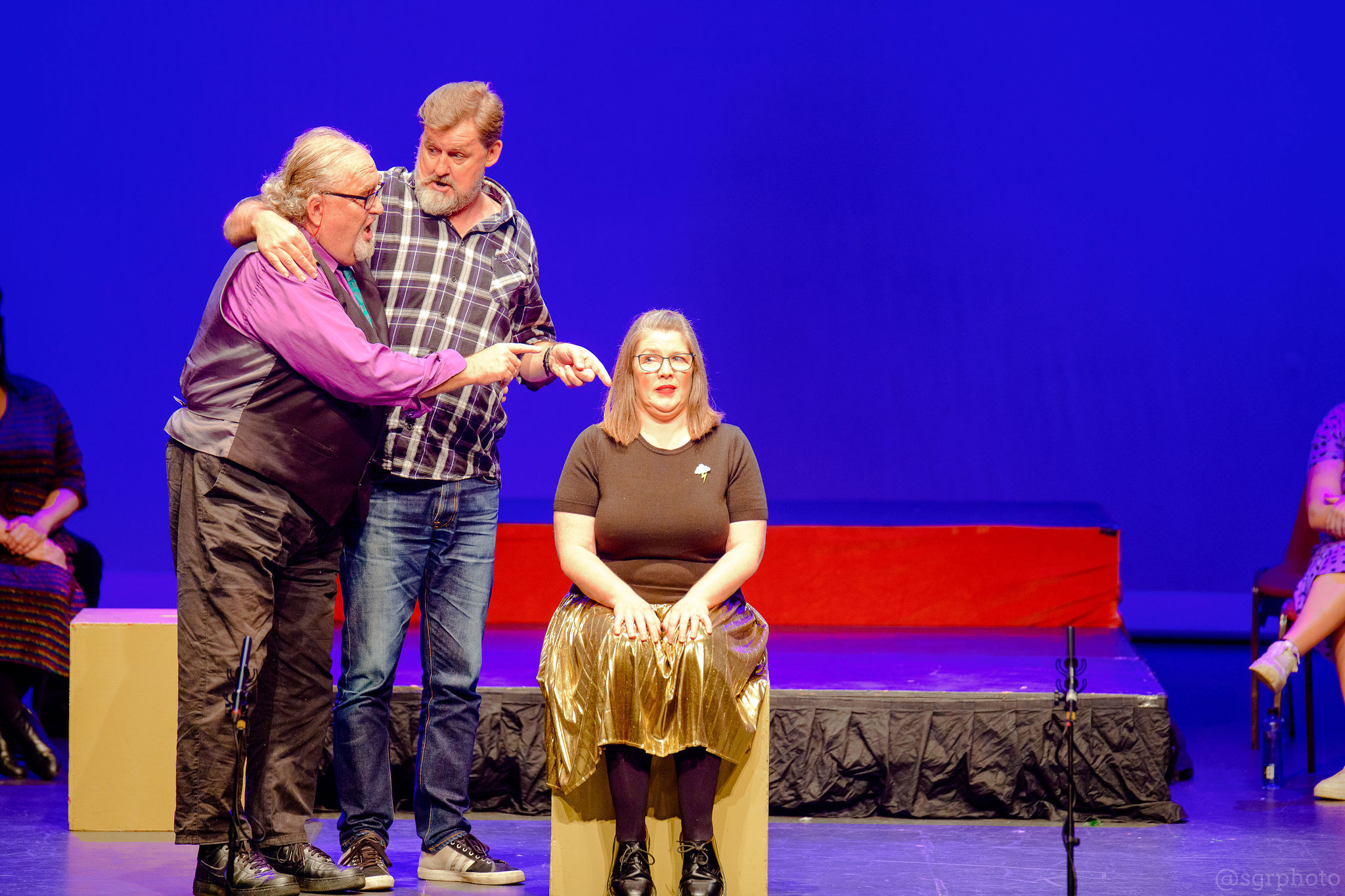 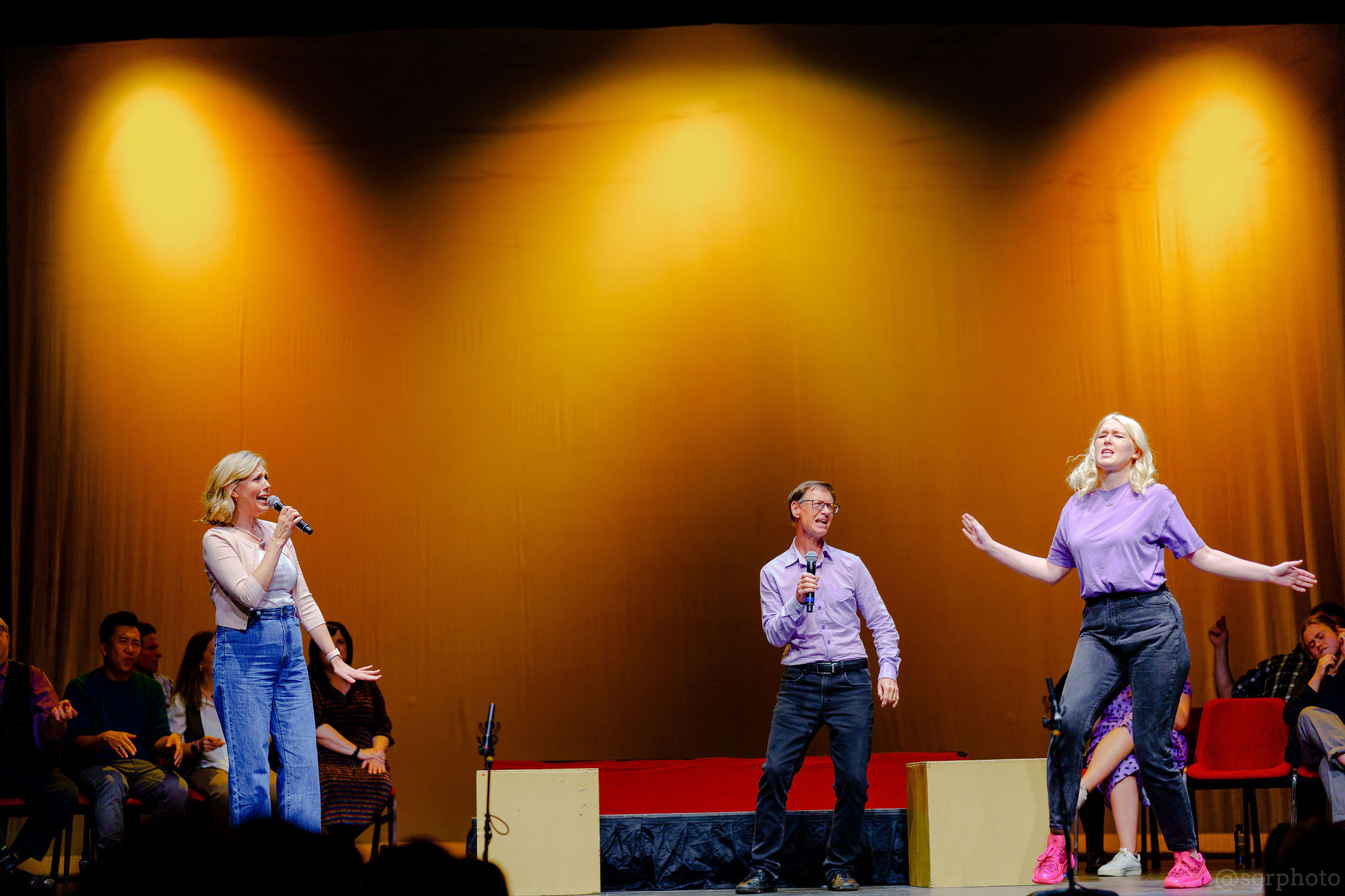 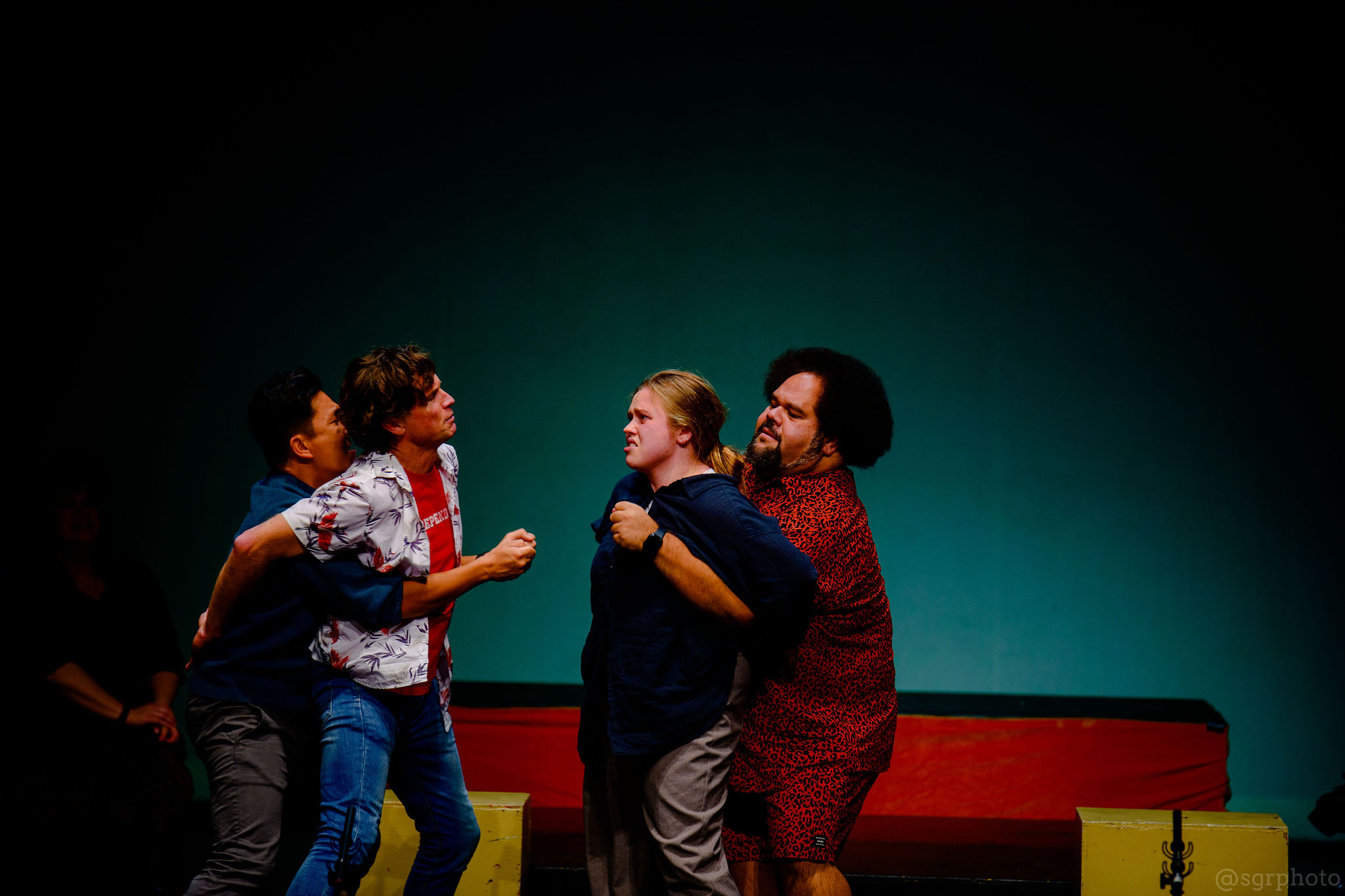 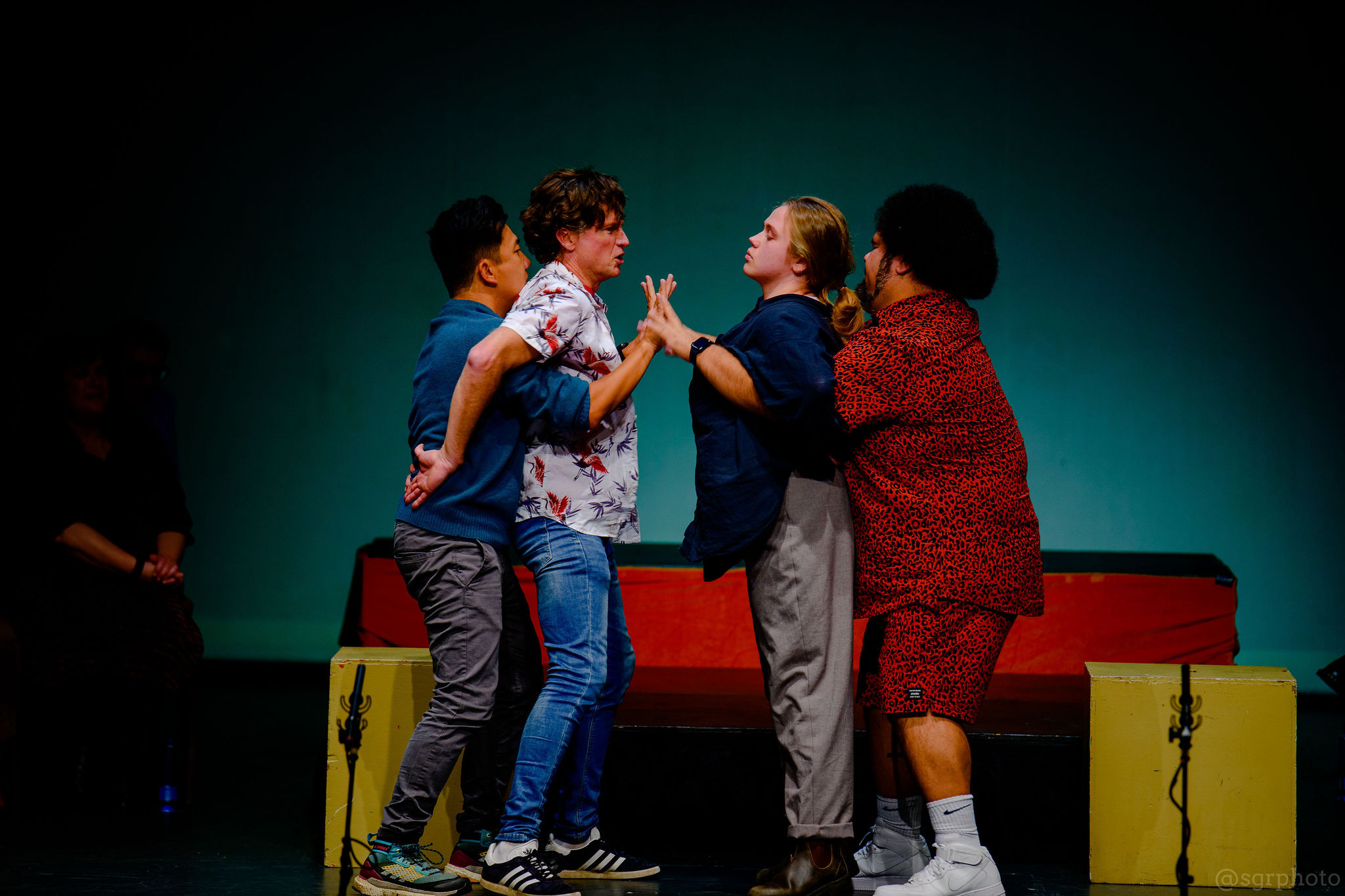 Featuring a stellar cast of TheatreSports players making it all up on the spot, with no rehearsal & no prep time, and no idea of what they’ll be challenged to. It’s the ultimate actor’s nightmare. It’s improvised comedy at its fastest and funniest.
TheatreSports – the longest-running comedy show in town – is ready to hit the stage running. Featuring an A-Team of impro-comics entertaining audiences the only way they know how – by the seat of their pants…and without a safety net.