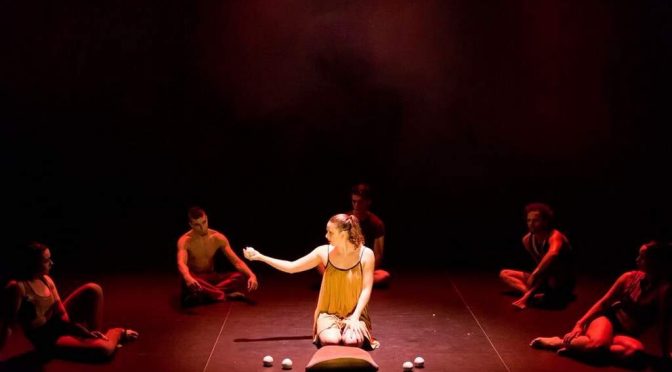 Playing as part of the Sydney Fringe, THE WOMEN OF CHASING SMOKE  is under the aegis of contemporary circus company Casus, an organization respected Australia-wide for the quality of their development of thematic content inside the form.  The parent production, CHASING SMOKE, is a larger show which was “born out of Circus Oz’s BLAKflip, a program that nurtures and actively increases the number of Aboriginal and Torres Strait Islander circus artists on stages in Australia and across the globe.”  This incarnation is the women of that show and it is blazingly femalecentric in strength and lyricism.

It begins with a tour of ‘Aborigine World’ from a hostess who is dressed in a colourful and very charming 50s tea-length, full skirt, swing dress.  As two women of colour do the huddle and look sad thing in their grey ill-fitting costumes on centre stage, our hostess re-introduces us to our historical misperceptions.  It’s a confronting beginning if you have time to really think about it but this show will move fast, morph easily into new skill based scenes and flow gracefully to express the lived experience modern indigenous women.

What I loved is the truth of this production.  Cradle a wine cask bladder on stage before the show begins, create an ankle-breaker of a conquering walk over addiction and finish the show by coming downstage centre to pass out treats and speak of “partially white.” It’s a bare-knuckle gut-punch of honesty but the velvet glove is pure class and skill.

Each of these three artists, Ally Humphris, Pearl Thompson, Lara Croydon, has a speciality, as expected from a show billed as circus, but the neat packaging of their art brings this outing together in a cohesive way.  One understands the tropes of circus, that get it wrong the first time to show how hard it is stuff, but The Women of Chasing Smoke is more raw than that.  It’s not flawless, it’s human and physical and arrestingly real.

Using several short scenes as the architecture, themes of culture and power are foregrounded through dance, voiceover, hoop and juggle and some truly marvellous strength work.  Other moments bring the sweetness of a duo who watch each other as their highly technical, individual isolations lyrically fill the small stage; drawing each other, and us, in.  Until they move alike and near to stand with upper torso in stasis in a truly beautiful representation of strong women.  Audiences are also absorbed in a more narrative section where the Emu Inside is illustrated by small handled balls in the air and in the orchestrated and redolent thump of their orchestrated fall.

The show is technically excellent also.  The lighting colours are chosen with care to enhance the content.  In one very moving sequence, though, a character travels downstage to be hit with the harshness of no colour.  Her skin is limelighted, and the melancholy of the voiceover is violently, metaphorically wrought.  Stunning! There is also some terrific pumping music in places, a thump that impels the audience to clap along and there is yearn and wail in other places, culminating with that 1950s creation giving a cooking lesson with some very smooth swing jazz behind.

In this penultimate section, the alchemy of cooking words drip with the slowness of a thick batter into a bowl. “Assimilate the butter into the segregated ingredients”. Ugh.  And there is a genuinely ferocious phrase that calls out rape culture that took my breath away!

In fact, I’m not sure how much breath I drew during THE WOMEN OF CHASING SMOKE. It’s a wonder of a production, not much more than 30 minutes, packaged without filler and frill.   But you will need to be quick to catch it as it whisps away from the Fringe tomorrow. 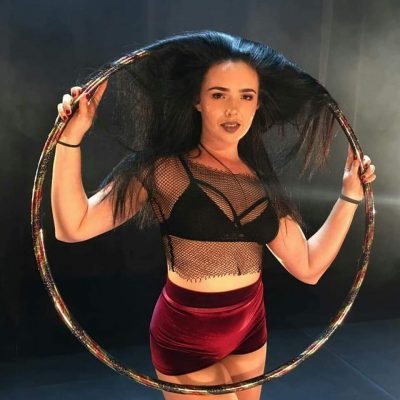