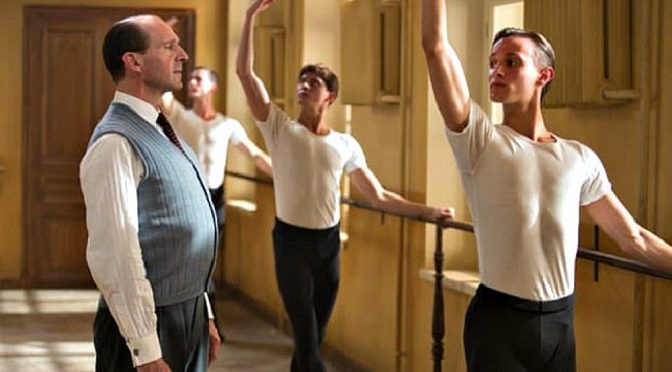 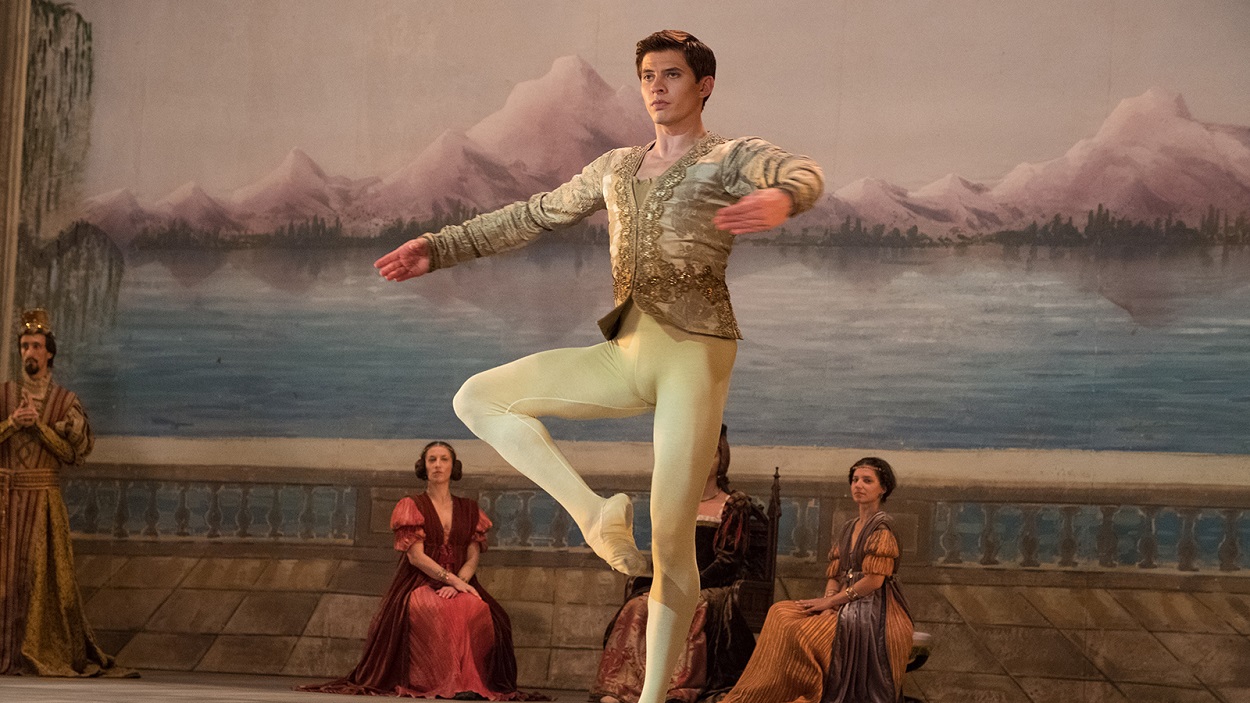 THE WHITE CROW is Russian slang for a person who is “unusual” and not like the others. It is a double-edged term used both for someone of exceptional ability and for an outsider who doesn’t fit in anywhere .

Screening as part of the Sydney Film Festival ,beautifully, elegantly photographed this film tells the story of the young Rudolf Nureyev from his birth on a train to his dramatic defection in Paris in 1961. It is directed by Ralph Fiennes (his third film as director) who also in the film plays Nureyev’s teacher and mentor Alexander Pushkin. Julie Kavanagh’s biography of Nureyev was adapted for the screen by David Hare. It is mostly in English but there are sequences in Russian and French with English surtitles. There are some exquisite shots of Paris.

The film interweaves Nureyev’s triumphant 1961 tour of Paris performing with the Kirov company (now known again as the Marinsky) with black and white flashbacks to his poverty stricken childhood in Ufa and then Leningrad (now again St Petersburg), where he and his three sisters shared one bed and their mother quietly but bravely struggled out in the middle of a snowstorm to find food for her family, resulting in a fascinating portrait of the multilayered ,very complex ballet superstar. There is also the rather tense relationship with his soldier father. As well ,we see him as a young boy auditioning for a company in Russia. We see how Nureyev’s defection involves crises of loyalty to his family (who were threatened) and the ballet community. But all Nureyev was doing was focusing on his art.

Oleg Ivenko portrays Nureyev brilliantly, a terrific dancer and actor. What we see is how Nureyev is obsessed and driven to dance , passionate in his search for balletic perfection.  We see him relentlessly practice, practice, practice and rehearse, and the resultant bleeding feet. There are some glorious shots of ballet class and also performance ( for example solos from La Bayadere and Le Corsaire) .As well we see Nureyev take himself to the Hermitage  while in Russia and the Louvre in Paris , studying the plasticity of the sculptures and the glorious paintings. Plus his obsession with train sets. What we also see is Nureyev’s huge ego and his supercilious arrogance and rudeness.

Fiennes as Pushkin is mostly reserved, feline, aloof and restrained yet volcanically passionate about dance underneath .

The film is upfront about Nureyev’s sexuality – we see both his affair with Puskin’s wife Xenia (Chulpan Khamatova), and his sleeping around with men.

The defection scenes at the Paris airport are tense and nail biting . Rudi’s guide for many of his Parisian society explorations is socialite Clara Saint( Adèle Exarchopoulos ) whom he meets through the French dancers who’ve befriended him and is sort of un-officially his girlfriend, who scrambles frantically to his rescue at the airport .

A crisis develops between the French and the Russians at the airport,   with Nureyev trapped in the middle of swirling politics. Nureyev is torn between the real fear that he could be sent back to Russia by the KGB at any time for even the smallest infraction of the rules(which he breaks anyway), yet he also feels he doesn’t belong among top Parisian society.

Nureyev decided what was best for his artistic future rather than his family and friends and personal safety. But will he make it to freedom in the West? Nureyev doesn’t defect because he is tired and fed up with the endless Soviet oppression , rules and bureaucracy but because he has had what Pushkin calls an “explosion of character”.

A terrific film for dance lovers.

THE WHITE CROW is screening as part of the Sydney Film Festival. There  is a screening at Event Cinemas George Street at 6pm on Monday 10th June.