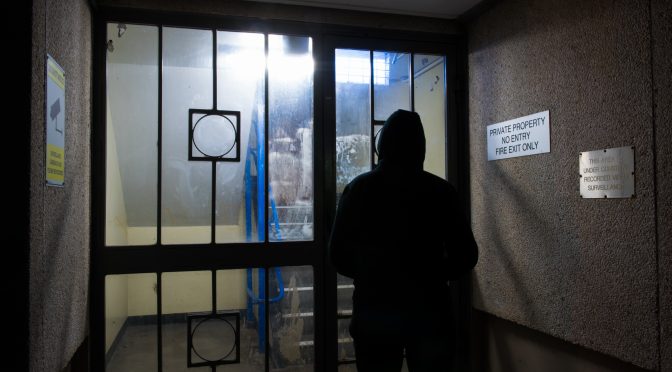 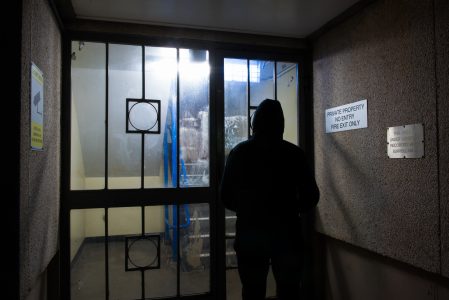 Shakira Clanton is outstanding In Henrietta Baird’s harrowing one-woman play, THE WEEKEND. She dances, swears, laughs and cries as she tells Lara’s story of her search, in various pockets of Redfern, for her wayward husband. She embodies the voices of a variety of women, men and children. These various characters are full of personality and contrasts. Drug use is prevalent in this community and Shakira captures the different levels of degradation apparent in their voices as she searches through some decrepit drug dens in the towers of Redfern. Her performance as Lara captures her humanity, foibles, humour and determination of this wonderfully written character.

This play focuses on the conflicts of a mother who loves her children and goes interstate for three weeks work so that she can provide for them. She leaves them in the care of her partner Simon, the children’s father, but his drug addiction leads him to abandoning the children. She has seen many admirable aspects of Simon but as she discovers the drug houses he frequents and the women he has relationships with she begins to realise more about the situation and about herself.

This could be a very bleak play. There are broken families, violent fathers and husbands, suicide, the removal of children by welfare authorities, alcoholism and drug addiction. To counteract this there is the banter between the characters, the asides from Lara and some funny physical humour added to the mix. Accolades to Henrietta’s writing and direction from Liza-Mare Syron. The underlying soundtrack (Dobby and Nick Wales) gives the performance energy and vibrancy. Kevin O’Brien’s clever design adds to production.

THE WEEKEND’s world premiere was at Carriageworks on 18th January, 2019, and is part of the Sydney Festival. It runs until 23rd January. The Weekend is an engaging piece of theatre and is recommended.