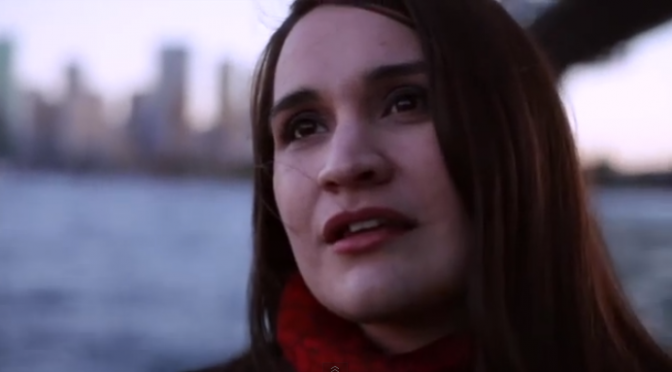 THE SHAPESHIFTER is playing at The Factory at 105 Victoria st Marrickville.

The Factory itself is an amazing space. A punk psychedelic industrial minimalist space, harsh and bare yet practical and functional, situated just down the road from Newtown about 20 minutes from Newtown Station.Josipa Dreisma is a serious actor. She holds an MA in Creative Arts and Theatre Performance. She has studied in both Australia and New York. But in this play she chooses in a number of different scenarios to displays an almost childlike naivety and vulnerability.

Whereas Comedians (Comediennes) often try to dominate their audience, Dreisma seeks to beguile and appease them and lean into them for comfort. Not a smarty like Seinfeld, nor self deprecating but faintly superior (Dave Hughes), there is no social commentary here. Dreisma is in the business of relating almost one to one with her audience.She is on the side of the confused dispossessed lonely and down trodden. No wonder she provoked real empathy and laughter from some members of the audience..particularly the young. She evinces laughter from her pain because it is the pain and confusion we may have seen in ourselves.Dreisma is the genuine article, who does not cloak herself with wit and sarcasm. This is not theatre for everyone. The play is part of the Sydney Fringe Comedy festival.It is theatre for the adventurous. It is 45 mins to an hour long. Food for thought over a coffee afterwards.See it if you dare.