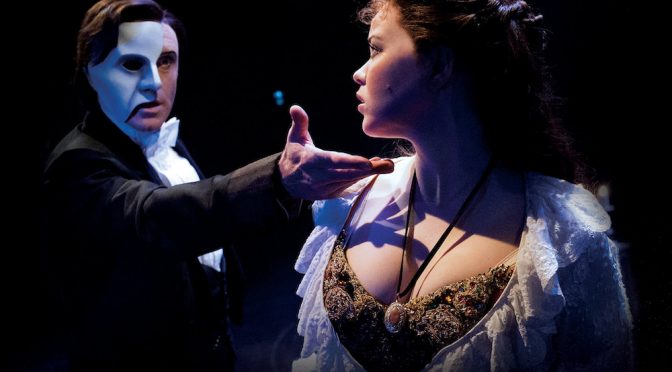 Opera Australia in association with The Really Useful Group, will present Cameron  Mackintosh’s spectacular new production of Andrew Lloyd Webber’s The Phantom Of The  Opera in Sydney and Melbourne.

The much-anticipated production will premiere at the Sydney Opera House from 19 August,  marking the first time in the show’s history that it will play at this iconic venue. It will then move to Arts Centre Melbourne from 30 October.

This exciting new production of The Phantom of the Opera broke box office records at the Opera  House when tickets went on sale in 2021, and now with only 6 weeks until the curtain rises, Opera  Australia has announced that three final shows have been added to the season.

The anticipation is also building throughout the company with the start of rehearsals today in  Sydney. They have all waited patiently to get into the rehearsal room over the past 12 months and  now the moment is here as they finally start working on one of the most successful and celebrated  musicals of our time.

The cast will be led by Josh Piterman in the coveted lead role of The Phantom and joining him in  this new Australian production, making her Australian theatre debut, Perth’s own Amy Manford will take on the role of the ingénue Christine Daaé and Raoul, Vicomte de Chagny will be played  by acclaimed musical theatre star Blake Bowden.

This spectacular new staging by Cameron Mackintosh premiered with a record-breaking sell-out  tour of the UK followed by a 7-year tour of the United States which grossed over US$400 million  and thrilled critics and audiences alike. Australia is now only the third country to see this new  Phantom with its beloved and thrilling score including the hit songs The Music of the Night, All I  Ask of You and Masquerade. With stunning new staging and scenic design, Maria Björnson’s

iconic original costumes and many special effects including a spectacular new realisation of the  show’s chandelier. It will be performed in Australia by a cast and orchestra of 65, making it one of  the largest musical productions ever in Australia.

The Sydney season of Phantom is supported by the NSW Government via its tourism and major  events agency Destination NSW.

The Phantom Of The Opera in Australia is directed by Seth Sklar-Heyn and produced by  Cameron Mackintosh, The Really Useful Group and Opera Australia.