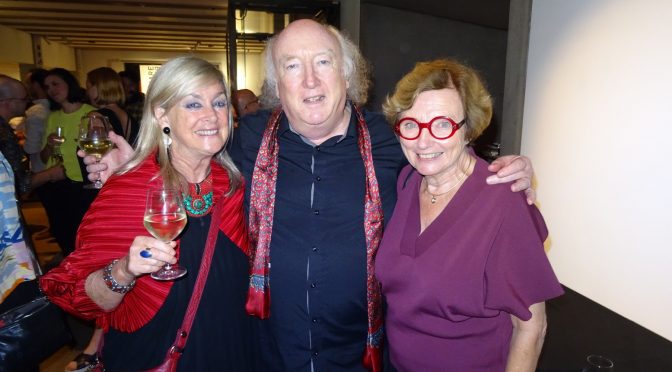 This year’s Bell Shakespeare Company season began with the ribald farce THE MISER marking its 29th year. At the opening night after party Gill Perkins, Executive Director of Bell Shakespeare, outlined an ambitious program for this year and the next.

The most exciting project to celebrate the 30th year is a proposed move to Pier 2-3  in Sydney’s Walsh BayEarlier this year the John Bell Scholarships were awarded to winners from Hamilton, New South Wales, South Yunderup, Western Australia and Darwin, Northern Territory. It involved a week of intensive performance training and mentorship in Sydney. Bell Shakespeare will train 30 teachers from all over Australia to receive specialist training in exciting and involving ways to teach Shakespeare with ongoing support throughout the year.

There will also be a tour of MUCH ADO ABOUT NOTHING visiting 28 venues nationwide as well as  master classes, workshops and seminars across the country which reach more than 140,000 people annually.

There were a number of influential supporters at the after party and she urged both them and their friends to get behind these ventures.

Director of the play  Peter Evans, also the Company’s Artistic Director, particularly thanked  Justin Fleming for his innovative, delightful and larrikin adaptation of Moliere’s play. Evans remarked that it is a very rare event to thank a playwright who was actually present in the room.

Evans also thanked John Bell for his return to the stage with the Company that bears his name for the first time after he stepped down as Founding Artistic Director who relinquished the role in 2015.

As well as well as being nourished  with canapes and champagne opening night guests were also able to mingle with the cast of the play who had delighted them a half an hour earlier.

On a clear night, with the harbour sparkling like the champagne, it was a wonderful start to what I am sure will be an exciting and stimulating year for Bell Shakespeare.