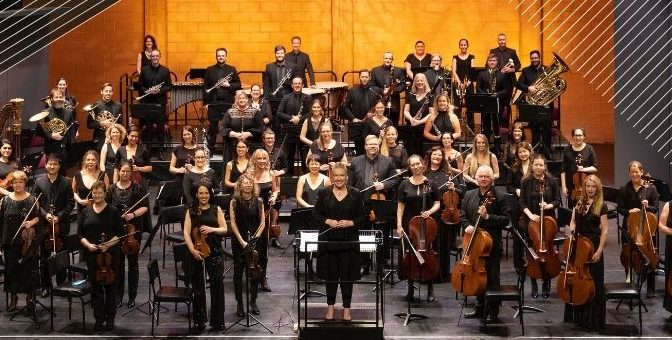 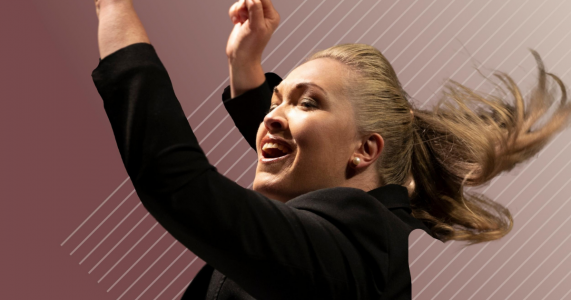 A breathtaking landscape can have a postcard-like, instant, dramatic impact on us. Or we can sit much longer with it, experiencing its components shift slightly over an extended time, facing several changes in weather.

Met Concert 2 from The Metropolitan Orchestra was a consummate celebration of the latter. Musical minutiae and interlocking, shifting elements in some very vivid landscapes from Beethoven, Nigel Westlake and Brahms were capably harnessed and carefully built up by conductor Sarah-Grace Williams and orchestra.

Commencing the concert in this vein was Beethoven’s Egmont Overture (1809). Beethoven’s  frenetic, slow-burn anticipation and initial restraint in this work is a definite contrast to the instant fire of his Coriolan Overture, which is also a successful part of TMO’s overture repertoire.  The slow-build to the work’s later storm clouds was rewardingly paced here.

Kudos goes to the solid contribution of TMO’s french horn troupe as  the environment of this theatrical prelude was explored solidy. Throughout this overture and the entire concert the composers’ demands for much focussed use of brass and wind colour in solo lines and choirs to define details of the landscape were stunningly answered by TMO members and principals.

The choice of the  subtly-hued, sunny and expertly expanded panorama of Brahms’  Symphony No 2 in Dmajor (1877) to conclude the concert is likewise very different in tone to the more familiar first and third symphonies, with their instanly accessible, huge  dramatic declamations from the outset. 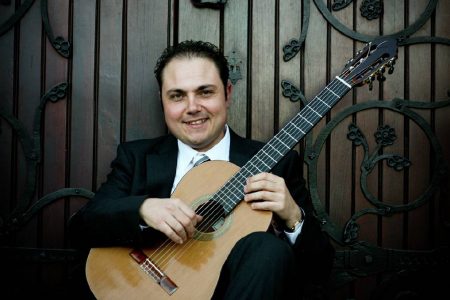 TMO did endear us to this symphony by offering  a fine ‘big-picture ‘ painting of Brahms’ sweet structures. The busy flux of this work’s detailed  landscape was played with clean overlap and smooth transfer of line and motif across the ensemble, especially in the flow of the opening movement. Careful musical choices and meticulous preparation were in evidence throughout.

The cellists of TMO, concert stars in their own right, led an exquisitely chiselled charge at the opening of the second movement. There was a spirited, warm and engaging scene change  in the third  movement (‘Allegretto grazioso’) featuring balanced, unified band voice. Brass  with percussion sections gilded the ecstatic sunset of this work’s finale.

The concert highlight came with the concert’s most recent work, beating with very full heart at this event’s centre. Nigel Westlake’s Antartica Suite with guitarist Giusseppe Zangari, was a glistening celebration of the score composed for the 1991 Imax film.

This film music highlighted the musicianship and versatility of the soloist as well as the orchestra. The management of the storyline’s shape, mood shifts, timing and evocation of place was well achieved by TMO and its collaborator.

Guitar fragments in modern idiom and employing progressive effects were comfortably rendered by Zangari. Despite the brief nature of many of the angular guitar entries, his instrument sang with a deep lyricism in the combined tapestry. 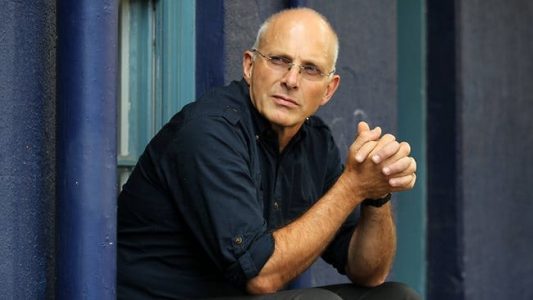 It was a thrill to hear contemporary-style solo guitar pitted against TMO’s capable resources in such an evocative work.  Antarctica Suite transported us to unique musical and geographical landscapes. The intricacies of Westlake’s effective,  challenging orchestral writing with a  fragmentary approach to melodic and textural shifts were satisfyingly pursued by team TMO.

The momentum and pace for this performance of the movie music suite in quasi concerto style as a dense tone poem remained secure. This was despite successive brief solos, shifts in instrumental groupings and variegated narrative. These elements were required to overlap and transfer initiative frequently to depict the desolate environment, human contact, wildlife and natural processes.

The precise, penetrating cries from  Zangari’s guitar instantly emphasised the mood of each icy picture . His cadenza was an expressive  sun-on-ice type flow betraying an innate musicality and comfortable synergy with his instrument. He virtuosically welcomed this new music including his instrument’s voice.

There was exceptional work also here from harp, winds and percussion as they participated in bringing both small details of soundscape and patterning of more extended vistas to shapely life.

Our moments before interval were also made more intimate and tender by a beautiful encore. Zangari played Stanley Myers’ Cavatina from the ‘Deer Hunter’ film soundtrack, made famous by guitarist John Williams. Giuseppe Zangari continued to display in  this encore exemplary poise, range of nuance, a precise, gentle excellence with  fine harmonic and melodic shaping.

The busy TMO musicians can next be heard on June 5 at Leichhardt Town Hall for the Chamber Concert 2 . Peter and the Wolf Cushion Concerts, TMO Strings in concert and Met Concert 3 all take place during July and August.