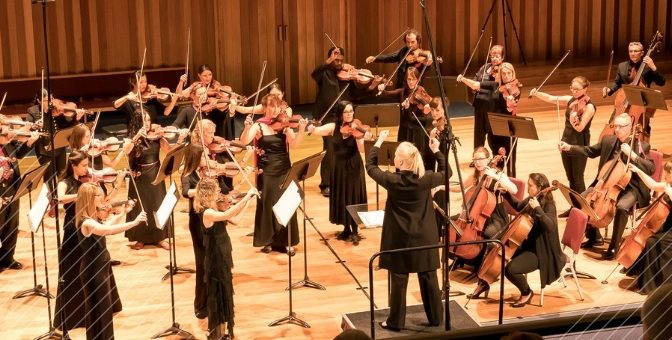 There is something indeed electrifying about the result of composers writing for string orchestra. This concert’s programming was rich in such excitement. It also was high on the breathtaking entertainment level . It successfully illuminated the versatility and precision of The Metropolitan Orchestra’s string family as they worked well in many styles and performance roles.

At the very warm and dazzling heart of this programme was TMO strings collaborating as accompanist for Australian violinist Maria Lindsay. Their performance of Tommy Tycho’s Violin Concerto, a work written for this virtuoso, was a stunning centrepiece of the event.

Composed around the turn of the century and premiered in Randwick by Lindsay with her Lurline Chamber Orchestra in 2010, this is a work full of fiendishly challenging string effects. Even more engaging is its use of Middle Eastern flavour as a reference point throughout.

Tycho, legendary TV and local conductor, arranger and pianist was once the pianist to the Shah of Iran. He would be proud of TMO strings’ sympathetic, atmospheric accompaniment and svelte capturing of mood plus Middle Eastern accent shown during this version of his string work.

At no time during  this recent promotion of Tycho’s compositional voice however did any delivery of the requisite virtuosity lose sight of the beauty or sweetness of Tycho’s unique soulful structures and interestingly shaped, spicy cantabile. This impressive solo musician backed ably by the integrity and talent of TMO strings extended the influences into the modern violin-wth-string-orchestra canon and also into our dazzled hearts and minds. 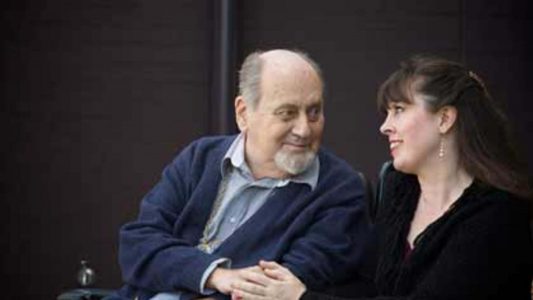 Puccini’s signature, instant evocation of mood which gilds his opera favourites found new warmth in this work, an outpouring of grief following the death of his friend King Amadeo I of Spain.

The warmth of tone and super-smooth sculpturing  of Puccini’s  phrases and contours realised by TMO strings was a beautiful, gentle opening to this night of definite contrasts and assorted dramatic gesture .

Exemplary string orchestra unity, balance and skilful overlap of string colours were features of this performance. It turned before us with intricacies to cherish, similar to the detail of the chrysanthemum flower, with it soft but complex detail and lines symbolising the complexities of mourning.

TMO then catapulted its interpretative skill well into the twentieth century. The string players launched immediately into Bernard Hermann’s Psycho: A Narrative for String Orchestra (1968).

Many familiar shrieks, breathless, pulsating anxiety, soundscape elements and sound effects from Hitchcock’s 1960 classic film were nicely woven through this medley-vignette by the film composer. 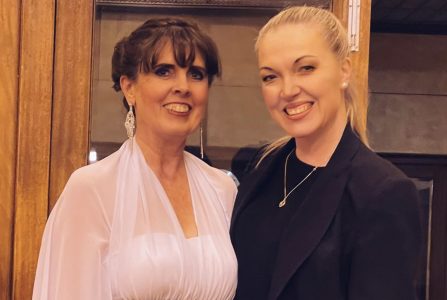 Everything from the shower-scene stabbing to other demands on strings to flesh out the horror genre soundtrack gave us  full, angular precision of motive and extremes of volume. Vivid imagery from TMO Strings and a film work performance here was an impressive leap across musical styles following  the opening sweetness of the Puccini tribute.

Following on from further chameleon shifts in colour and cultural inspiration present in the following Tycho Violin Concerto, this concert’s dynamic trajectory next flipped back decades in time and considerable distance in style.

The Elgar Introduction and Allegro (1905) is a fantastic example of the aforementioned electrifying outcome of a composer focussing on writing for strings alone.

This scintillating work is a tour-de-force of historic reference, a neo-Baroque celebration of the concerto grosso or soloist team versus the larger group. It endures way past the premiere by the newly formed LSO with huge entertainment value and even larger complexities of construction. 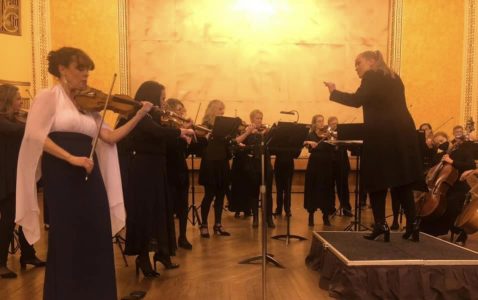 The versatile, strong TMO strings cohort here gobbled up the chance to showcase yet again the sonic and dramatic possibilities of their strings-only ensemble in concert.

Soloist concertino members for Elgar’s work came from the ranks of the TMO. There was keen conversing from this quartet, from the larger ripieno as well as between soloists and the larger assembled group. In this work and in TMO’s interpretation once again the inimitable stretch of the string orchestra voice was clearly demonstrated for us.

Elgar’s powerful, emotional  but new musical approach during  this backward-glancing romp bristled in the clever hands and heads of TMO Strings and conductor Sarah-Grace Williams. The audience reaction at the conclusion of this work and of the entire concert was an energetic, unmuted, full-bow ovation.