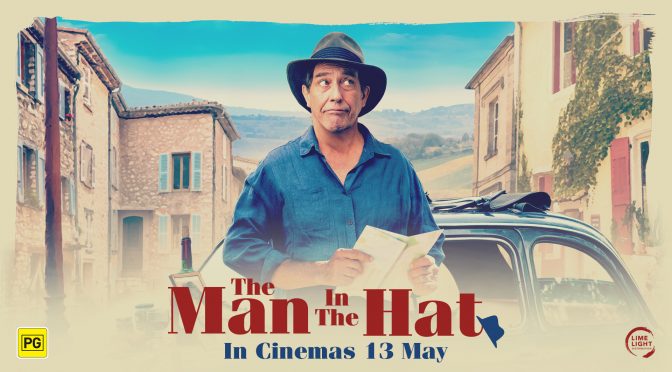 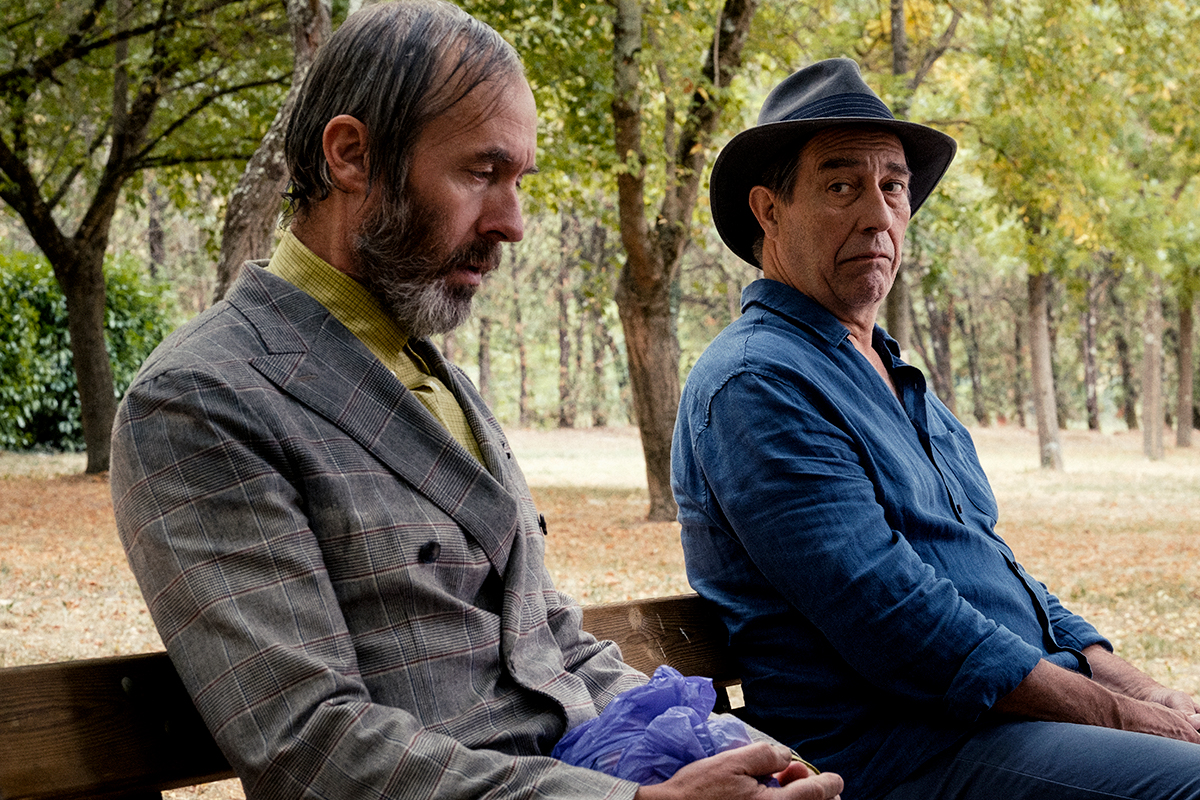 The delightfully intriguing comedy, THE MAN IN THE HAT will open in cinemas nationally from Thursday 13th May.

The film stars Ciarán Hinds (Game of Thrones) as the titular character.

The film is a beautifully framed odyssey of music, storytelling and silent comedy traversing the breathtaking landscapes of France.

The protagonist sets off from Marseilles in a small Fiat 500. On the seat beside him is a framed photograph of an unknown woman. Behind him is a 2CV car into which is squeezed Five Bald Men. Why are they chasing him? And how can he shake them off?

As he travels North through France, he encounters razeteurs, women with stories to tell, bullfights, plenty of delicious food, a damp man, mechanics, nuns, a convention of Chrystallographers and much more. And always, on his tail, the Five Bald Men.

As the Fiat 500 wends its way across the mountains, gorges and bridges of France, the 2CV hard behind him, THE MAN IN THE HAT comes face to face with the vivid eccentricities of an old country on an old continent.

Written and directed by John-Paul Davidson (director of travelogues Brazil with Michael Palin and Stephen Fry in America) and Stephen Warbeck (winner of the ‘Best Music’ Academy Award for Shakespeare in Love) the film is refreshing and life-affirming.

With limited dialogue, music plays a key role in conveying story and emotion throughout the film and composer Stephen Warbeck’s score deftly transports audiences to the French countryside.

Warbeck comments “I’m a big fan of the French mime artist, actor and filmmaker, Jacques Tati, who was an early inspiration for the film.”

The film features an endearing and memorable performance by Ciarán Hinds as THE MAN IN THE HAT, with supporting cast members Stephen Dillane as ‘The Damp Man’ and Maïwenn as ‘The Biker’ – just two of the interesting characters THE MAN IN THE HAT encounters on his journey.

THE MAN IN THE HAT is distributed in Australia by Limelight Distribution.

Sydney Arts Guide has ten in season double passes to give away to see ‘The Man In The Hat’. Email editor.sydneyartsguide@gmail.com with THE MAN IN THE HAT PROMOTION in the subject heading and include your postal address in the body of your email. Winners will be advised by email.