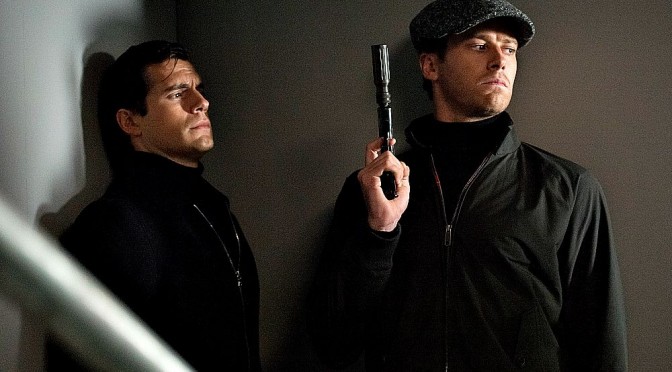 2015 has been a year for the spy movie. Spy,Spectre, Mission: Impossible- Rogue Nation, Kingsman: The Secret Service, and now The Man From U.N.C.L.E.

Based on the popular 1960s television series and directed by Guy Ritchie, THE MAN FROM U.N.C.L.E reunites the perennial favourite odd couple to the silver screen…the smooth talking all American Napoleon Solo played by Henry Cavill and the humourless, glum Russian Illya Kuryakin played by Armie Hammer.

Together they work for an organisation called the United Network Command For Law Enforcement (U.N.C.L.E.), and reluctantly put aside their longstanding hostilities to stop a mysterious international criminal organisation which is trying to create World War III.

Napoleon Solo, played by Henry Cavill, is a former master criminal now secret agent who seeks out Gaby, played by Alicia Vikander, a young motor mechanic, whose scientist father worked for the Nazis during World War II. He believes that her father has been captured and forced to work for a wealthy Italian couple, Victoria (Australian actress Elizabeth Debicki) and Alexander, who want him to build a nuclear warhead. Alicia needs to find her father to prevent a nuclear disaster.

Overall, the film never takes itself too seriously and pokes fun of the timeframe it’s in, often making references to other Cold War movies such as Dr. Strangelove and Thunderball. Both Henry Cavill and Armie Hammer play their screen counterparts well, particularly Armie as the classic formidable Russian spy. There were plenty of funny moments where the male antagonists comment on each other’s country and satirise the then very tense relationship between USA and the USSR.

The Man From U.N.C.L.E. is now screening in cinemas.