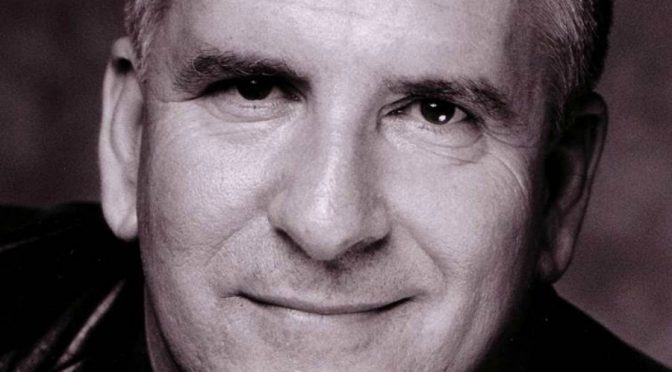 At the launch of the latest paper, Board Member, Martin Portus suggested that they have pretty good form in matching the right writer to the right contemporary topic but twice now Currency House has handed over the essay task to practitioners who use their personal story to enrich the art. Last year Stephen Curtis used his life and work to argue for the place of the designer in the creation of theatre.

Platform Paper 49 is by Nigel Levings. Launched by Director Lindy Hume (Director of Opera Queensland) at Belvoir Street Theatre last night, THE LIGHTING DESIGNER is an exploration of a life lived and shared in what Hume called “the dark intimacy of lighting sessions”.

From his beginnings at Melbourne’s Princess Theatre, Levings has lit some 500 major productions and won a swathe of critics’ awards from Paris to Berlin, Toronto to Seoul, including four Broadway awards for La Bohème and The King and I. Based in Adelaide, he is currently lighting Tartuffe for the State Theatre Company of SA and Tosca for the State Opera of SA, both opening in days.

Hume neatly summed up Levings’ ethos though, when she suggested that there is no ‘Levings Signature’. That his work is responsive to each show and his intelligent interrogation of text and extensive research lights the way. Levings himself may have suggested at the end of his speech that he wanted to give the audience the sheer physical pleasure of looking at something beautiful and luscious and the final words of his essay he confirms a delight in sharing with the audience a “pure, succulent, sensuous visual pleasure”. However, his essay provides a revelatory understanding of the science and intricate methodology which Levings employs to that goal.

The first section of his essay is titled This Lighting Designer and is a personal history to enlighten every other chapter. For example, his early career ‘anxious period of under-employment’ will resonate in Chapter 3: Industrial Issues where his experience of remuneration, the paucity of royalties for the intellectual property of a design, and being on call, unpaid, at all hours are explored.

There is also a chapter entitled The Technology which drew me like a moth to the flame as I am one of those dinosaurs who opted out of lighting design about 20 years ago, just when Levings was diving into CAD as his creation tool. He is very evidently thrilled by the science of vision and light. “Why” he asked, “do humans see such a small chunk of the light spectrum?” before employing orchestra tuning as an analogy to discuss the chunk that is also missing in LED fixtures. His TARTUFFE he says, is his homage and goodbye to white light and a lament for the lost world of incandescents. It is evident that Hume and he have discussed the STEM of lighting once too often as they good naturedly ribbed each other about how much would be included in the essay.

In his paper, Levings writes of directorshe has worked with in both positive and negative terms and he is not afraid to name names. One of the most interesting concepts I absorbed from his essay was about directors working in a marked out rehearsal space of equal illumination in which they create a “traffic that brings to light the internal relationships of the characters and the meaning of the text”. For Levings that movement does not reflect the phototropic nature of human beings, let alone actors. And the lived experience when he speaks in person about creating ‘good lighting’ for an actor is generous and beautifully simple in the idea. Allow light to seamlessly follow the actor and express relationships with other characters so that the audience is unaware but allows the actor the space when conscious thought disappears and they are truly ‘in the moment’.

THE LIGHTING DESIGNER is full of moments like that. Though rigorously intellectual, Levings’ personal passion and lifetime of experience speaks to both audience or fellow practitioner and his wisdom will inform your theatre going. I would particularly recommend this paper to the designer of the very expensive concert I attended at the State Theatre last night after the launch. The concert where I could see the bass guitarist better than the star I had waited a lifetime to see!

Lindy Hume will be the writer of the next Platform Paper on the rise of assertive and risk-taking art making in regional Australia.