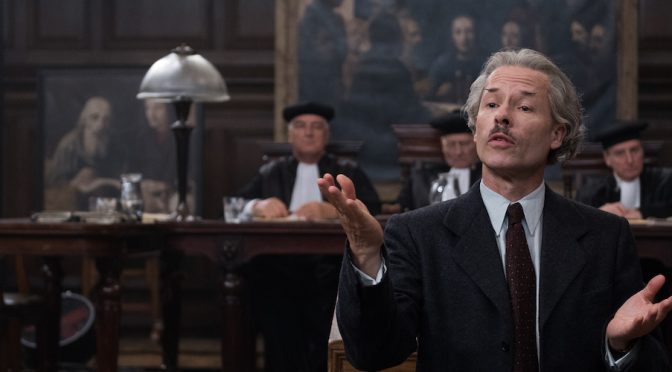 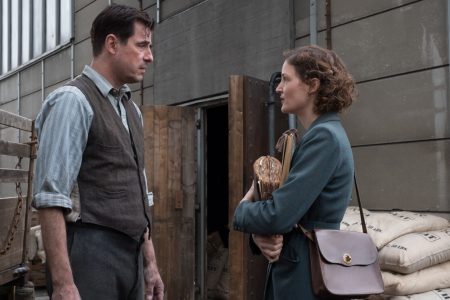 Watching THE LAST VERMEER, I was reminded of the sterling if controversial scholarship of John Carey and his book, What Good Are The Arts? (Faber 2005).

Carey began his book by asking the question, What is a work of art?
The rhetorical question’s answer: perhaps finding a single answer that will satisfy everyone is impossible.

The heartbeat of THE LAST VERMEER is the question: what is art and what makes something a fake or not.

For two centuries after his death no one thought Vermeer as particularly outstanding. His pictures changed hands for small sums and were often attributed to other artists. These historical facts are a handicap for anyone who believes in timeless genius.

There is a theory that civilisation is equated with the possession of art, that possessing art makes one more civilised. High ranking Nazis, following their Fuhrer’s lead thought so. Ironic that the acquisition of many works of art by Nazis came from plundered collections curated by Jews, a race the Nazis saw as uncivilised and uncultured.
THE LAST VERMEER begins in Amsterdam shortly after the end of World War II, when a flamboyant Dutch art dealer, Han Van Meegeren, is suspected of selling the Nazis a valuable masterpiece by Johannes Vermeer.

A former member of the Dutch resistance, working for Allied Command under Canadian auspices, Captain Joseph Piller, is tasked with the job of prosecuting collaborators, working in opposition to the Dutch Ministry of Information, which, may be corrupted by old boy networks, encumbering rooting out Nazi sympathizers.

There have been movies made about the arts end of World War II before, but THE LAST VERMEER manages to mine new veins and works on several levels- as a thriller, a court room drama and a thought provoking prod about the nature of humans and the nature of art.

Money, narcissism and Nazism embroil and embroider this excellent tale of intrigue, subterfuge and forgery.

Guy Pearce as the hedonist gadfly, Meegeren, described as a third rate artist and first rate opportunist, is gleefully flamboyant, relishing the theatricality to notch up another memorable character in his admirable portfolio of portrayals.

Claes Bang is stoically stubborn as Piller, a man zealous to punish Nazism for the destruction and disruption wrought personally and world wide, but also sensitive to reason, struggling to reject revenge and embrace justice.

These two supremely charismatic leads are enhanced by a supporting cast that give the picture an impressive palette of performances.

A superbly structured screenplay by James McGee and Mark Fergus & Hawk Ostby, based on the book, The Man Who Made Vermeers by Jonathan Lopez, THE LAST VERMEER is made more impressive by the fact it is the directorial debut of Dan Friedkin.

You may not know a lot about art, but you know what you’ll like.