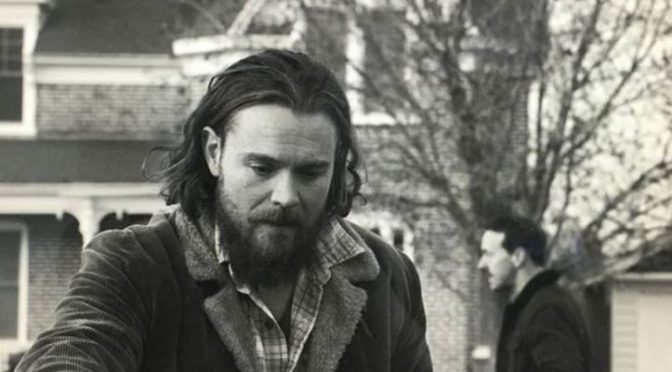 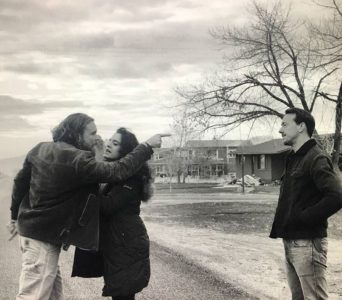 Long after many of the movies you’ll’ve viewed this year merge in your memory, you’ll vividly recall THE KILLING OF TWO LOVERS.

Deftly rendered and deeply satisfying, THE KILLING OF TWO LOVERS begins with a man with a gun standing over a sleeping couple in a bed. We are in crime thriller territory – or are we? Either way, the tension is palpable, the anxiety ratcheted.

One of the many great strengths of THE KILLING OF TWO LOVERS is the way writer director Robert Machoian sets up scenes that you expect will go one way and then surprises by changing gears.

THE KILLING OF TWO LOVERS is Scenes from a Marriage, Utah style.

David and Nikki were schoolyard sweethearts who married young and now have four children.

Nikki has called time out on the marriage, has custody of the kids and has started a relationship with a co worker. David is struggling to grapple with the separation, trying hard to be civil in an emotionally charged scenario, overcompensating his paternal duties with gifts and impromptu surprise visits.

The eldest child, teenage daughter, Jess, isn’t handling the situation too well either, questioning her father’s capitulation, seeing the separation as his surrendering of the family unit.

Clayne Crawford is terrific as David, a conflicted, confused, bruised bloke, cognisant of what he has lost, apparently inept at recovering it. Frustration shortening the fuse of a dreadful detonation.

Splendid too is Sepideh Moafi as Nikki. Very much her own person, a mother fiercely protective of her children and with profound affection for David, but clearly not defined by just traditional roles of mother and wife. She refuses to live life painted into a corner.

Filmed in Kanosh, Utah, Oscar Ignacio Jiménez’s clear, crisp cinematography and framing is beautifully achieved, making the most of the wide open space with the fringe of mountain on the horizon, yet boxing it in to a 4:3 aspect ratio, creating a striking metaphor for the space between the spouses and the peak of happiness just out of reach, simultaneously creating the combustible constriction of David’s mental and emotional anguish.

The Killing of Two Lovers is directed and written by award-winning filmmaker Robert Machoian with an undertone made eloquent by the elevation of the ordinary, superbly timed pauses, audacious changes of tempo and persistent narrative zest, a born spell-binder who needs not raise his voice to raise the hairs on our neck.