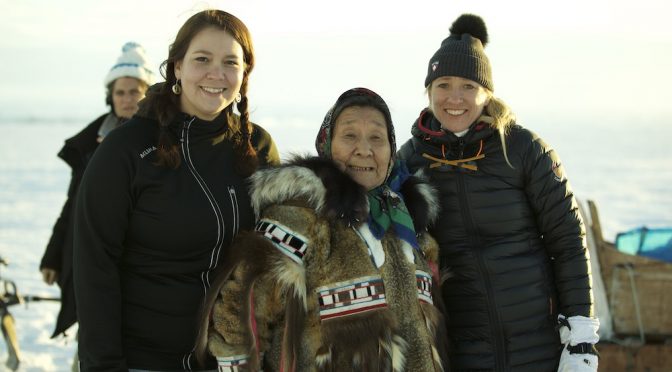 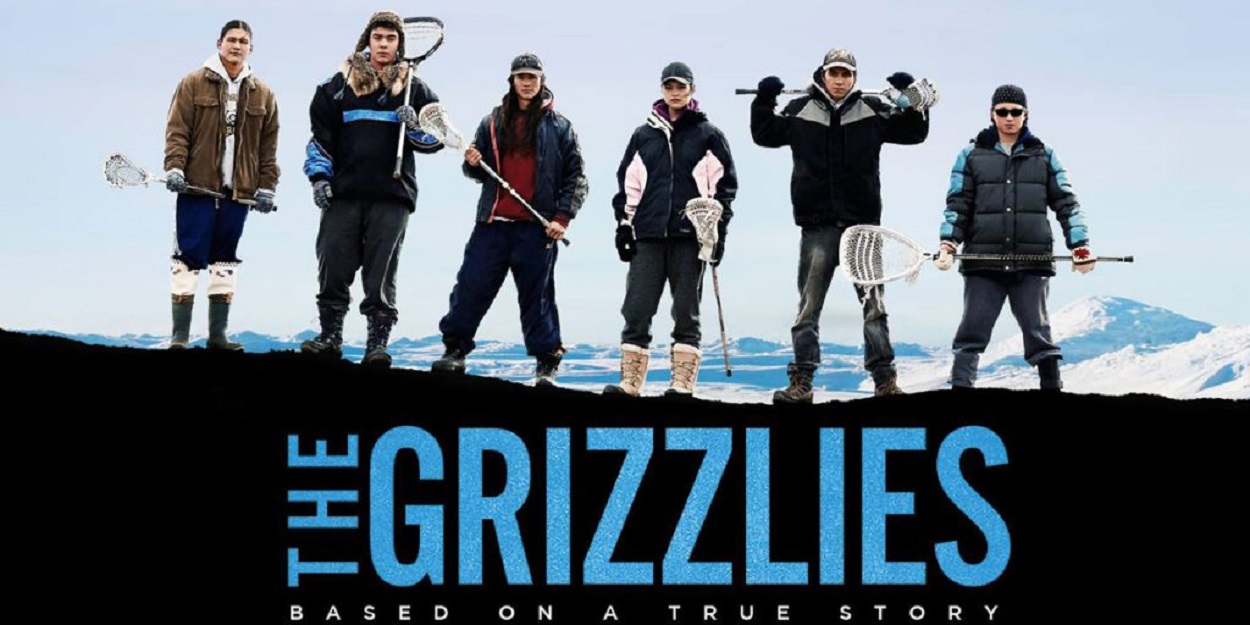 THE GRIZZLIES, superbly directed by Miranda Pencier and stunningly photographed by Jim Denault, is sure to  touch your heart.

We follow Russ Sheppard (Ben Schnetzer) who is starting a new job for a year at Kugluktuk High School. Kugluktuk is a small hamlet in the Canadian arctic and in 2004 had the highest suicide rate in north America. While it is beautiful country it is can be overwhelmingly dark, cold and depressing.

It’s not just about lacrosse. Over the length of the film we see how Sheppard changes things, giving students hope, and involving the whole community.

We also learn about the First Peoples in the town, their language and culture, as well as hidden social problems like drug use and domestic violence.

Some students don’t attend school, at all. The film uncovers some of the story behind the town’s damaged history, and the First People’s wariness as white people forced them to assimilate.

From his first drive through town Sheppard is hit by the sense of looming futility and despair that engulfs the place. He observes a minuscule police station; ,aggressive, edgy youths drinking and smoking, and ramshackle buildings badly in need of repair.

On his first day at work Sheppard finds his class dull, listless and uncaring. It turns out to be a most awkward day with communication hiccups because of cultural differences, many absentees and a fight with an edgy student. The principal Janace (Tantoo Cardinal) listens but doesn’t want to intervene because in the First People’s culture family comes first rather than education.

Sheppard, however, decides that if the youth have an outlet for their dissatisfaction, their lives and that of the community could be changed. Eventually they start to train with the goal of playing in the lacrosse nationals in Toronto. The team becomes named THE GRIZZLIES.

Supporting characters are terrifically portrayed. .We see how Adam  (Ricky Marty-Pahtaykan) and Zach (Paul Nutarariaq) are united through being the main providers for their families and how introverted Miranda (Emerald MacDonald ) and terse Kyle (Booboo Stewart ), who have fragile outer shells hiding trauma and distress, with both their home lives hiding abuse, morph into attentive young adults.

Can they raise the money to make it to Toronto ?! The school’s math teacher (Will Sasso) assists with the training and coaching and also acts as a chaperone for the trip.

There is spectacular photography of the landscape as well as the team training sessions, with the team chasing Maggie the dog that Sheppard adopts.

What is also fascinating is that we see the original Grizzlies now and learn what has happened to them and how sport has changed them and their community.

THE GRIZZLIES is screening at selected cinemas from this Thursday March 18 2021.