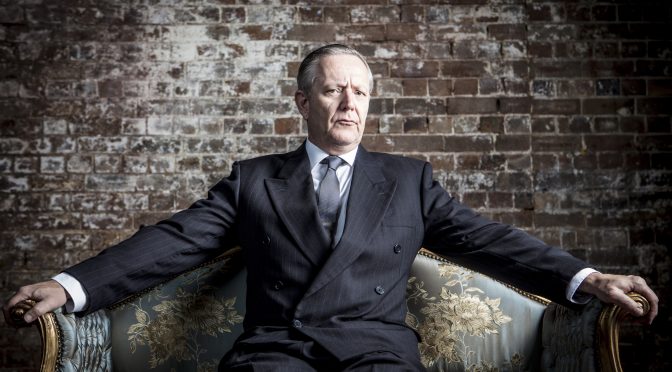 Direct from the Parliamentary Despatch Box, the Sydney Opera House today announced that renowned satirist Jonathan Biggins will tackle one of Australia’s most memorable Prime Ministers, Paul Keating, in a highly anticipated new comedy, The Gospel According to Paul.

Audiences are invited to set their Antique French clocks for a satirical masterclass in the Playhouse from 13-18 May as Biggins distils Keating’s idiosyncrasies, focussing on key biographical milestones, landmark political achievements and personal obsessions.

The Gospel According to Paul paints a comic, insightful and occasionally poignant portrait of Keating, the man that – as he tells it – “single-handedly shaped contemporary Australia”. Biggins delves into the life and times of the abrasive and erudite Labour Party leader who trained at the knee of Jack Lang, treated economics as an art form, demanded we confront the wrongs of our colonial past; and, perhaps most fascinating of all, shared a great love of the arts and classical music in particular.

Despite Keating’s oftentimes divisive politics and proclivities, his way with words is undeniable. Biggins’ one-man show encapsulates the former PM’s uproarious and acerbic debating style, firing off an ever-growing list of memorable zingers from the man who stubbornly refuses to fade into obscurity.

Audiences of Sydney Theatre Company’s long-running Wharf Revue will be familiar with Biggins’ uncanny sketches as Keating. Beyond the undeniable likeness, Biggins, like so many Australians, has long been fascinated by Keating. This full-length production showcases Keating’s eviscerating wit, rich rhetoric and ego the size of Everest. Biggins asks the question – what can we learn today from this singular politician, and the momentous era in our country’s history that he dominated?

Biggins says: “In the many years I’ve been playing Paul Keating, I’ve never sensed the audience missing his presence on the political stage as much as I do now. As the revolving door that now passes for the Prime Minister-ship turns ever more pointlessly, they miss his wit, resolution and imagination; his pursuit of the big idea and his courage to tackle big issues. And what better place than the Sydney Opera House, symbol of so many of the values he believed in, to give people a reminder of where this country could go if we only had someone to lead us.”

Sydney Opera House Head of Programming, Fiona Winning, says: “With a lifelong interest in architecture and love of theatre, the Hon Paul Keating has been a long supporter of the Sydney Opera House. It is only fitting that we welcome Jonathan Biggins back beneath the sails to celebrate arguably one of Australia’s best Parliamentary performers. The Gospel According to Paul is a show that promises to be all iceberg and no tip, and not the other way around!”