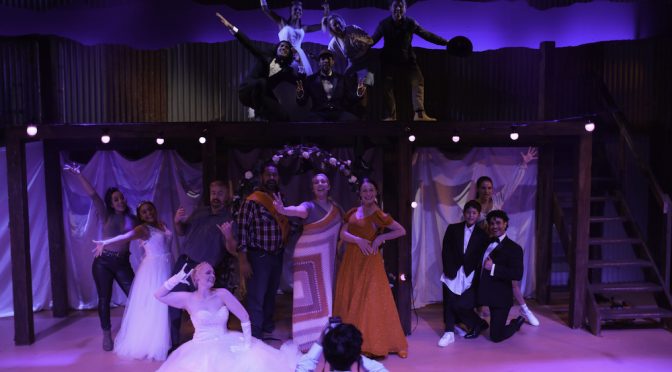 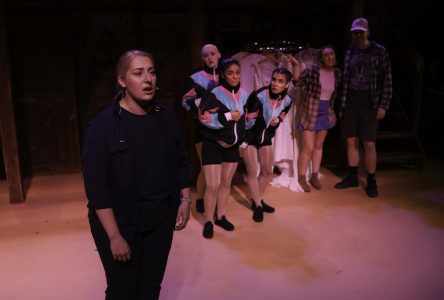 Hannah Reilly’s THE DEB is the winner of the 2019 Rebel Wilson Comedy Commission and as a result it is the play to open the Rebel Theatre, the Australian Theatre For Young People’s (ATYP) very own new theatre within Sydney’s iconic, multi-purpose  Walsh Bay Arts Precinct.

There’s little doubt that this play will draw comparisons with P.J. Hogan’s Muriel’s Wedding as it features a  main character, a dorky young woman, who wants to make something of her life.

Reilly’s play  is set in the sleepy country town of Dunburn and it is coming up to the time of the annual debutante ball, one of the town’s major events of the year. Young  Taylah wants to make a splash at the Ball but has some obstacles to overcome.

Her mum passed away early in her life and her grumpy father Rick is looking after her. He is more intent on Taylah helping him with work around the farm than in any silly Ball.

The other cloud hanging over her Is that Taylah is a bit of a pariah amongst her classmates and has little prospect of finding a date to take to the Ball.

Things get even more difficult for her when a distant cousin Maeve comes to stay with her and her father.  Maeve comes from the city (after being thrown out by her mum) full  of attitude which sees her condemning  patriarchal society and men’s sexist attitude to women. She goes down like a bomb in Dunburn which makes Taylah’s life even harsher.

THE DEB  is a good hearted, lightly satirical musical which makes for a good night’s entertainment.

The songs were appealing  without any stand out hits

Hannah Reilly and Fraser Corfield paced the action well and adroitly navigated the audience through some major shifts in the narrative.

Mason Browne’s costumes were a highlight with plenty of colour and variety.

The performances were impressive. Two very experienced actors- Tara Morice as Shell the woman in charge of the Debutante Ball and Jay  Laga’aia as the town Mayor, led the way. In the other main  roles  Katelin Koprivec played the dorky but feisty Taylah, Charlotte MacInnes was the deceiptful Maeve and Monique Salle played a city beautician who ends up playing a main role in the action.

Recommended, Hannah Reilly’s THE DEB is playing the Rebel Theatre, Pier 2/3, the Walsh Bay Arts Precinct until the 22nd May, 2022.