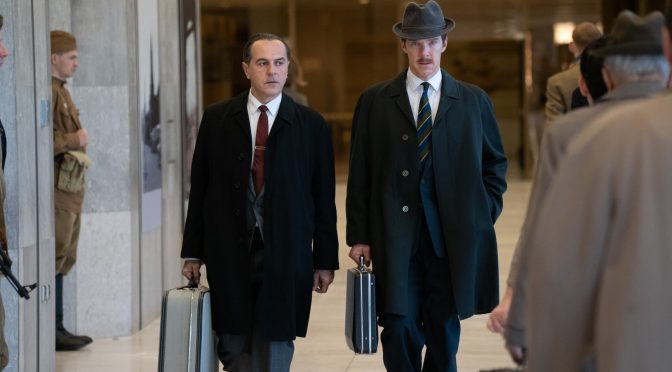 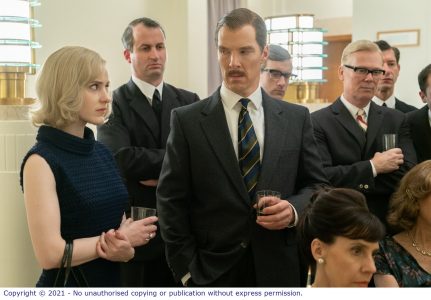 Cold War thrillers don’t come any better than THE COURIER.

Benedict Cumberbatch stars as British businessman, Greville Wynne, recruited by MI6 and the CIA to form a partnership with a GRU officer willing to supply intelligence to the West.

The simplicity of the subterfuge is that Wynne did not have to pose or pretend. His cover was genuine – a businessman doing business in Eastern bloc countries. Hiding in plain sight, he was merely a courier, taking dispatches from the Russian to the British and Americans.

Exploding attache cases and projectile propelling pens are eschewed by the spies in this griping cloak and dagger, instead simple trade craft is employed, like the wearing of a particular tie bar.

Espionage, by its virtue, and also by its vice, employs amateur and professional alike, and those two streams collide and collude to create conflict.

Cumberbatch is very good as the amateur and plays off nicely with Merab Ninidze as the seasoned spook, Oleg Penkovsky.

Jessie Buckley continues to thrill and astonish as Wynne’s wedded wife, suspicious of her husband’s secret work, suspecting infidelity rather than espionage.

Production values are first class. Cinematography by Sean Bobbit (Oscar nominated for Judas and The Black Messiah) continues to confirm and consolidate his uncanny photographic knack of replicating the Sixties.

Tom O’Connor’s script is witty and concise, a construction of character and place, depicting the specific time yet mirrororing contemporary concerns.

THE COURIER is an exemplary example of espionage thrillers building on suspense to sustain interest, more subtle and exceedingly more satisfying than far fetched stunts, and the creation of characters that the audience can relate to, characters that have aspirations of family and freedom.