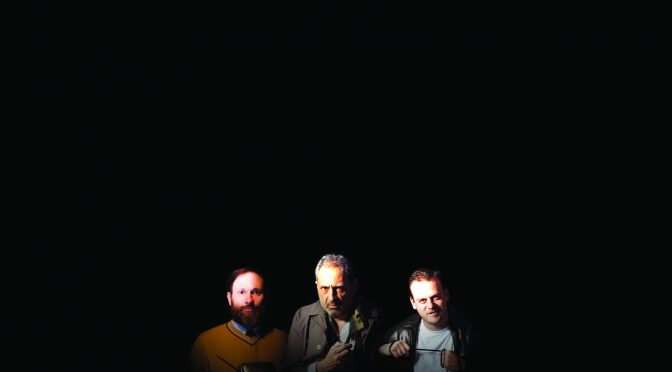 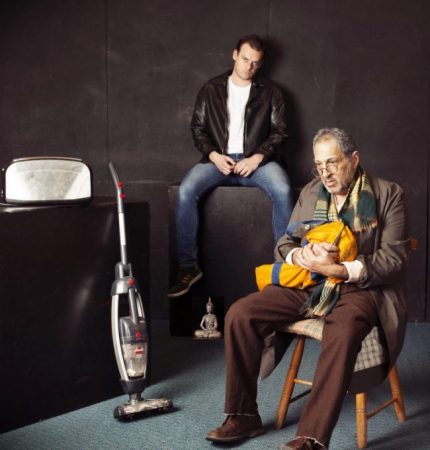 THE CARETAKER, a classic of the English stage by Harold Pinter is coming to Riverside Theatres and Glen Street Theatre.   The Guide had the opportunity to speak to Nicholas Papademetriou who is acting in a role he has played before but this time, co-directing the show with Alex Bryant-Smith.

But in particular there are these 3 lost characters who are trying to find a place in the world where they fit and they can’t because of society and how their lives have evolved.  And it’s very interesting when you compare it to how young people search for identity through such things as social media.  Yet they are still alone in many ways.  Because the play is about isolation and search for identity.

It’s also about a struggle to survive their environment and that is still very relevant now, as it was in the time it was written.  Britain was going through quite an amazing change recovering from the war and the influx of immigrants and so a lot of people were struggling because their world was changing and that is exactly what’s happening now.

SAG:                      The brothers have had this constant time together and now there is an interloper.
NICHOLAS:          Exactly and Pinter once said it’s about how strong the ties of brotherly love are.  Of course there are lots of people who have lots of interpretations about what the play is about but Pinter always maintained that something very strong in the play is how close family ties are.

SAG:                      You are co-directing the show with Alex Bryant-Smith and you have played the role before, from your experience what do you think “Pinteresque” really means?
NICHOLAS:          Well that’s a subject in itself.  You would know his famous quote where he said the plays were about the weasel under the cocktail cabinet!  For me Pinteresque is about me … about me finding the truth in a script that is not necessarily naturalistic but it must be truthful.  Because just observing a pause in the stage notes doesn’t make it Pinter.

I saw a quote that said it wasn’t the subject that made it Pinter it was the characters. The Caretaker is a pretty simple story but what happens in the context of it is really thrilling.  It can be electric.

SAG:                      And the setting?  Are we going for grime? The costumes in your media release look like it.
NICHOLAS:          We are going for authentic cluttered old west London home. My mother and father would always come and see something, and as I tend to play character roles, they would always say … you were very good but can you wear nicer clothes.  Nearly everything I do wear fairly grungy stuff so when my mother came to see Freud’s Last Session the first thing she said was not about my acting but … beautiful suit.

So here I have to grow my beard and wear those grungy kind of clothes but I must say it’s great to just immerse in a role, in a character like that because he is an amazing character in an amazing play.  You’ll see when you come?  Are you coming to see it?

SAG:                      To be honest I haven’t made my mind up, it’s Pinter.  Talk to me about that, it’s just you and me, why should I see it.
NICHOLAS:          Because it’s mesmerising. Pinter done well.  Some people do say it can be boring and I totally understand why they say that.  In fact one of the critics of it in a London production said they left at interval because it was excruciatingly boring because it had got to 2 hours by interval because of the pauses.

BUT when Pinter is done well, as I believe ours is, it’s intriguing and mesmerising and thrilling and theatrical in the way you enter at the beginning and go on this roller coaster.  It’s also very funny.

SAG:                      And Pinter is a master of language of course.
NICHOLAS:          Yes.  Like all playwrights he’s had hits and misses but this is up there with what you would say his best ones are. He has an amazing body of work … The Birthday Party, The Homecoming, The Caretaker those three in particular I think are pretty spectacular.  This has to be my favourite now because I have worked on it twice and I really love it.  Well I love them all!

So I really think you should come because it gets quite dramatic and heavy and confronting in parts but it is also extremely amusing.  And the characters are so brilliant, they are so beautifully written and so well defined and with just 3 in the cast it is a chance to see some exciting acting.