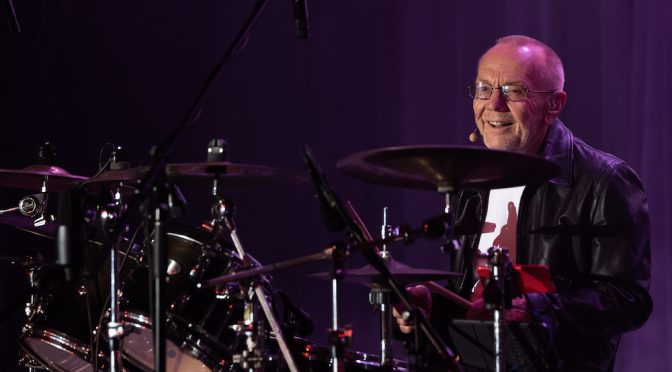 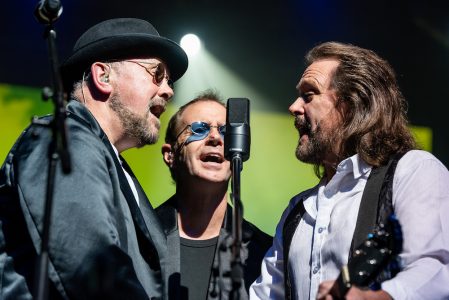 The Best of the Bee Gees Show brings a massive catalogue and original Bee Gees drummer, Colin “Smiley” Petersen to The Joan Sutherland Performing Arts Centre Penrith on Saturday 13 August from 8pm, for a concert packed with mega-hits and first-hand stories.

Colin was the earliest non-Gibb official band member and shares screen time in the latest bio-pic, How Can You Mend A Broken Heart, which was nominated for 6 Emmy Awards.  He was essential to the Bee Gees sound, driving the evolution of the super group on stage and in the studio over 4 albums and #1 singles including Massachusetts, To Love Somebody, New York Mining Disaster, I Started A Joke, Words, Gotta Get A Message To You, World, and many more.

A child drumming protégé, Colin welcomed Gene Krupa (Benny Goodman’s Big Band) to Australia playing his kit on the tarmac at Brisbane airport and later swapped beats at the hotel.

Colin says: “It’s wonderful that these incredible songs live on through this great show and I am thrilled to add another dimension by sharing my memories.”

Saturday Night Fever, How Deep Is Your Love, Stayin’ Alive, Grease, Jive Talkin’, Spicks & Specks, Words, To Love Somebody, Massachusetts, I Started a Joke, I’ve Got to Get a Message to You, Too Much Heaven, You Should Be Dancing and others.

“I’ve never seen a more professional tribute to the Bee Gees with those beautiful harmonies which are so difficult to achieve.  They have worked hard to reproduce the unique sound of my brothers.

So tastefully done.  Absolutely brilliant and I didn’t want to leave.

If you’re a Bee Gees fan, this is the concert for you.”   Lesley Evans (Gibb)

Tickets for The Best of the Bee Gees with Colin “Smiley” Petersen at The Joan are $79 Adults/$69 Concessions & Groups of 6+ and Family ticket $158 (2 paying adults and 2 accompanied children between 3 – 17 free, no babes in arms/toddlers).