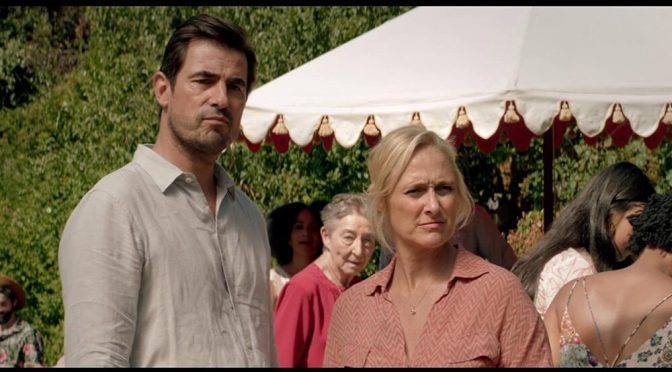 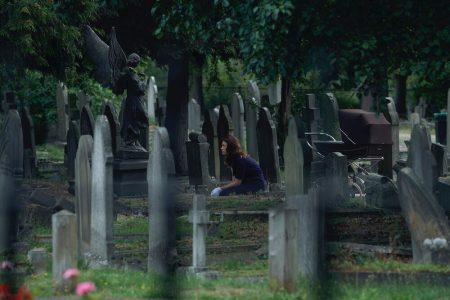 You get more Bang for your buck in THE BAY OF SILENCE thanks to leading man, Claes Bang. His portrayal of Will, the aggrieved and grieving spouse of schizophrenic Rosalind is mesmerising.

In a film where murky narrative obfuscates and muddies understanding, Bang is irresistibly watchable, whether doing the mundane of taking a bath or the horrific in burying a child.

Bang’s Will is brilliant whether bereft and bewildered or noble and nurturing, banging down the dinosaur ideas and narrow view of masculinity, firmly focused on family, protective and supportive after subjection to seemingly insurmountable slings and sorrows.

Caroline Goodall’s script, adapted from the novel by Lisa St Aubin deTeran, bears all the tropes of classic suspense – the locked suitcase, the ordinary man caught up in extraordinary circumstances, the mysterious woman with a past, the secret antagonist, a lonely house on a cliff, diverse plot twists, a pervasive sense of foreboding.

After the difficult birth of their son, Amadeo, rocks their carefully calibrated world, the unexpected arrival of a suitcase from France, filled with photos from the past, prompts Rosalind to abruptly disappear with her children, launching Will into a frantic search for his family across Europe.

Relief upon locating them in a remote French fishing village turns to horror when he discovers that his baby son has mysteriously died, Rosalind has retreated into a world filled with the ghosts of her past, and her twin eight-year- old daughters speak in riddles. Candy has disappeared.

In his grief and desperation he sees only two options: go to the police and risk his wife being accused of murder or cover up the death and protect his family. He secretly buries Amadeo and flees France with the remnants of his family.

The penny will drop for most audiences, with repercussions spinning on a dime, while plot points take a pounding. But the film’s currency is clearly with Claes Bang and certainly worth the bucks.

THE BAY OF SILENCE
DVD AND TVOD