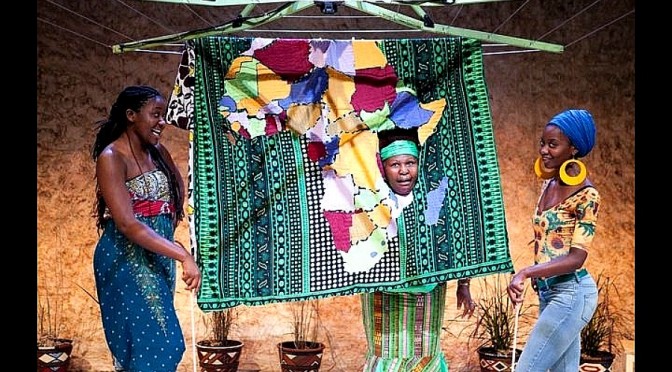 A wonderful cast of ten women vividly bring to life, the tearful stories of four African women refugees and their escape to Australia.

The four harrowing stories as survivors of abuse and violence are sensitively presented with both lightness and humour in an inspiring show that is filled with music, song and dance.

The writer has brought to life in broad strokes, all of the terrors and the impact of Violence Against Women, of becoming sex slaves whilst prisoners of war, rebel kidnapping, stolen childhood and ultimately the failure to obtain justice.

In the context of war or domestically, each has suffered extraordinary human rights abuses, and each has struggled to transcend their particular traumas.

These four inspiring women broke from the tyranny of silence, and gained the necessary confidence and courage to finally tell their extraordinary stories, and the subsequent journey of healing, transformation and acceptance that meant they were finally able to re-build their damaged lives.

At every performance, you will be shocked and deeply moved as these inspirational women have survived their past and now have the freedom to be who they want to be, to say what they want, and to be as amazing as they can be.

Yarrie grew up in a camp in Guinea. She is now doing her HSC.

Aminata is from Sierra Leone. She is now an ambassador for the UNHCR.

Big Mama Rosemary is from Kenya. She is now a community leader.

Yordy was a child soldier. Now she’s the mother of four amazing kids.

This highly recommended show (running 1 hour and 40 minutes without interval), is a ‘celebration of women, human rights, laughter and resilience’.

The show is now having a return season at Riverside Theatre, Parramatta  playing between the 18th and 21st February 2015.