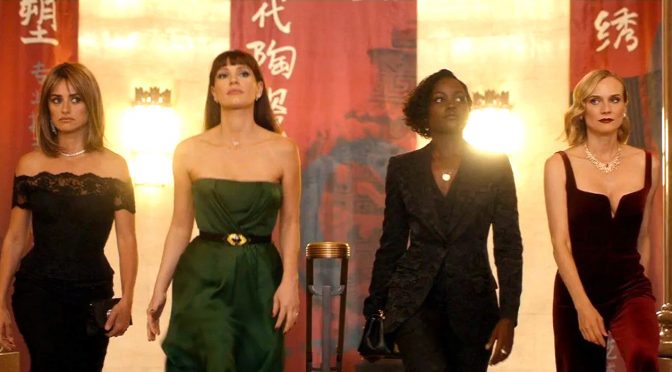 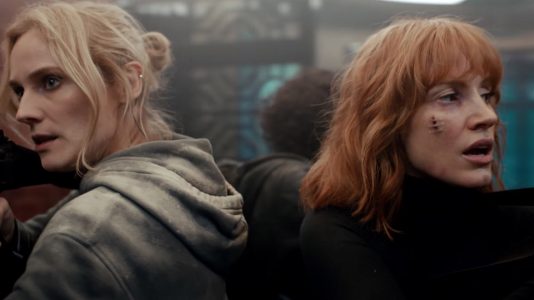 Comparisons with 007 are irresistible – the globe trotting, the glamour, the gadgets. But this is more a team effort, more Mission Impossible than the Bonds, and more equitable in its representation of individuals from various intelligence agencies forming a collective to kick arse and save the world.

True to formula, THE 355 rockets around the globe from the cafes of Paris to the markets of Morocco to the wealth and glamour of Shanghai, as this quartet of kick arse women shoot, punch, run, jump, drive, dive, fly, flirt and generally run rings around big swinging dick boys with toys.

It is preposterously good fun with a cast that commits to the fantasy. Penelope Cruz is especially good as the gun shy shrink and Diane Kruger displays the athletic agility, dogged determination and astounding stamina you want in an alpha actioner.

After a fairly tight and tense opening sequence, THE 355 settles into the comfy settee of formulaic action film with some explosive set pieces and plot holes you can fly a Hercules through but what the hell, the chemistry of this cast is the exquisite experience here as well as the lush locations.

THE 355 is a darn site better experience than Charlie’s Angels and may or may not spawn a series of sequels, or a franchise in the jargon of studio suits.

But if they can conspire to coerce the same cast I, for one, won’t object.

Directed by Simon Kinberg from a screenplay by Kinberg and Theresa Rebeck, THE 355 plays as a guilty pleasure of popcorn accompanying mayhem, competent without being surprising, solid without being sensational, geo-politically naive but gender political on point.

The blokes don’t come out of this at all well, nor does the CIA. The title comes from a clandestine code for a deep cover female agent intrinsic in the American War of Independence. Now there’s an origin story I’d like to see.