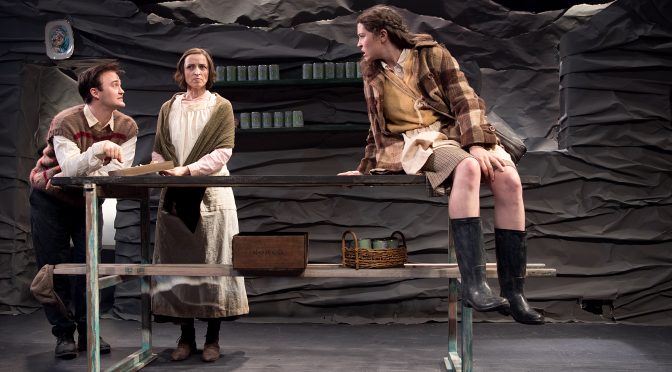 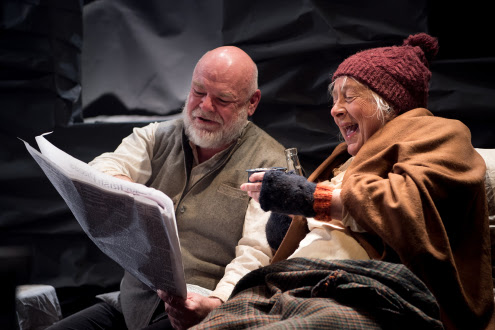 I loved this show. Like the best theatre it was as if I was cast under a spell in the intimate space that is the Old Fitz.

We are transported to the going on in Inishmaan, a small country town in Ireland. It’s a sleepy old town where nothing much happens, kind of like Porpoise Spit in Muriel’s Wedding, There are the two women who run a small corner shop which everyone visits. My favourite character is an old guy who is the town gossip, who comes in all the time telling them the latest news. Most of his news items are plain dead boring and the women tease him about it.

Then one day the guy bursts through the door with some news that is actually newsworthy. An American film company are coming to the town to shoot a film. Here is a chance for a bit of fame. Who had the nerve to say that no-one wants to know about Inishmaan?! END_OF_DOCUMENT_TOKEN_TO_BE_REPLACED 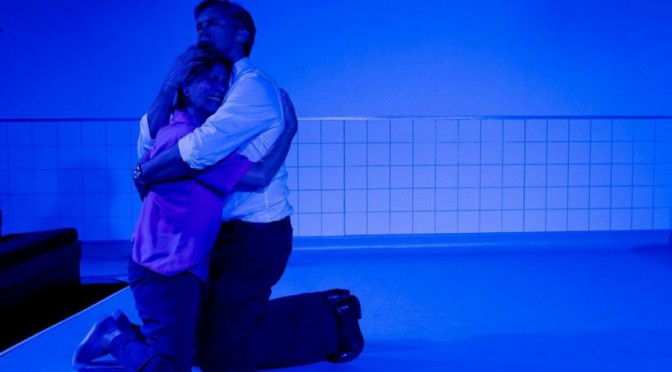 Suzie Miller’s play CARESS/ACHE, the  current production at the Stables theatre, is a very special night at the theatre.

To ID it for you, Miller’s work features inter-weaving stories in the tradition of works like the late Robert Altman’s film, SHORT CUTS. A central ‘umbrella’ theme runs through all the stories; the power of affection, of touch, of connection.

Miller fills the play with some very big journeys which fully Involve the audience. Here are just a few of these stories:-

END_OF_DOCUMENT_TOKEN_TO_BE_REPLACED 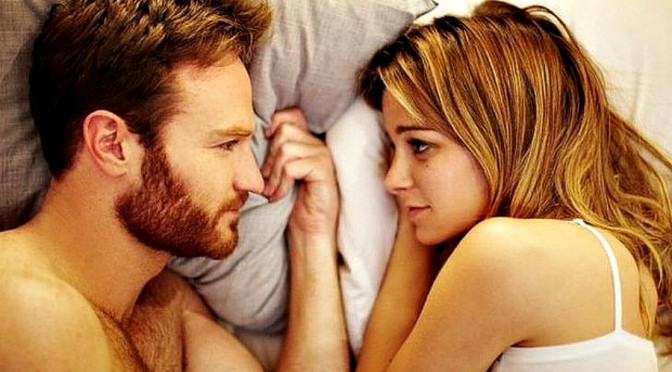 With his new film  THE LITTLE DEATH,  Josh Lawson has written and directed a very funny film. Various stories relating to the sex lives and fantasies of a group of friends and neighbours are hilariously examined.

The film opened at the Sydney Film Festival and the audience was laughing from the opening scene. It was difficult to hear all the dialogue during the phone sex scene (featuring Erin James and TJ Power) because of the waves of laughter resounding through the cinema.

THE LITTLE DEATH opens with a scene about rape fantasy; a topic that is fraught with danger and in the wrong hands could be destructive and traumatic. However, Josh Lawson handles the situation well with humour and sensibly avoids the potential hazards of this subject.

Other fantasies explored include:-  being aroused by someone crying and the tragic and comic depths someone will descend into to make their partner cry, being turned on by inherently funny role-play which happens to turn into an obsession, and being aroused by the sight of a sleeping partner. These fantasies make for some comical set pieces. Even though the film’s subject is about very intimate feelings and subjects, the characters tend to get themselves into complicated and ridiculous situations through their failure to have open and intimate conversations. This is incidental, really, as the film is lots of fun.

THE LITTLE DEATH should be released later this year. I thoroughly recommend it.

The Australian Theatre for Young People’s (ATYP) enterprising Artistic Director Fraser Corfield has chosen well in presenting, and in this case directing, British playwright Anya Reiss’s  debut play SPUR OF THE MOMENT, written when she was just seventeen years old. The play premiered at London’s Royal Court in 2010, directed by Jeremy Herrin, and is now having its Australian  premiere season. Reiss, brought out by ATYP, was in the audience for opening night.

The talented young playwright throws in plenty of fuel to get her play firing. We are taken into the world of a struggling middle class family at  a very tense time. Wife Vicky has just found out that her husband Nick has been having an affair with her work boss and is on the war path.

The Evans family are having trouble meeting their mortgage repayments. For this reason they have installed a lodger in the house, 21 year old University student Daniel. Their precocious daughter Delilah is about to turn thirteen, and is a handful. Even more so, she is  showing signs that she quite  fancies Daniel….

Corfield’s  production is strong all round. Adrienn Lord’s set is cleverly set up with its open plan view. We- the audience-see into the main rooms in the family home, all well detailed,- the kitchen, the living room and Daniel and Delilah’s bedrooms. Whilst the main action takes place in one room, we get to see what other characters are doing- in their own time, so to speak…

The show features an impressive cast who each inhabit their characters well.

Holly Fraser gives a strong performance in the main role as their precocious daughter Delilah, who is attempting to jump the transition from childhood to womanhood. Holly’s scenes with Joshua Brennan, impressive as lodger Daniel, represent some of the play’s highlights, at times very  funny and at other times tender and sad.

Lucy Coleman impresses as  Daniel’s girlfriend, Leonie, who  flies in to stay with Daniel for a while, and is like the meat in the sandwich, caught up in the crossfire between Holly and Daniel.

Even if you just go to see this show on the spur of the moment, you won’t be disappointed. Recommended, Anya Reiss’s debut play opened at the ATYP Studio 1, Pier 4/5, Hickson Road, Walsh Bay on Friday August 30 and is playing until Saturday September 14, 2013.