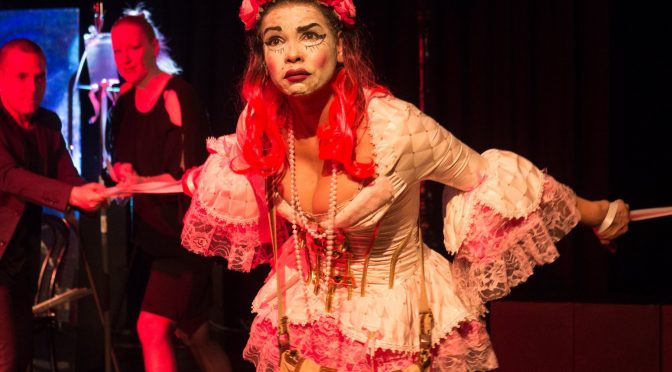 ART FOR ART’S SAKE examines the role of art and performance in the world, a fitting subject for a Sydney Fringe production. This short play shows glimpses of an artist’s life. The scenes of a film school class, dealing with galleries and working in a mundane job are amusing and insightful. There is an interesting narrative about a father advising his artistic daughter not to waste her life like he did pursuing an artistic dream. He suggests she should be like her brother and follow him in the corporate world. END_OF_DOCUMENT_TOKEN_TO_BE_REPLACED 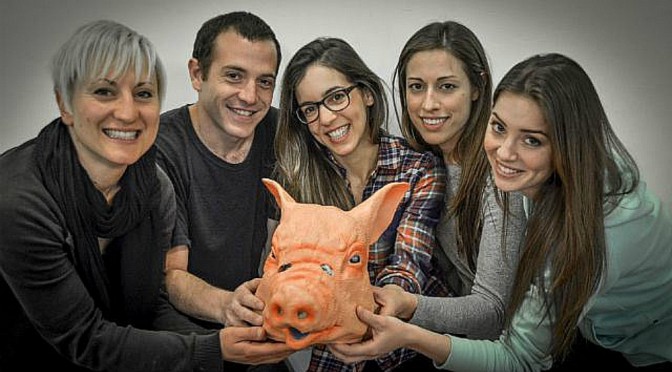 A FLOWER OF THE LIPS began in an informal manner with narrator Yiss Mill welcoming the audience, and shaking hands with people in the front row. Mill is the only bloke on stage, and he plays the author of the story about Bruno Aloi, his great grandfather. Bruno was a Calabrese whose work for the state as a prefect almost 100 years ago leads to his death. His tale of betrayal and murder is recounted by an all female cast.

The cast, with the exception of Marcella Franco (Bruno), all play multiple roles and the acting was fiery. Though the play’s stage directions direct that all adult males but one wear mustaches and hats, they wisely omitted this direction for the production. An all female cast in mustaches would have been far too cheesy looking to take the play seriously, and the best acting in the world would have struggled to overcome such accoutrements.    END_OF_DOCUMENT_TOKEN_TO_BE_REPLACED 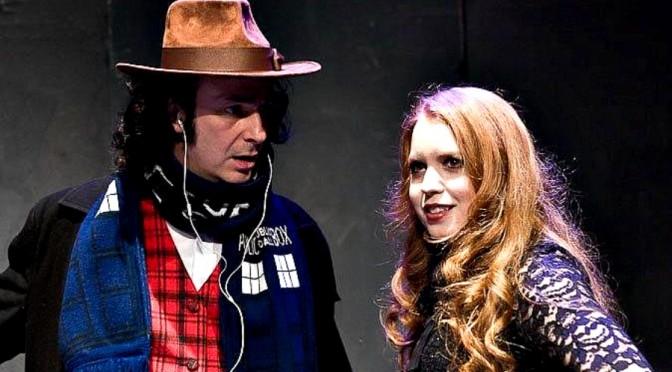 The Sydney premiere of this originally Tasmanian play went off with a bang and was hugely enjoyable, cast and audience having a delightful time. Whovians can spend hours gleefully noting all the Doctor Who allusions and in-jokes – the play is littered with them.

Director Kyle Stephens and his small cast have done a sterling job in bringing this fun play to life. The script is very cleverly written and in some ways structured like a two part story from the early years of the Doctor. There is a major cliffhanger at interval .

Originally premiered in 2009, McIntyre set himself the task of using a quote from every single Doctor Who story and it is great fun. The play has several NSW and local references, – it would be interesting to compare with the Canadian version that has just been completed.