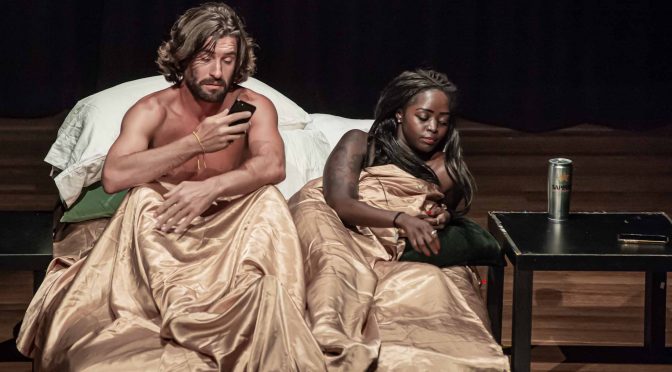 SHORT+SWEET 2020 SYDNEY – Top 80 plays, and this is week four of the eight week festival of brilliant S+S short plays. There are thirteen very different plays, including some with adult themes (trauma/suicide/nudity/full-nudity), being performed live on stage this week, at Short and Sweet, the world’s biggest little play festival. Dark dating dramedies, one concerned with death and dying, an important message play about 911 operators, one absolutely engaging comedy monologue, plus tinder comedy entertainment to end the evening.          END_OF_DOCUMENT_TOKEN_TO_BE_REPLACED 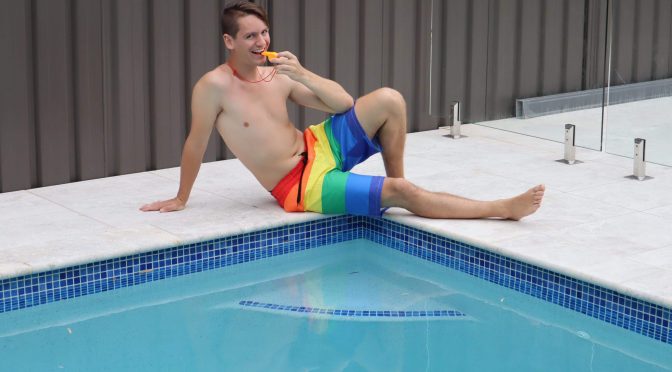 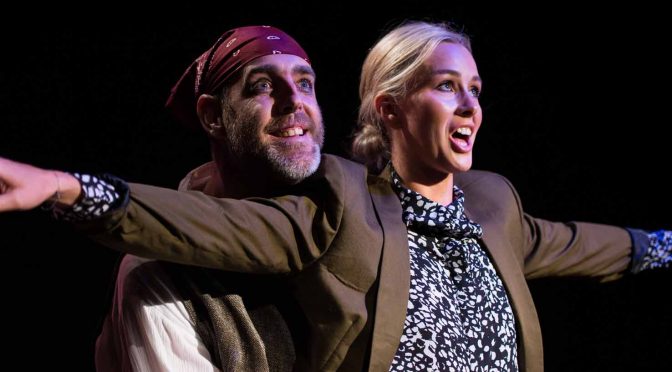 There are nine simply superb plays being performed live on stage this week, at Short and Sweet. Captivating, strange, unique, and laugh-out-loud entertainment galore, and one with live music.

Alex Broun, is one of the world’s leading ten-minute playwrights, and has written more than one hundred ten minute plays : http://www.alexbroun.com/  Dialogue intense dramatic delight, as Claire Bird and Michael Booker individually deconstruct each and every intense moment, day by day during the thirty days immediately after their relationship ended.

Written and directed by Kirsty Budding

Excellent comedy message piece set on Thursday 23rd June, the voting day for the EU Referendum, four Brits at a bus stop agree to disagree on the vote discussing Cultural Imperialism and stereotyping, all lead along to the very unexpected twist.

ITC Presented by The Monologue Project

Written and Directed by Pete Malicki

Comedy monologue as Katharine Babatzanis plays Darling Brown. Discusses her identical twin sister Jesse, berates her parents (Claire and John) for their calling their first born twin “Darling”.  Darling pretending to be Jesse, ends up enjoying being completely different to her identical twin, all caused by her hating the name her parents assigned her at birth.

Winning dialogue drama and timpani musical piece, with the drummers’s tap tap tap of musical syncopation on assorted musical instruments in the percussion family. Private language created in tap, introvert versus extrovert, a war between Wes with Jay, then Jay with Declan. Wes is trapped in his mind palace, by reliving all the complex events that occurred twelve months ago.

A beautifully costumed Pirate (Roger), arrives for his first job interview at the the Tax Office. Perfectly timed comedy with perfect cast, expertly directed, was a huge audience favourite on the Opening Night. Reliving the glory days of buccaneers and flogging, apparently this modern day pirate is a computer hacker. Perfectly chosen music with nautical sound effects, end the performance.

Written and Directed by Dilbagh Singh

Tulip is the delusional girl, trapped in the hot hell of her one room limbo. The devil is dressed as a doctor. Dressed in white as a nurse, is the angel. This fine drama, is subject to many possible interpretations.

ITC Presented by Half Boy Company

Delicious fictionalised dialogue, as we learn exactly how Marilyn Monroe and Arthur Miller met. All that they talked about, with a smoky haze caused by the cast constantly smoking a seemingly infinite amount of herbal cigarettes.

Back into the dating game, and always at the same restaurant, Stan is dating these three women, Rachel, Holly and Marie. Comedy dialogue flows as each woman has vastly different dating experiences with the same man. Delightful and well worthy of getting a standing ovation, and of course easily garnered the longest applause from the Opening Night audience.

Featured photo from Hidden Depths. All photos by Robert Miniter. 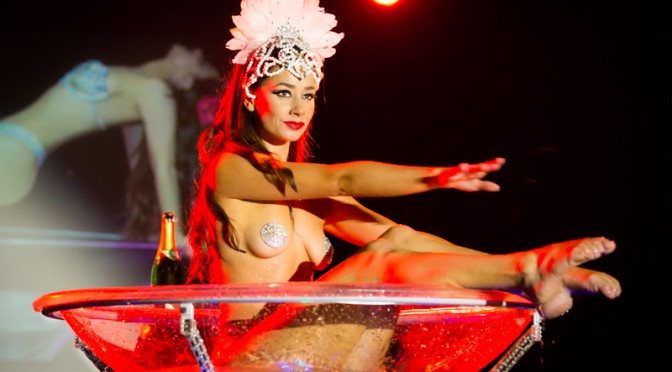 This is the final week of Sydney’s Biggest Little Cabaret Festival, with a brand new round of performances. The winners will go on to perform in the Gala Final to be held at 7pm on Sunday 7th February at the inner city venue Slide Lounge located at 41 Oxford Street.

Week 4 saw a great assortment of talent on stage. Emcee was the witty Cruello De Vil. In under 95 minutes, six superb ten minute performances were presented, with it being very difficult to pick the performance that will go through.

There was a good array of cabaret styles on display including female burlesque, cover songs, and songs with new comic lyrics.

This starred Miss Bellissima who first appeared wearing a beautiful black mirror-sequined gown, delivered a classic burlesque routine that showed her flexibility as slowly layer upon layer of clothing was peeled away from her slender body. Performed to Shirley Bassey singing Diamonds Are Forever from The Remix Album. Next she swam and danced on top of a gigantic martini glass, followed by opening a bottle of champagne, gently poured all over her body. A dripping wet crowd pleaser.                         END_OF_DOCUMENT_TOKEN_TO_BE_REPLACED