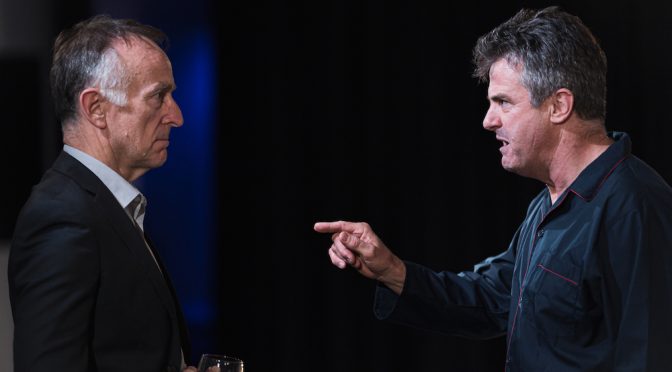 Next we are introduced to Agnes’ very difficult sister Claire who has been living with them for some time. Agnes and Tobias’ s frustration with Claire is that she won’t  be honest with herself. Even though she has been to countless AA meetings, she still tells them that she has control over her drinking and isn’t an alcoholic.  Meanwhile she takes another drink from their bar. END_OF_DOCUMENT_TOKEN_TO_BE_REPLACED 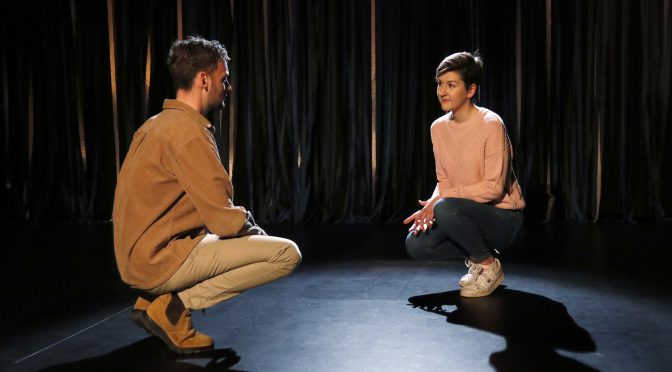 An empty stage is never an empty stage to a theatrical mind.  It is a place of possibilities … for passion and for ideas.  CONSTELLATIONS by Nick Payne is played on such a stage.

Marianne, a radio physicist, meets Roland, a beekeeper, at a barbeque.  Over and over they meet as multiple universes split off from their first quest for the secret of immortality.  These two will intertwine as their various lives intersect in short bursts of scenes which drop in and out of the multiverse.  It’s a complex watch and an even more complex creation.

In the current iteration there is a gifted creative team at work behind the show.  Director Victor Kalka often works with cast members Alice Birbara and Henry Hulme and on this occasion has guided his cast to a very coherent interpretation of some very difficult writing.  He has given this production an usual take, inspired no doubt by his interrogation of the text.  END_OF_DOCUMENT_TOKEN_TO_BE_REPLACED 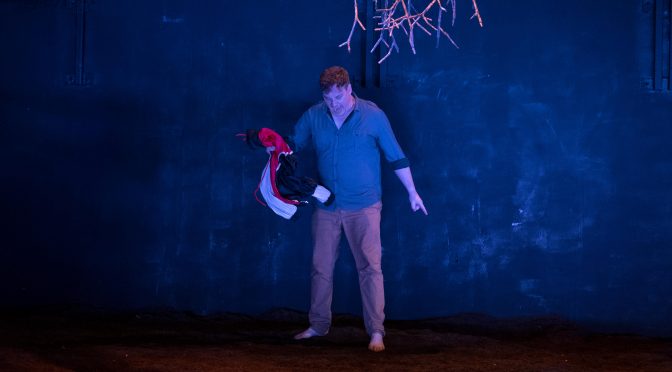 BROTHERS KARAMAZOV is Arrive. Devise. Repeat’s latest production. It is seductive in the scale of its ambition and engrossing in its elevated commitment to the exploration of Dostoevsky’s 900-page narrative defence of rationalism.  But it’s a tough sell. END_OF_DOCUMENT_TOKEN_TO_BE_REPLACED 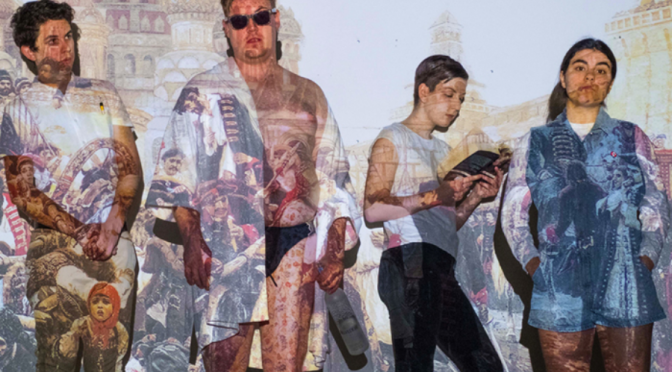 BROTHERS KARAMAZOV by Arrive.Devise.Repeat is in rehearsal and will play at PACT Centre for Emerging Artists from 6th December.

A wealthy landowner is brutally murdered in a small town, and each of his children is caught up in the crime. In the wake of the murder the writhings of a dysfunctional family are exposed: the petty rivalries, the romantic triangles, and the seething resentment.

For more about BROTHERS KARAMAZOV, visit http://www.arrivedeviserepeat.com
or  Facebook 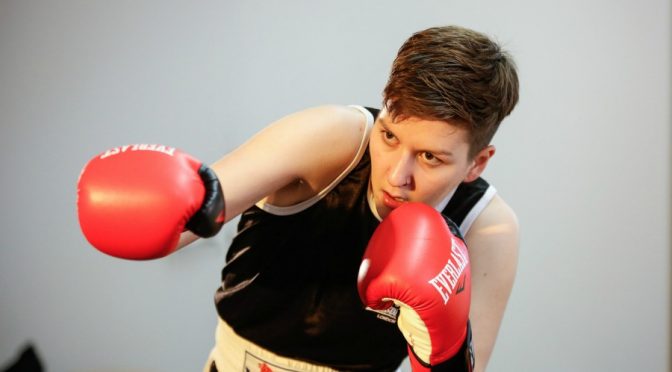 BITCH BOXER played as part of the Sydney Fringe and was performed in one of the tiniest rooms of the Erskineville Town Hall.

The stage is not much bigger than a boxing ring, the athlete is within touching distance… it’s close enough to see the scars.

Not the broken nose or cut eye of a traditional boxer but the insidious psyche-rending damage of gender, class and loss. Ambition and talent will get Chloe into contention but her primacy will depend entirely on well scabbed emotional hurts.

Chloe is 21. She is a female boxer who is up for the London Olympic Women’s Boxing Team. She lives in Leytonstone, spitting distance from the proposed venue. Her dad, an ex-boxer himself, has channelled her aggression at the departure of her mother into the sport. And there is a love interest who makes her feel soft and safe despite herself. Rounds are won but love, familial and romantic, might be the sucker punch that sends her plans to the mat. END_OF_DOCUMENT_TOKEN_TO_BE_REPLACED 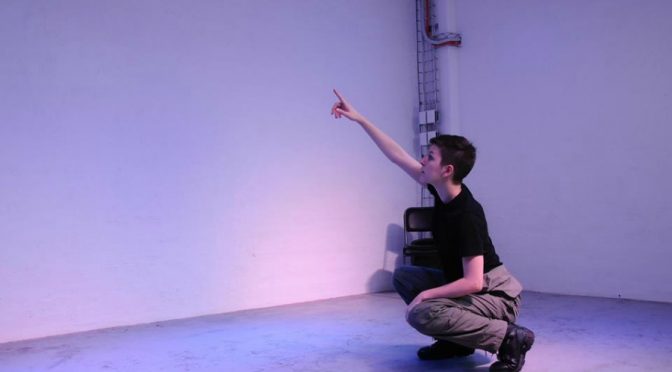 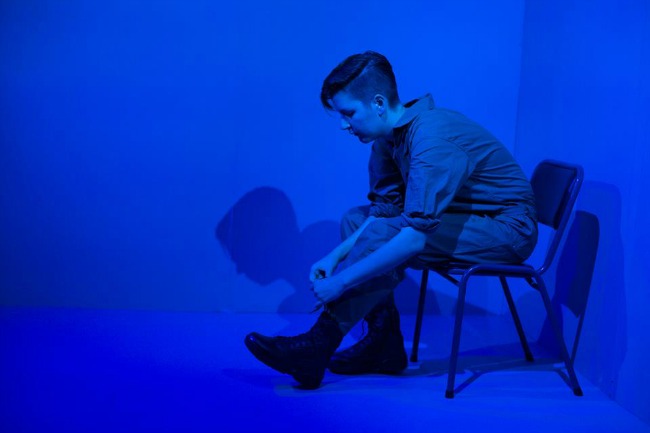 Look at the play script for George Brant’s one woman show GROUNDED (2014) and all you see are pages and pages of short thin lines of dialogue. Single spaced columns and columns of it. Often it’s just one word in a sentence and there are only a couple of stage directions in the whole script. Yet it’s a finely detailed, haunting story which explores the complex human cost behind what politicians are inspired to call victory.

GROUNDED has garnered several awards and nominations and attracted high quality artists. And sure, you can give it a high tech treatment like Director Julie Taymor (Lion King) did when Anne Hathaway undertook it to considerable acclaim on Broadway but the piece is delicate and any production of it comes down to getting the words from page to heart as purely as possible. Director, Victor Kalka has given us a version for THE FRINGE that has wisely put very few barriers between the page and the heart. As presented to us in a wonderful tour de force by Alice Bibara as The Pilot, the words are right there in that small white space and as if held by G Forces, you cannot get away. END_OF_DOCUMENT_TOKEN_TO_BE_REPLACED 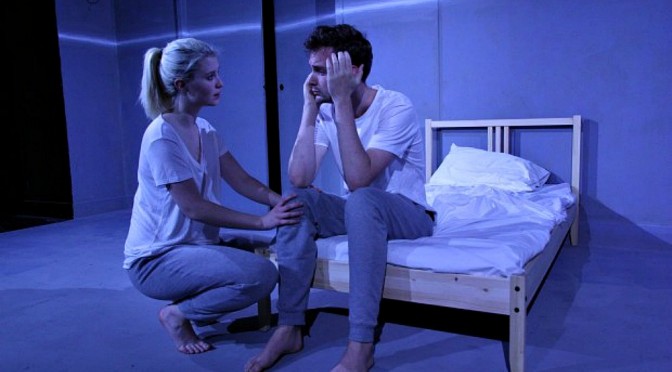 Set in a remote mountain cabin, Sam Shepard’s RED CROSS dissects the infectious nature of personal fears: Carol is terrified her head might explode; Jim is convinced he is plagued by lice draining his life; and the maid is scared of drowning. Together they push the boundaries of communication and shared experience in this surreal dream play.

The play is presented by arrangement with ORiGiN™ THEATRICAL, ON BEHALF OF SAMUEL FRENCH, INC.