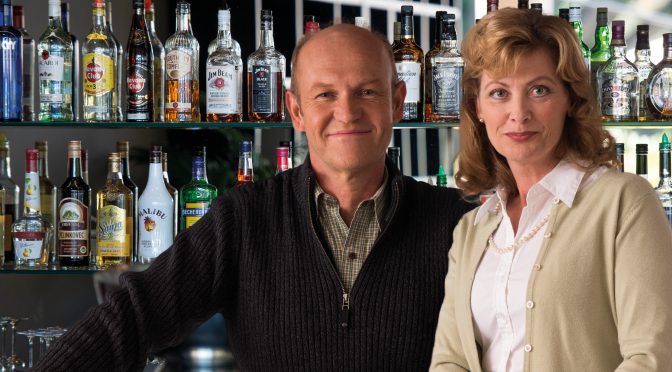 The Guide spoke to Kate Raison just as she is about to start a national tour of the Ensemble theatre company’s production of Jim Cartwright’s TWO with performances at Mackay on the eastern coast of Queensland.

The play, for those unacquainted with it, is set in a country pub, TWO invites the audience to pull up a stool for a night and meet the regulars – a motley crew of eccentric and hilarious individuals, each with their own story to tell. In particular, the publicans themselves – a married couple with an unspoken secret. Kate and Brian play all 14 characters.

Kate  said that the best of the play is that it is so easy to relate to all of the characters as they open up in the warmth of a pub environment and audiences get to know their stories. Kate spoke about how the play has universal appeal, it could be any pub, anywhere in the world, with people just being themselves. END_OF_DOCUMENT_TOKEN_TO_BE_REPLACED