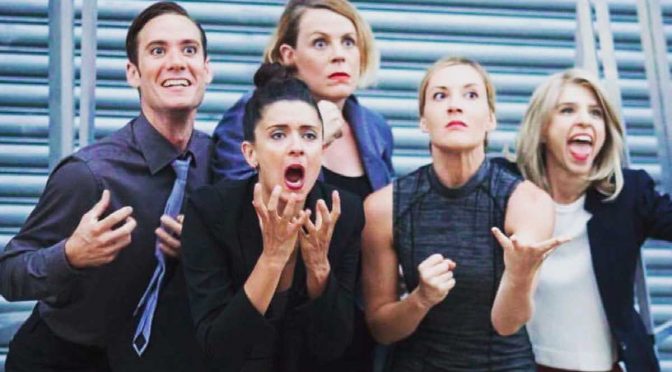 After a critically acclaimed season in Adelaide, TRADE is back at the Old 505.

TRADE is a fast paced, irreverent piece of physical theatre that delves into the world of fictional Hedge Fund Delta 1. Hurrah Hurrah have been developing TRADE since an initial residency in late 2014. It has been performed as part of the Old 505 Theatre (Sydney) Freshworks season and in development at Site and Sound Festival (Sydney). Initially inspired by the fall of French rogue Trader Jerome Kevel, Hurrah Hurrah have pulled apart the elements of his enormous descent, and reformed it into an exploration of the complicity of us all in the world we live in.                     END_OF_DOCUMENT_TOKEN_TO_BE_REPLACED