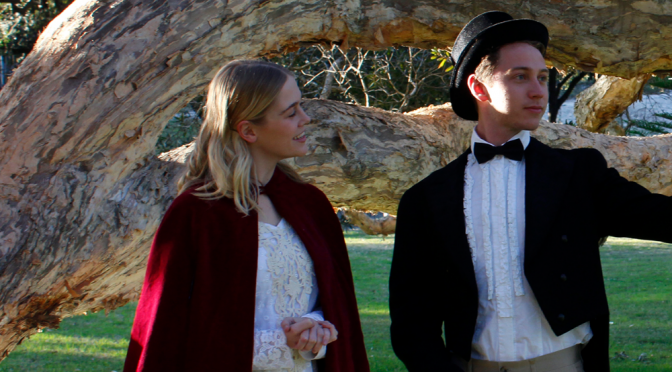 ARCADIA takes place in one room at Sidley Park, a gracious estate.   Initially we see the room in 1809 as a young tutor, Septimus, is setting exercises for his 13-year-old charge, Thomasina, the daughter of the household.  When the next scene moves to modern times, originally 1993 on first production, nothing changes in the space.  The two ages will share the large table which is the centrepiece of the production and an ancient tortoise which lives between eras.  The modern characters include writer/ researcher Hannah who is seeking answers to some elements of the garden and her academic nemesis, Bernard, a professor who is convinced of a Byron connection with Sidley.  The stage is set for a delicious, wordy treatise on time and our place in it. END_OF_DOCUMENT_TOKEN_TO_BE_REPLACED 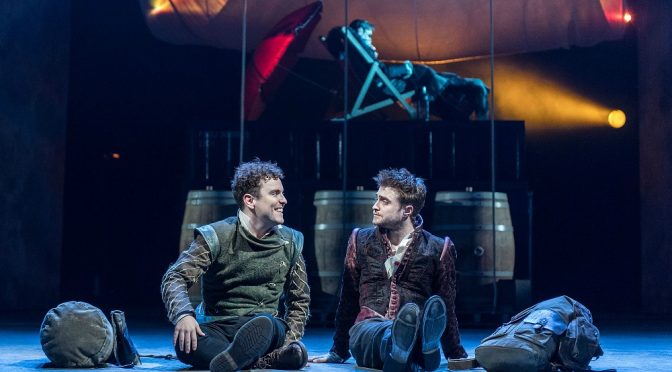 The set is fluid and changing and includes drapes with a fabulous dreamy Magritte- like cloud print for the opening scenes and sails and kegs of wine for the ship scenes. END_OF_DOCUMENT_TOKEN_TO_BE_REPLACED 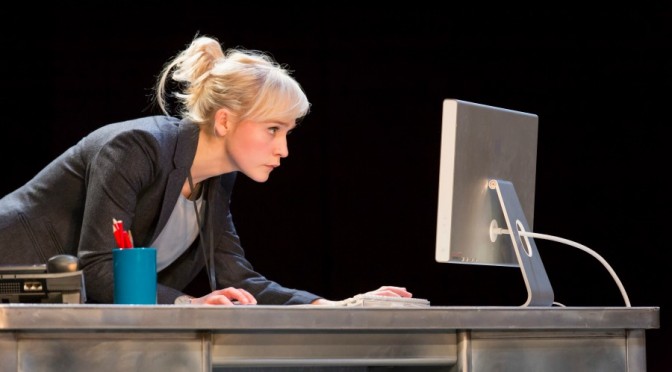 What exactly is consciousness? Is our identity the product of what Francis Crick calls “a vast assembly of nerve cells”? How much is human behaviour the product of altruism or egoism? Is there a God?!

These are some of the questions that Tom Stoppard asks in his deeply moving and explorative play, THE HARD PROBLEM.

This is the first new play by Stoppard in nine years and it has been produced as part of this years’ NT Live season. It also represents Nicholas Heytner’s final and very stylish production as the Artistic Director of the National Theatre. END_OF_DOCUMENT_TOKEN_TO_BE_REPLACED

Many talents contribute to the making of a fine play, and in ROSENCRANTZ AND GUILDENSTERN ARE DEAD which opened to an enthusiastic full house at the Sydney Theatre Company last Saturday, those talents were clearly visible.

The production was seamless, Simon Phillips’s direction flawless, the set both perfectly functional and satisfyingly inventive, the sound effects appropriate and the lighting (and, at all the right moments, the total darkness) effective.

As for the actors, all the cast were excellent and gave consummate performances. The stand-out ones, because of their major roles, were Tim Minchin as Rosencrantz, Toby Schmitz as Guildenstern, and Ewen Leslie as the Player. The play is long (about two and a half hours), and one has to admire their ability to memorise so many lines. Because the play is, in effect, a “three-hander”, its success, or otherwise, rides squarely on their shoulders. It can be stated, without reservation, that each meets that challenge adeptly. Indeed, for a large part of the play, Schmitz and Minchin are on the stage alone yet, by their actions, voices and timing- they seem to fill it.

Nevertheless, none of the above is truly memorable unless the play itself is a good one. History tells us that Tom Stoppard’s play must be very good, as it has been performed innumerable times all over the world since its premiere in 1966. Certainly it is replete with one-liners, puns and wit, and these all drew much laughter. But it must be said that without a knowledge of HAMLET you would not have any idea about the storyline, and even with that knowledge there were long periods where you would be equally lost.

It is an existential play, outwardly hugely comic, and inwardly very sad. If you do not like this unique combination, then the fine exercise of all the aforesaid talents still won’t make watching this play a totally enjoyable experience. However if you do like that mix, then this production is truly great theatre.

This Sydney Theatre Company and Commonwealth Bank production of ROSENCRANTZ AND GUILDENSTERN ARE DEAD, directed by Simon Phillips, opened at the Sydney Theatre, 22 Hickson Road, Walsh Bay on Saturday August 10 and is playing until Saturday September 14, 2013.